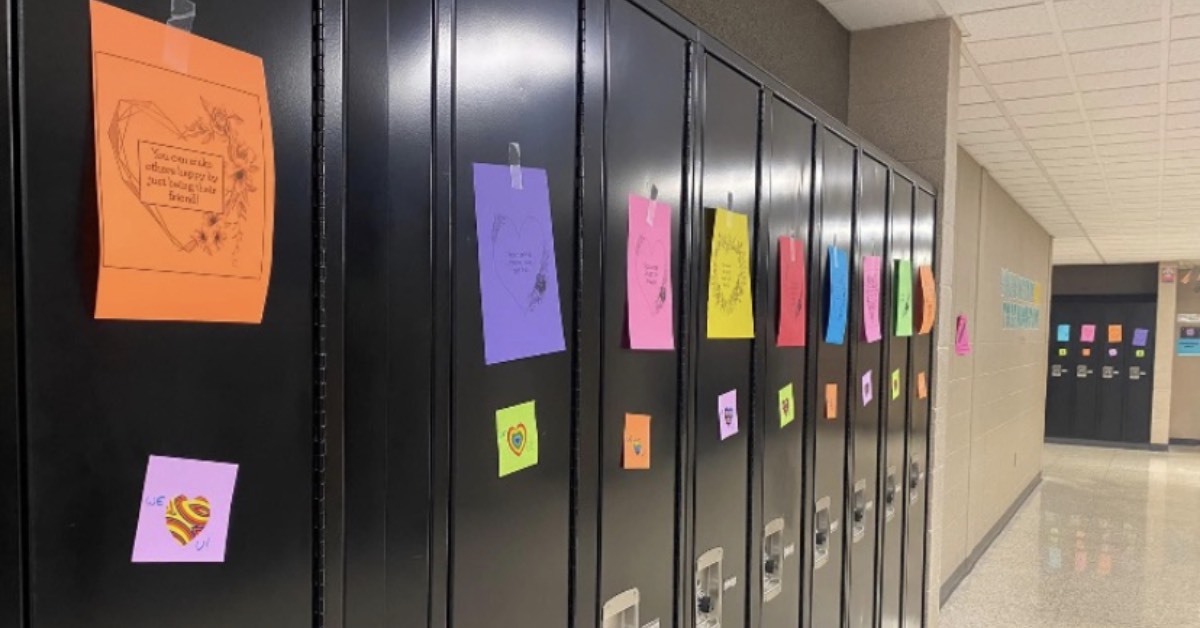 On February 12, students from all over Indiana, including La Porte High School (LPHS), traveled to Kankakee Valley Middle School for their Solo and Ensemble performances.

It was originally scheduled for the week previous, but La Porte was hit by a major snowstorm that caused the event to be rescheduled.

Senior Orchestra Performer Mya Khalida, who was a part of an ensemble, feels it's important to perform in solo and ensemble because it pushes people to learn something new outside of class.

“Solo and Ensemble is a way to feel proud of your accomplishments and gives you experience playing at a new level other than school orchestra,” Violinist Chloe Szumanski said.

Solo and Ensemble gives students an opportunity to practice teamwork and communication as they work together to dissect their musical pieces.

These students from band and orchestra have been practicing every day for months in hopes of receiving a gold score. Multiple performers reached this goal and LPHS couldn’t be prouder!

In other news, LPHS Key Club has been busy at work trying to bring a smile to La Porte students.

Members met before school, during Slicer resource time, and after school to put together Valentine’s Day cards to post on students' lockers.

Each card was hand cut for each student, and LPHS has over 2,000 students, which is a lot of cards.

Members sent in inspiration phrases to teacher Jaime Vincent, key club leader, and as a group, students decided which phrases to print.

Key Club members stayed after school on Friday, February 11, to put a card on each locker so when students walked in on Monday morning, they would have a Valentine's Day gift.

Making no profit other than the smiles of others, Key Club is making a difference at LPHS!

LPHS Science Olympiad team is shining through as well as they are off to state.

Science Olympiad has 23 events hitting on different fields of science such as biology, chemistry, engineering, anatomy, forensics, earth sciences, and others. Over 7,800 teams compete from all over the United States each year.

Often leaving before dawn, these event days can be long and strenuous, but that doesn’t stop LPHS.

With many topics to cover, team members have been studying all year for their specific events, and it has paid off. Seven medals in events were earned and a team score of fourth was rightfully earned.

These students are now working even harder, hoping to place well at the state competition taking place on March 12.

On Friday, February 18, LPHS will be hosting a variety show at 7 p.m., where students with a variety of talents will take the stage in the Performing Arts Center (PAC).

Matt Sullivan, LPHS band director, PAC director, and a member of the LPHS music department has designed this performance for years, though previous years have been challenging because of the COVID-19 pandemic combined with virtual learning.

LPHS has been trying to promote it as much as possible this year by posting posters in the hallways and sharing daily announcements.

Sullivan has high hopes after auditions that took place on February 4 and is confident LPHS can expect acts such as dancing, singing, sign language, show choir, jazz band, music solos, and even a rock band.

“The variety show is the coolest place to be,” Sullivan said.

The variety show will be a great way for students to show off their talents without the pressure of being judged or criticized. The variety is not a talent show in the way that there is no winner at the end; it is just a performance.

The entrance cost is five dollars at the doors. PAC performers do not have to pay and will receive a free pass to watch the show to support their peers.

In addition, the annual Girl’s Reserve (GR) dance is coming up. The big day is February 26 from 5:15 to 11 p.m. at the Heston Hills Event Center. The theme this year is boho masquerade.

GR is an all-girls club at LPHS where girls are introduced into a world of team-building, community service, and self-esteem building skills to help better the community.

“I do GR because I love helping people through community service, and at the time it was the only club I knew about. I said why not, and now I have fallen in love with it," Member Ava Holtz said.

GR is a great way to participate in the community and gain volunteer hours for college.

To attend the dance, members must have a minimum of 32 community service hours and admission cost is 10 dollars.

This is an odd year for GR because last year the dance was canceled because of COVID, so this dance is a first for many.

Ever since Teacher Ellen Bos was a child, she has wanted to be a teacher. Bos teaches Special Education at LPHS, more commonly called applied classes. An applied class is not like a typical class as it's focused more on a certificate of completion than graduation. These classes are more focused on the functional parts of life, such as budgeting and keeping a checkbook.

Bos earned her undergraduate degree at Indiana State University (ISU) and her masters at Indiana University South Bend. Before this, she studied speech language pathology at ISU.

She started off as a speech therapy assistant for the School City of Hammond. There, she was able to work in many classrooms, including general ed and all levels of special education.

Bos didn’t always want to be a special education teacher, though.

“I found that I had a niche working with students with more severe disabilities. I learned that there was a great need for more teachers in that specialty. So I decided to become licensed in special education for severe disabilities and I've been teaching for 26 years since,” Bos said.

These classes vary in sizes, but that doesn’t stop her from tailoring to each student's specific needs. She finds that this creates more of a range of abilities.

Finding activities for all her students is difficult, but she has found over the years that including each student in class discussions, giving breaks when signs of fatigue start to show, and making the lessons meaningful have proven to be successful.

Though teaching these courses have never been easy, Bos wouldn’t want to teach anything else.

“Teaching students with disabilities has impacted my life greatly. Working with individuals who have significant challenges helps me to keep life in perspective. I may not let things ruffle me as much," said Bos. "I have also learned not to assume things about people. Just because a person has some limitations doesn't mean they can't do great things or have a wonderful life."

When she’s not at school she loves traveling, spending time in nature and with her family, and running. She even ran in the 2020 Disney Marathon.

Junior Addysen Morros is standing out in the La Porte crowd. She stays busy in and out of school engaging in clubs and activities such as Key Club, Creative Writing Club, theatre, and horseback riding.

Though she cannot choose a favorite, she feels that participating in theater and horseback riding are her top two because of how much effort and love she has put into them.

Thanks to La Porte’s 4H club, Morros has been able to ride and board her horse, Duke.

Ever since she was a little girl, she has had aspirations of being on Broadway. She has been practicing by performing at the Little Theater for La Porte Little Theater Club and LPHS Theater Department.

In these performances she not only acts, but sings as well. Singing for Morros has been more than just a hobby. She has been singing for as long as she can remember and it has become a major part of her life.

“I can remember singing in the car everywhere we went as a kid, and I know that I've always enjoyed singing when we went to church. I've finally started singing at my church, First Church of God, regularly because of some really great supporters in my life, but I've sang in the Singing Company of the La Porte Choir since I was in fourth grade under the direction of Matt Nelson,” Morros said.

Additionally in her free time, Morros loves to read, write, and partake in any type of art.

“Whether it's drawing, painting, or pottery, I love to stretch my horizons when it comes to art,” Morros said.