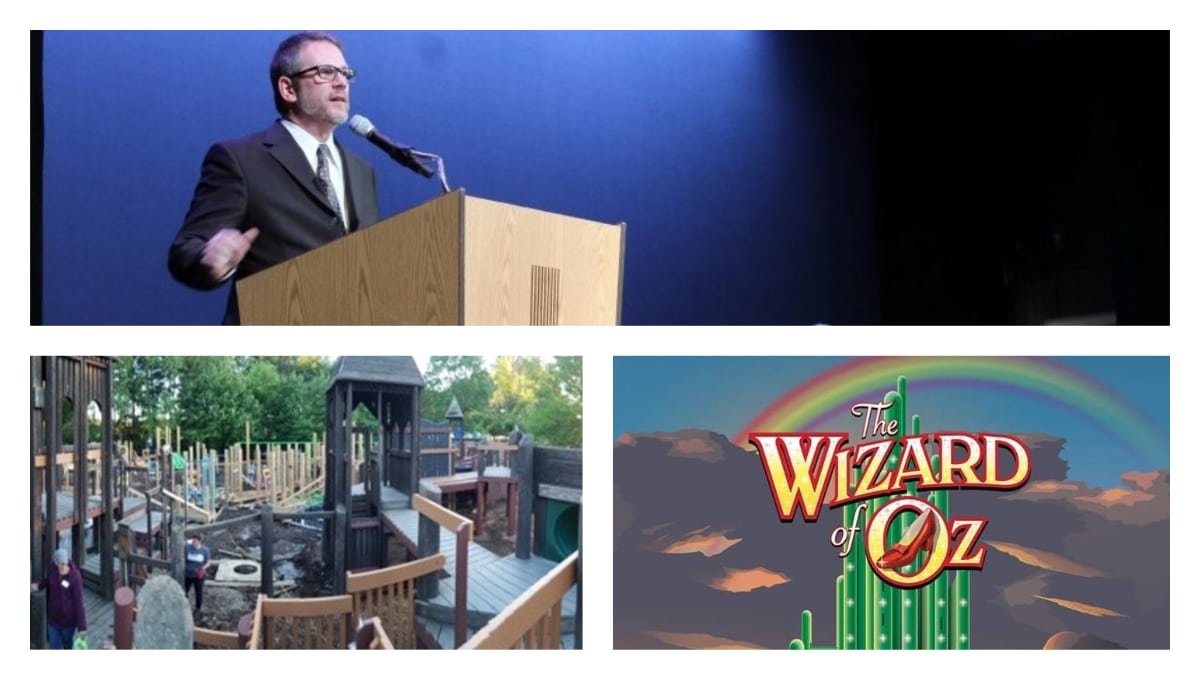 After Fort La Play Porte being used for almost two decades, the community has decided it’s time to renovate the family-favorite park. Over the many years of use, it is clear that the playground has been a local hotspot, which means that the wear and tear is becoming more evident.

The Healthcare Foundation of La Porte granted the funds for project design. The Fort La Play Porte team has received feedback from kids and adults all around La Porte through many public meetings. They want the original design of the playground to still shine through, while incorporating new features.

They hope to create a space especially designed for children from 2 to 5 years old. They want to add a zipline and an obstacle course, and they also want to include an accessible carousel and a wheelchair transfer station.

So far, the community has stepped up mightly. With many donations, fundraising, and spreading the word, the Fort La Play Porte is overly excited to have raised $30,000 more than the initial $50,000 goal.

June 10-15 was Build Week at the park. People of all different areas were ready to lend a hand. Crew leaders with construction experience led the volunteers throughout the week. A food committee helped organize, set up, and hand out food to volunteers during their laborious shifts. Lastly, others helped supervise the kids of the volunteers to keep them occupied while their parents got to work.

It has been a difficult but extremely rewarding experience for the community to come together firsthand and build something that will benefit all members of La Porte in some way.

Children of all ages will be able to play on the playground in no time, thanks to the fundraising money and the many volunteers who made this goal possible.

Something interesting coming up in my hometown

The LPHS theatre department has been working hard this summer with their very first musical: The Wizard of Oz.

The musical is being led by a few incredibly talented LPHS teachers. Richard Snyder, the director and production manager, has been spending nearly every night at LPHS leading the actors and truly transforming the play.

Along with Snyder, Jessica Tenbusch, LPHS dance instructor, has spent the summer choreographing and mentoring many of the actors in the play.

Tom Coe, LPHS choir director, has been conducting the vocal instruction of the actors.

The Oz cast consists of 32 students from elementary school all the way through seniors and even some recent Slicer grads.

“You may call them Munchkins; I call them the future of the Performing Arts Program,” Snyder cheerfully added.

They all agree that it has been an immense amount of work, but because of the strong determination of the staff and actors, the play has come together quite nicely.

With the performance dates being right around the corner, the actors and staff are perfecting every little detail so the performances are as well rehearsed as can be.

“Everything is running well, and the elementary chorus is super excited!” Sarah Smith, teen chorus member, said. “I’m sure we’re going to pull off a great show.”

Spotlight on an interesting person in the community

A new teacher at LPHS has shown to be a standout during the school year and the summer. Richard Snyder is the director of the summer 2019 play The Wizard of Oz.

Snyder was the mastermind behind the entire production. Between planning choreographers and music for the show, he additionally became the show’s production manager, and soon found himself creating rehearsal calendars, making countless lists, designing posters and T-shirts.

He also became in charge of conducting rehearsals and planning set movement on stage, and he also serves as the lighting designer and set designer.

Snyder’s incredible leadership journey started when he committed to getting a great education. He graduated LPHS in 1983, and he continued his education at Indiana University South Bend. His college decisions all began when he went on a whim and attended a scholarship audition. They offered Snyder free tuition, and he couldn’t turn that down.

Four years later, he received a bachelor’s in theatre, and he specialized in acting and directing. He also has a master’s in education, and has taught English 10, AP Literature, and Theatre Arts.

When he heard about LPHS opening up the new Performing Arts Center, it was almost like a new opportunity that was simply meant to be. The PAC was a new beginning for Snyder, where he knew he would be able to share his passion and develop an even stronger arts program at La Porte.

“To be able to share my knowledge of theatre and to give back, in some way, to the community that raised me is very satisfying,” Snyder said.

LPHS is incredibly proud to have a director who works hard, and who continues to make the arts program stronger day by day.