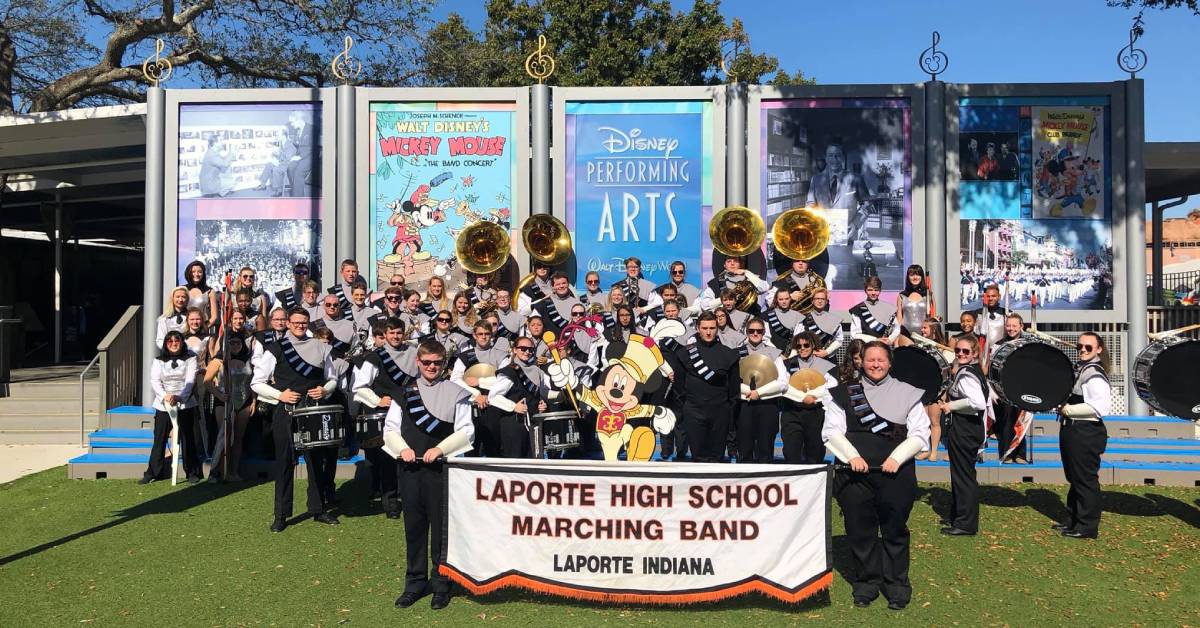 A new face at La Porte High School is making an early impact.

Carol LaRose, a new LPHS English teacher, has always been a teacher at heart, even when she wasn’t in a classroom.

LaRose has been teaching for four and a half years. All of her teaching took place just around the corner in Chicago at Our Lady of Sorrows and St. Stanislaus.

She taught three years in Chicago until a friend offered her a job in the financial market. She was quick to jump on the opportunity, starting her first business job at Drexel Burnham Lambert. LaRose eventually moved companies and began working at Deutsche Bank.

“I had not taken any business courses in college, so I felt this was a door opening into a field that I wouldn't otherwise be able to experience,” LaRose said.

While spending many years in banking, LaRose was still dedicated to strengthening her teaching skills.

“When I made the decision to leave teaching, it was always my intention to come back to the profession,” LaRose said. “I spent longer than I ever anticipated in banking but during that time, I went to night school to get my Masters of Arts in Teaching Secondary English.”

In addition to taking night classes while pursuing banking, LaRose still tried to get into classrooms as much as she could. She was a substitute teacher in Stevensville, Mi., and Chesterton.

When LaRose made the decision to come back to teaching, she wanted to look for a school that would be around a half-hour commute. LPHS fit perfectly, and the opening made her mind up, so she became a Slicer after the 2018-2019 school year.

Being a new teacher at LPHS, she only feels positive things about the strong Slicer environment that is contagious to anyone who enters the building.

“The teachers and administrators at LPHS are all really dedicated to their work and the students,” LaRose said. “The students are unique individuals filled with potential and promise.  Every school has a culture, and I really like the positive vibe at LPHS.”

LaRose is extremely proud to be back in an environment where she is able to help students become stronger individuals.

She believes that English is the foundation for the way students communicate, and she is overflowing with joy knowing that she is in the position to teach students everything she can to help them be successful in the future.

Eighth-grade standout musician Zach Kabacinski recently received an achievement that hasn’t been obtained in the community for 12 years.

Kabacinski was selected with nine other trumpets in the state for the Junior IBA All-State Honor Band.

He decided to try out after his 8th-grade band teacher, Megan Sullivan, recommended him.

“I pushed two students to apply because I felt that they were such serious and strong musicians, and Zach was one of them,” Sullivan said. “Each year, I consider challenging the top musicians at the middle school to submit audition recordings for this prestigious group. However, some years I do not encourage anyone to apply because the material is much more intense than a typical band class, and the audition process requires a special type of diligence and perseverance.”

Kabacinski was also chosen earlier in the school year for the All-Region IBA Honor Band, but he has never participated in an honor band as large as the Junior IBA All-State Honor Band.

To prepare for the audition for the All-State band, Kabacinski had to put time every night into picking up his trumpet and preparing the tunes.

“The audition took a lot of hard work and dedication to complete,” Kabacinski said. “I had to practice a lot and make sure my recordings were the best I could get them before I sent them in.”

In addition to the achievement on its own, LPHS band programs have not had a student get accepted into the All-State band for 12 years.

“I feel very proud that I was able to have a good enough audition to have the honor of being part of this band,” Kabacinski said.

Kabacinski was a standout before even being accepted into the large band. He participates in the LPHS Marching Band, Pep Band, and the middle school’s jazz and concert band.

He is expected to prepare six songs for his big weekend, January 16-18. The band will rehearse for several hours January 16 and 17 and then celebrate with a concert in Fort Wayne on the 18.

The weekend is a huge deal for all of the students going, but Kabacinski is particularly excited to meet new musicians.

“I’m really looking forward to meeting and playing with a lot of other talented musicians,” Kabacinski said. “I’m also really excited to play more challenging and advanced music than I’m used to.”

The whole La Porte School Corporation is in awe of this massive accomplishment. They are standing behind Kabacinski and can’t wait to see the turnout of the enjoyable weekend.

The La Porte High School Marching Band (LPMB) headed down south for an unforgettable trip to Walt Disney World to participate in its annual pre-parade march on Nov. 29.

The band departed for their overnight bus ride on Wednesday, Nov. 27. They made many stops along the way for lunch and dinner, and the following morning they arrived at their hotel to freshen up for their day at Epcot.

They were given dining cards for lunch and dinner, and they had the whole day to truly soak up the park in whichever way they wanted.

In the evening at Epcot, there was a firework show to conclude their first day.

Waking up early at 7:15 a.m. the following day, the band had a few hours to explore Magic Kingdom before marching in the pre-parade at 1:30 p.m.

The students were exclusive cast members for the day, going behind the scenes of the park, getting their own dressing rooms, and even getting to wear their own pair of Mickey ears.

Every four years, LPMB has a trip year, where they perform in a Thanksgiving Parade. This year Disney’s parade was up. The band students marched the streets around Magic Kingdom, and the Disney crowd cheered them on.

“Stepping out and performing in front of people from around the world was a once in a lifetime experience, especially with it being some of our last years with the La Porte Marching Band,” Alyse Ames, senior flute player, said. “Although we were hot and sweaty while marching, it was truly magical to be part of the Disney cast for a day.”

After the band marched, they changed out of their uniforms and headed back out into the park to continue exploring Magic Kingdom.

Visiting Magic Kingdom came to a close for the musicians with a massive firework show. They loaded their buses, headed back to the hotel for the night, and were ready to hit Animal Kingdom the next day.

Animal Kingdom was full of nature and exciting sights. The band spent half of the day there, and then around 4:30 p.m., they met up just before heading off to see the Blue Man Group in one of their main locations in Orlando.

The band shared tons of laughs, good moments, and music at the performance.

After departing the concert, the students enjoyed a dinner of pizza with sides with everyone in the band group before finishing the last night in the hotel.

The students ate breakfast and loaded their luggage onto the bus the following morning, December 1, their last day in Florida.

The final day consisted of the students and staff venturing off to Hollywood Studios. Despite being exhausted from the weekend, the musicians continued to ride many rides, try new foods, and walk around the park.

The band gathered their items at the end of the day and prepared to load the bus for another overnight ride back home to Indiana.

The bus ride ended up lasting approximately 22 hours one way, but LPMB can appreciate the ride because of all of the unforgettable memories made.

The LPHS bands are going to be participating with the high school art students for the band’s annual Recital Night in the middle of January.

On the special night, the art students will provide attendees free soup served in their hand-made ceramic bowls.

Throughout the next month, the band students and art students are going to be working endlessly to prepare for the night.

Band students will be playing in an ensemble of their choice, and they are given the option to perform a solo. Every year, the bands host the Recital Night to prepare the students for their ISSMA Solo and Ensemble competition. Plus, it gives the students a chance to practice their ensembles/solos by themselves, taking charge and completing the tasks needed to have a wonderful reveal of their songs.

The art students will be giving soup and bowls for free, but they are accepting donations in addition to their hard work for the concert.

LPHS students and staff hope to see a large audience that day in support of art and band students.