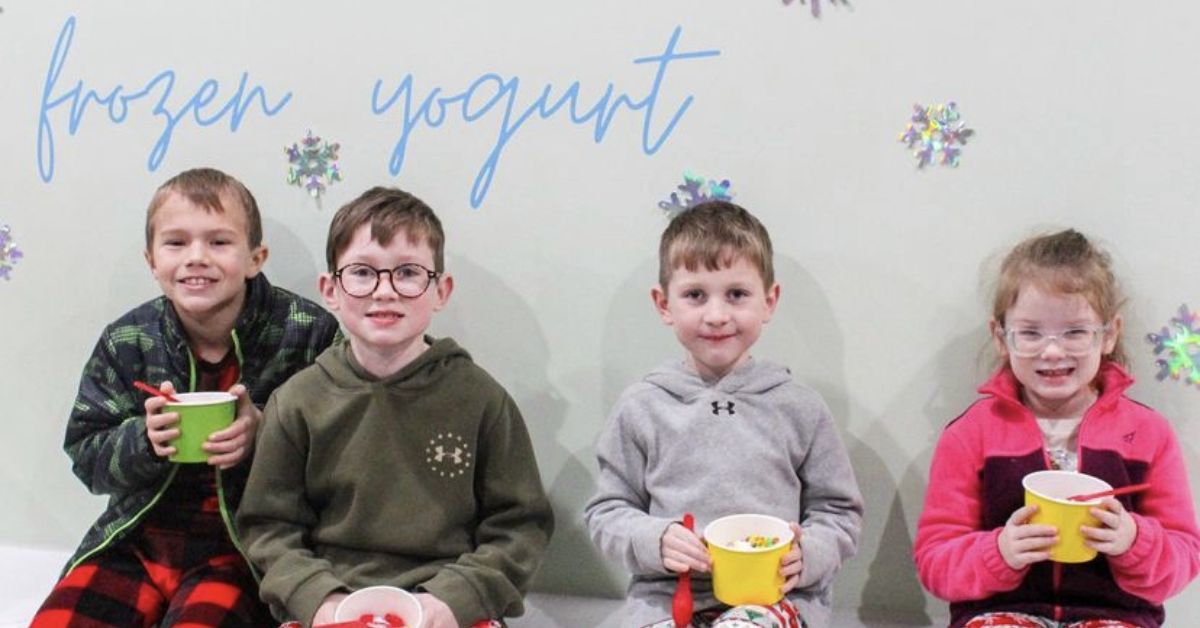 The month of December has been busy for the La Porte High School (LPHS) Slicers. The Science Olympiad season has started off, and the team made it to the Whiting Invitational. LPHS students Hunter Quadlin, Ian Bos, Nolan Bockhorst, and Chase Collins had themselves a day and brought home six medals between all of them.

The Performing Arts Center has been getting filled lately with LPHS students hosting a fall play. “The Murder Room” was a lighthearted comedy that brought laughs to the audience.

The Symphony Orchestra also performed its annual winter concert. The group got everyone in the crowd into the festive spirit after playing Christmas classics like “Silent Night” and “Carol of the Bells.”

LPHS also hosted its second dance of the year with the Winter Formal. Hundreds of Slicers turned out for a fun time at the dance hosted in the cafeteria. The Winter Wonderland Snow Ball brought the school another fun night where students could come with friends to enjoy music and dance.

It's the homestretch of the first semester for the Slicers. Finals are coming up on the final Friday and Monday before the Christmas break and will be a time for students to hunker down and try to secure the grades they want.

The reward is a very needed Christmas break after finals. It will last from December 21 to January 3.

Some exciting activities to do during the break in La Porte are to go ice skating at the local ice skating rink located on Monroe and State Street. After skating until your heart's content, you can stop by Downtown Delights across the street to get some holiday flavored frozen yogurt.

New Staff Member Ryan Steder has been making an impact at LPHS. Steder teaches World History and Ethnic Studies. Additionally, he is the track sprints coach and assistant coach of cross country.

Steder started helping out the track team as a freshman in college since there weren’t enough coaches on staff, but it has grown into a way to reach students and make a positive impact in their lives through building relationships, teaching speed, and creating a culture of positivity.

Steder grew up in La Porte and went through the LPHS education program, having teachers Kyle Chezem and Lorraine Tighe. He had the opportunity to not only learn from them as a student but to also develop professionally with each: once as Tighe’s cadet teacher during Steder’s senior year of high school, and once as Chezem’s student teacher during Steder’s final semester of college.

“I hope to become half as good of a teacher as either of them, and I hope to leave an impact on students like they did with me,” Steder said.

Steder’s favorite part of teaching is continually building relationships with students. He is a big believer that students will remember how you treated them longer than they will remember the lessons that you taught them.

The hardest part of teaching for Steder isn’t teaching the content, managing the classroom, or dealing with students that misbehave. It is finding a way to bring out the brilliance in some of the students that have shown promise but just don’t believe in themselves yet.

“The greatest advice I was ever given was to be the buffalo. It is from Steve Jones and Lucas Jadin, from ‘The Twin Thieves.’ ‘Your greatest opportunities will require you to confront the Twin Thieves. Don’t run from the fear of failure and the fear of judgment. Go toward them,’” Steder said.

Steder has avoided burnout by limiting his priorities. By doing this, he is able to have more time to focus on the things that are important outside of work.

Outside of school, Steder enjoys reading books, watching movies and TV shows, and going to Dunkin Donuts. In addition to relaxing, he finds it exciting to gain new perspectives and appreciate the works that people have produced in hopes of entertaining us.

Uxia Sanluis is a very special and unique person to LPHS. She is a foreign exchange student from Santiago de Compostela, Galicia, Spain.

In order to be able to come to the United States (U.S.), Sanluis had to apply for a scholarship to study in either Canada or the U.S.. Only 400 people from Spain would be accepted. She said the process was very demanding and hard because there were multiple stressful interviews and phases, but even after all the stressors she still came out successful and was able to get accepted.

After she was accepted, she got to travel to Madrid to go through orientations and get a visa. She finally left for the U.S. and said goodbye to her family on August 6. Sanluis stayed in New York for three days, during which she explored the city, and then flew to South Bend where she would be picked up.

“The goodbyes were very hard, but my family supported me through everything, which made it a lot easier,” Sanluis said.

Adjusting to the American lifestyle is not as easy as it seems. Sanluis had to welcome a new family, language, friends, and schedule overall. A major culture shock for Sanluis was how seriously parties are taken in America versus in Spain.

Though she had jet lag, Sanluis started adjusting when she was in New York. It was very difficult to change to a new eating schedule, but after a few weeks, her body adjusted.

Coming into the country, she tried not to have many expectations so she wouldn’t be disappointed if something wasn’t the way she thought it would be. She did think about all the school dances, and that was pretty similar to what she expected.

“My favorite part about this whole journey is learning about all the things I didn’t know and experiencing them in person, and I also have an amazing family that will always be part of my life now,” Sanluis said.

Some of her favorite memories back home are the nights she would have dinner with her family and laugh about silly things, or when she spent days with her friends either going out or just staying home watching some movies. Sanluis also loved playing water polo with her friends and teammates.

One goal Sanluis wants to achieve before she leaves in June is to visit every restaurant that Spain doesn’t have. She additionally is especially excited to experience the American Christmas.