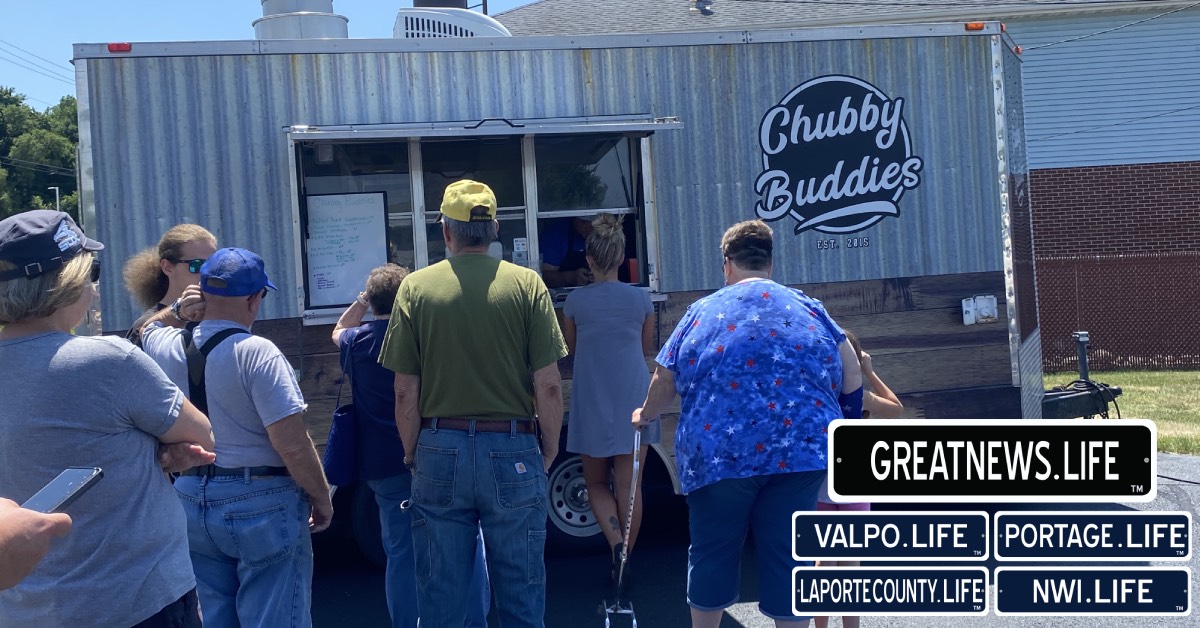 If you love food, listen up. Every Tuesday at Unity Park in La Porte there is a food vendor called Foodie Tuesdays.

The City of La Porte Park and Recreation Department started Foodie Tuesdays at the end of May hoping for big results now that school was out. These vendors are open from 10:30 a.m. to 2:30 p.m. CDT.

Every week there is a different vendor. Tuesday, July 19 is Social Que BBQ. July 26 is Smothered and Covered Fries and More, August 2 is Roundbelly’s Pizza, August 9 is Chubby Buddies BBQ, August 19 is Lulu’s Licks, August 23 is Social Que BBQ, and the last week will be Digzy Dogs on August 30.

It has been a hit in La Porte so much that the community has asked to open Foodie Tuesdays to the nighttime as well. From 4 to 7 p.m., certain vendors will be open. Since this is a new addition, the only available date coming up is August 2 where the vendors Roundbelly’s Pizza and Kona Ice will be open.

The Hoosier Star competition will be taking place Saturday, September 17 at 7 p.m. at the Civic Auditorium (1001 Ridge St.).

The five from the youth division include Lauren Eggleston from South Bend, Savannah Holley from Michigan City, Luke Housman from Rensselaer, and Krishaa Motycka from Terre Haute.

The five from the adult division include Laurel Blankenship from La Porte, Maddy Haskell from Lake Station, Jessica Johnson from Michigan City, Shania Povlock from La Porte, and Julia Thorn from Crown Point.

Though the performance is open to the public, it will also be streamed on the La Porte County Symphony website at www.lcso.net.

Jackson Street Garden is not new to La Porte, but it never fails to bring newfound joy to the community each year.

Jackson Street Garden is an open garden that anybody can come to pick a variety of flowers, vegetables, fruits, and herbs. There are over 50 individual garden plots open for u-pick.

In addition to u-pick, there is an area called the Share Table where individuals are able to donate any of their own produce.

"We are committed to growing food communally and to giving back to our neighbors,” said a member of Jackson Street Community Garden.

Though some vegetables and herbs are ripe enough for picking, most are still blooming and growing. In the next few weeks, we can expect lots of readily available produce.

Volunteers from the community come and water the produce whenever they have time. Jackson Street Garden is managed and underwritten by the Pax Center, State Street Community Church, and other individual and corporate partners.

Downtown Delights is the go-to spot in La Porte. It is a frozen yogurt shop full of sweet treats and memories that opened Labor Day weekend of 2021 and has been a major success ever since.

Courtney Dickman is one of the owners of the shop. She is 23 years old and has lived in La Porte since she was eight after she moved from Chicago.

The three owners of the shop are Courtney Dickman, Michelle Dickman, and Mary Tagler. Michelle originally came up with the idea to bring a frozen yogurt shop to La Porte. She always went on trips to dessert shops, and she wanted to bring fun memories to La Porte.

Downtown Delights is located in a 160-year-old building on the corner of Lincolnway and Monroe Street. It is right in the middle of downtown with easy accessibility to fun events such as farmer’s markets, holiday cookie walk, Halloween Spooktacular, music festivals, and seasonal pop-ups. In addition, it is located across the street from a splash pad with tables and benches.

Courtney loves to partner with and support other local businesses. She is a proud supporter of the community, and her goal is to make the community the best place to live, work, play and dine.

“Our mission is to create a gathering place for other families and friends in the heart of LaPorte, Indiana. We embrace our roots of a tight-knit community, welcoming hospitality, and delicious dessert,” Courtney said.

She proudly serves frozen yogurt made with all natural ingredients. These flavors change every two to three weeks. Also sold are natural smoothies and floats.

Though it is only located in La Porte, Courtney hopes on expanding to Michigan City and even having a food truck.