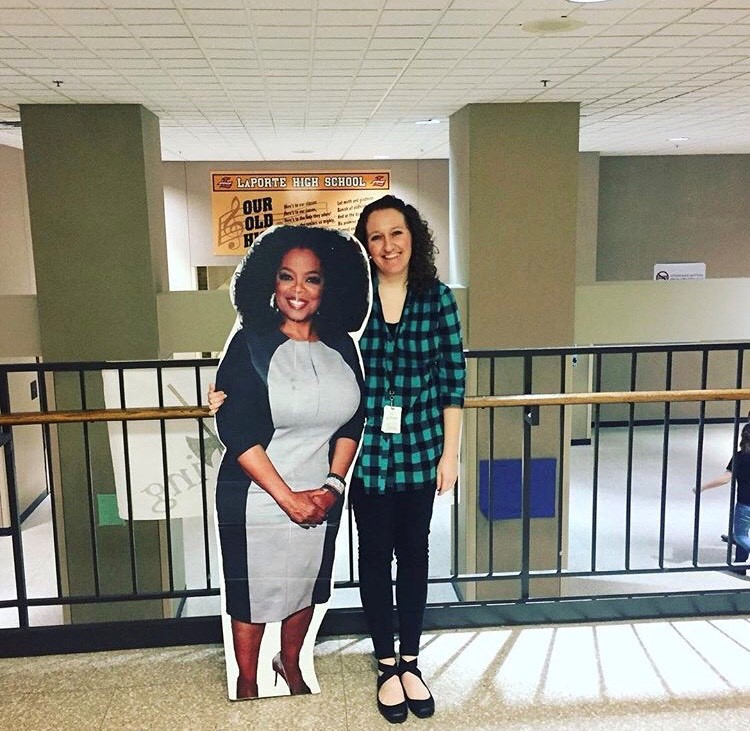 English teacher Miss Parker is the epitome of positivity. She encourages courage, kindness, and emotional control within her classes due to that same inspiration throughout her childhood. She has made her mark not only on her students, but on the community of La Porte. The kind of positivity she radiates shines through her work as a teacher and a writer, and that is why she was named ‘Teacher of the Month’ for February.

Parker attended Indiana University Bloomington and studied English and Journalism Education. To be able to teach Journalism, she had to take 22 credit hours, and finished half a year earlier than is recommended.

“College was hard for me at first. I almost didn’t make it in Bloomington; I was so homesick. It made me learn to be more independent, it made me realize how strong I am; I can do things on my own. I think that was the first time I really realized it. College kind of pushed me out of my shell,” Parker said.

Parker teaches everything English that one could imagine. From Journalism to Public Relations to running both the school Yearbook and Newspaper, she is constantly busying herself with something. One of her biggest accomplishments is the Kindness Campaign, in which she leads all of the students involved to participate in acts of kindness around the community.

“I’d watched the Kid President video over Winter Break. When we got back, I showed the class. The challenge was to spend that year making other people’s year more awesome. So I asked the class, ‘Do you guys want to do this with me?’ and they were like, ‘Yeah!’ And literally that day, they all stood up and said, ‘Let’s go to Mrs. Ridley.’ They lined up, they walked into her room, and they each gave her a compliment, and she started sobbing. So they walked back and were like, ‘That was the coolest thing we’ve ever done. Can we do this every week?’ And so Jake [West] grabbed a piece of paper, I couldn’t see what he was doing, and he ran to the corner, and he was scribbling, and he created a sign that said, ‘Kindness Campaign 2013’,” Parker said.

Parker’s footsteps of positivity have always been one of the most well-known aspects of school. She is the one teacher most know they can trust and will always smile at them in the hall.

“It’s for my own personal benefit, because I don’t want to be super sulky, but also for you guys. When you walk by this room, I will look at you and will say ‘Hey, how’s it going?’ and probably something weird in the hallway, too. I want students to know - even if I have to yell down the hallway and wave at you - that at least you know that there is someone in this building that sees you. There is so many students that walk through this building everyday and never hear their name, and I can’t imagine what that feels like,” Parker said.

In order to brighten up the school even more, Parker has applied to a program to be certified in social and emotional learning and school culture. She hopes that her role in the school will help make it so more students will want to come and even enjoy their time in high school.

“I want students to feel like they want to be here, that this is a good place, that they can get along with their classmates and their teachers, and that when we do things it’s for the right reasons. I really think that we need to work on that in this school. I hope to take what I learn through that program to do big projects here. We need to take care of each other’s hearts, too, as well as our minds. You guys are more than just a test score, and we need to help you regulate your emotions before you leave, so you know how to do it later on in the real world,” Parker said.

Parker has taken what she knows and used it not only to better herself, but to teach her students. She is constantly letting people know that it is okay to fail, in fact, sometimes it is good to fail. She translates her positivity into something so much larger than an emotion, and there is no doubt that she will change the world in the way her younger self wanted to. 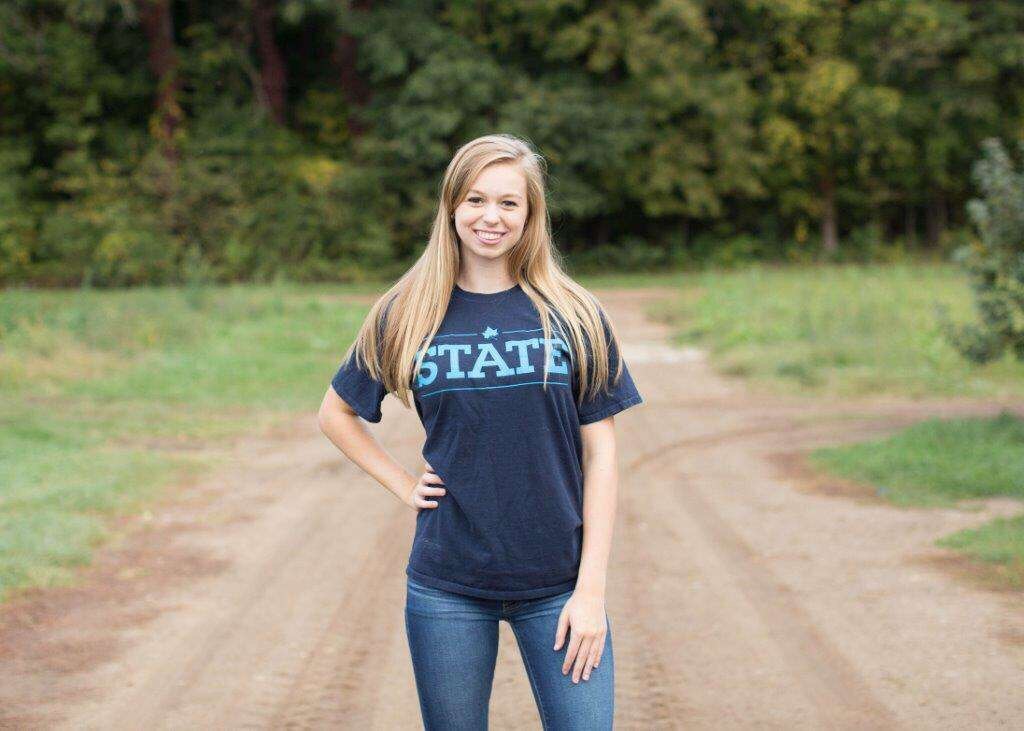 Being well rounded in high school can be crucial when deciding not only where you want to attend college, but what exactly you want to study there. Engaging in a variety of clubs and sports can give a student more life experience and a more fulfilled experience. In the case of La Porte High School senior, Abby Zila, that is all too true.

Sports wise, Zila has been swimming competitively since she was seven years old and was on the high school swim team all four years.

“I had an awesome coach from Turbos named Ryan Letts. He is the reason I fell in love with the sport again because I almost quit. He taught me so much and worked with me to become a better swimmer and person. He was an awesome coach and I wish he could have coached me in high school. I also worked with the new Turbos coach named Megan over the summer because I wanted help with technique so I worked with her and she was great also,” Zila said.

Zila has also been apart of an array of different clubs. Academically, she is in National Honor Society and Spanish Club.

“I wanted to be apart of this elite group [NHS] because I like volunteering and it was an honor to be chosen,” Zila said.

The other clubs she is in all revolve around community service, such as Work Ethic, Interact Club, Girl Reserves all four years, and was apart of the newspaper staff her sophomore and junior year.

“I do a lot of community service because I like giving back, and it’s a great way to meet new people. As for newspaper, my friend Bethany told me to do it, and it was one of the best decisions I made because I got to have Miss Parker as a teacher,” Zila said.

High school for Zila has been a learning experience. All of the memories she has, both good and bad, have indefinitely prepared her for her future.

“In high school I learned to make memories and that life goes on. Life is full of chapters. High school is one and swimming was one. I guess what I am trying to say is they were a part of my life and there were ups and downs to both, but I am ready to move on to my next chapter,” Zila said.

As for her future, Zila plans to attend Indiana State University for nursing in the fall. There is no doubt that she will succeed in whatever endeavors she decides to go for, and hopefully she will learn more life lessons along the way.

Based on the 2005 animated movie by the same name, the show is about four animals who escape Central Park Zoo and find themselves stuck on the island of Madagascar.

“The size of the cast fits our show choir perfectly, and it’s something that a lot of people know and enjoyed as a movie. The music is all really fun, although challenging,” Mr. Coe, choir teacher, said.

The students involved were over the moon to learn about the theme and the message behind it, especially since most of them had grown up watching the original animated movie.

“I absolutely love the theme! Marty shows true friendship by never giving up on his best friend, Alex, no matter what. The entire cast does an amazing job with all of their characters, making each and every scene enjoyable to watch and perform,” Elisabeth Novak, junior and show choir member, said.

The camaraderie between the characters on stage almost replicate the bond between the members of the show choir. Over the years, the 12 students have become closer than ever.

“My classmates have become my best friends. We all work really hard to perfect our parts, and in the end, it’s so rewarding to put together a full show or performance,” Novak said.

Altogether, the group put on a fantastic show. It really showed how friendship can transform a performance and engage the audience, while also giving the older people a little bit nostalgia. 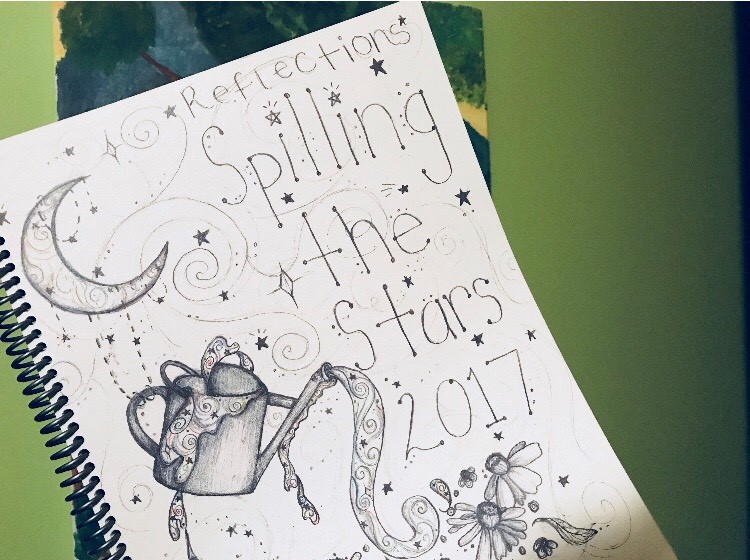 Springtime for high schoolers is a big deal. While seniors spend their last season in high school worrying about their future, the underclassmen pride themselves in finishing the year off strong. As for the La Porte High School 2018 Creative Writing class, they are in full swing creating their award-winning literary magazine.

The class itself is creative, busy, and chock full of responsibility. With roughly three months to create the magazine, the material itself is split into two sections of the trimester. The first is dedicated to the substance, or in other words, the writing. The students are given prompts assigned by the teacher, Mrs. Cooper, and are required to share it with their peers.

The second half is all about physically making the magazine and choosing which pieces are going to be in it. The class reads every submitted piece of writing and is responsible for giving each a score. All writing is anonymous and can be submitted by any student in the school, but most of it is written by the students in the class. Each student has to format at least two to five pages, and the editors will add the finishing touches.

There are two editors every year. One is always a senior that has been editor the previous year, and the second is a junior that is meant to take the other’s place come next spring. This year, senior Keeley Higley and junior Zach Eason will fill those shoes.

“As an editor, I do a lot of arranging for the magazine. I decide how many pieces of writing are on each page, what pictures should accompany them, and who gets to actually make the pages. I also get to go through once it’s all done to edit grammar and writing errors,” Higley said.

The students that participate truly do enjoy writing and put a crazy amount of time and effort into their work. The experience enhances their writing skills and helps to push them out of their comfort zone by sharing their pieces with the class.

“My favorite part of the class is when we all share our pieces aloud. It’s inspirational to see typically shy or reserved people speak their minds, and hearing literature being read aloud gives the tone a lot more impact,” Higley said.

Creative Writing is a one of a kind class that gives all students who take it a real sense of what that kind of work is all about. By the time the magazine is printed and handed out, the students really do realize all that they have done and the effort that it took to get there.