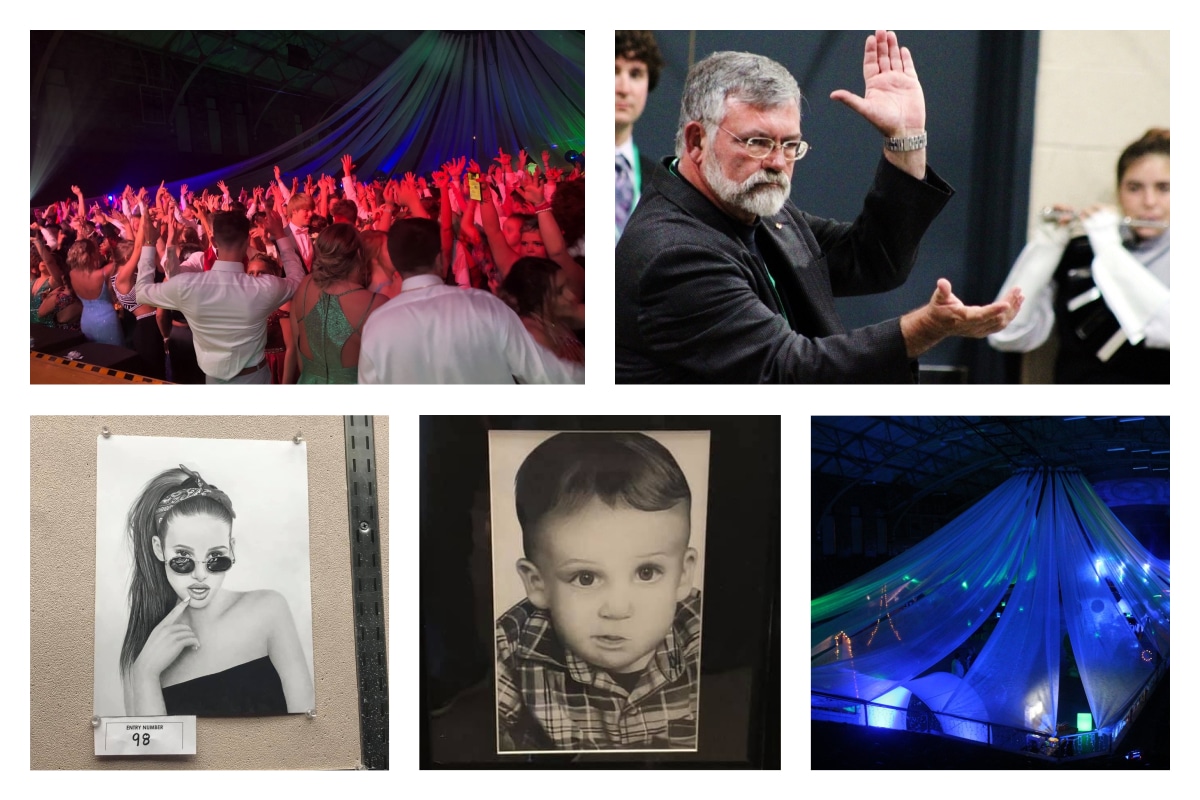 Freshman Slicer standout Alayna Jackomis recently won a “Best of the Show” ribbon for her Nicholas drawing at the Tri Kappa Art Show. She also is proud to have won second place on her Madelaine Petsch drawing.

“I really appreciated the support I was getting from people I didn’t even know on Facebook when the school posted my drawings on their page,” Jackomis said. “These are the people who give me the motivation to continue with this hobby, along with my friends, family, and teachers.” 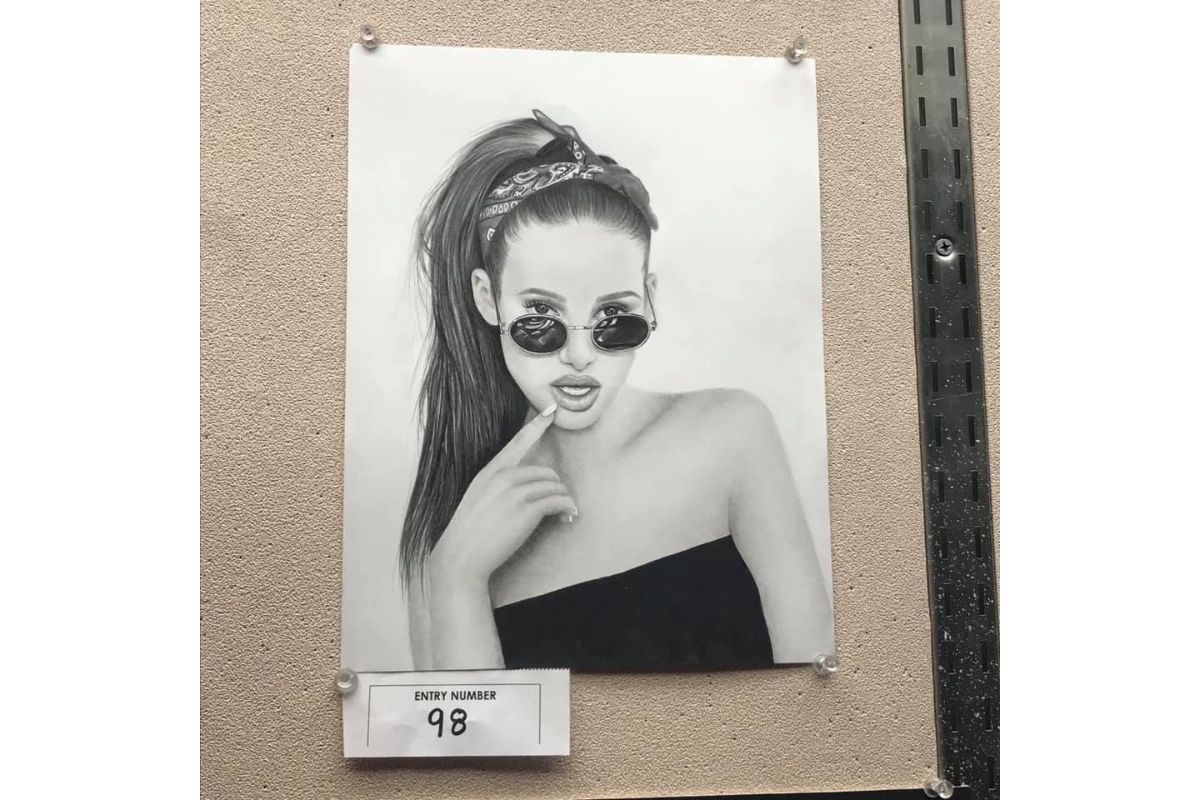 As she moves through high school, Jackomis plans to continue the art path she is already on. She has taken 3-D Art and 2-D Art, and next year she is planning to branch out and take a painting class, and advanced 2-D Art.

Since she has been involved in art for most of her life, she has learned to love and appreciate it. 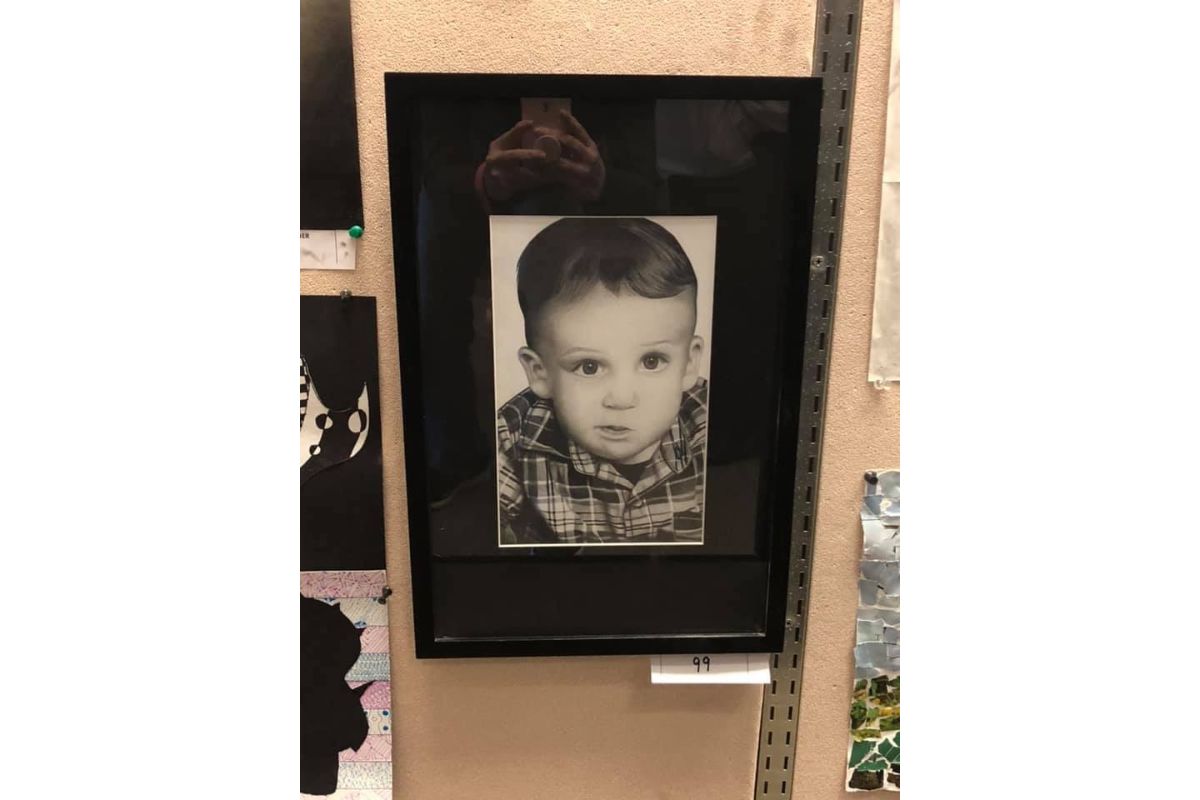 “Art to me is an interpretation of how you see certain pieces. It’s the way your mind interprets it through emotion. For example, one person may strongly dislike a piece and not see any significance in it. However, if you see the world differently, you may appreciate it and really enjoy it,” Jackomis said. “Art is subjected to every individual’s opinion. No one is right or wrong.”

Jackomis doesn’t know what the future years will bring, and she isn’t sure what career is meant for her, but she does know one thing: she is going to create art forever. 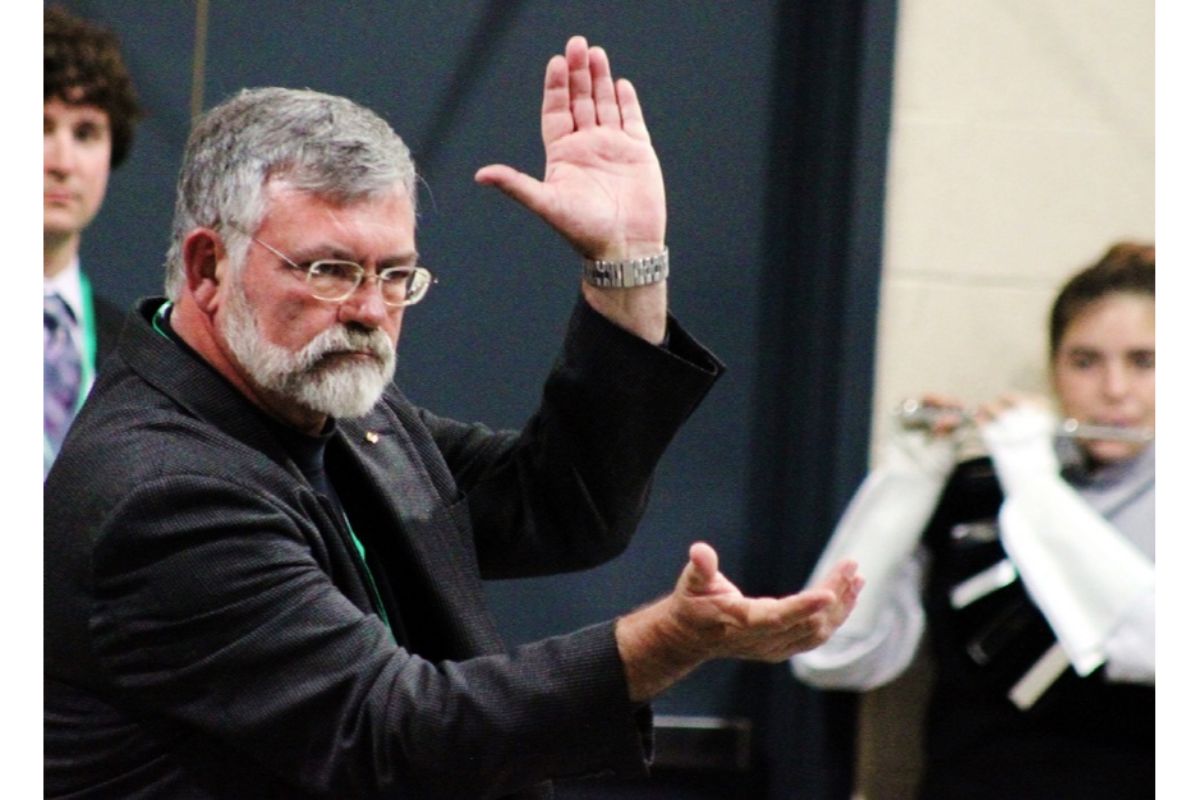 After transforming the music department for the past 31 years, the man who has done it all - with a smile on his face - is wrapping up his last year as director and is ready to pass the baton.

Mickey Stisher has decided to conclude his band director chapter at the end of the school year and is starting to write the next: working for a travel agency.

When Stisher first arrived at LPHS in 1988, the superintendent gave him a warning that the Marching Band was a little rough around the edges and slightly unmotivated. They hadn’t even dreamt of being in the State Finals, let alone actually having the skills to achieve it. Stisher started teaching, disciplining, and guiding the LPHS band, and in only his fourth year of teaching, the band made it to Indianapolis for a weekend at the State Finals.

It was the ultimate transformation and is only a piece of what Stisher has accomplished with the LPHS band program.

After all of these years of conducting the bands, Stisher knew in March that it was time to wrap things up at LPHS.

“I’ve been thinking about it, or rather trying to plan for it, for a few years now. I honestly didn’t think it could happen for another year, but many things in our lives aligned to make this the right time,” Stisher said.

The last 31 years that Stisher has taught at LPHS has brought an overwhelming amount of opportunities for all Slicers. La Porte is saying goodbye to a beloved and irreplaceable legend.

The La Porte High School’s 150th graduation is taking place at 2 p.m., June 9 at Kiwanis Field. In case of inclement weather, the ceremony will be moved indoors.

This year is special for LPHS in many ways. La Porte High School’s very own Slicer Vane Clayton will be guest speaking at the ceremony. Clayton ranked third in his class at LPHS. He later received a Bachelor of Science in Engineering from Purdue University, and a Master of Business Administration from Harvard Business School. Now, Clayton is CEO and president of the nationwide leader in auto dealership compliance services - KPA.

Since it is the 150th graduation, teachers will also be stepping out of their element to join the graduating class in caps and gowns.

LPHS staff and students are thrilled to celebrate the achievement of all graduating seniors on the special day. 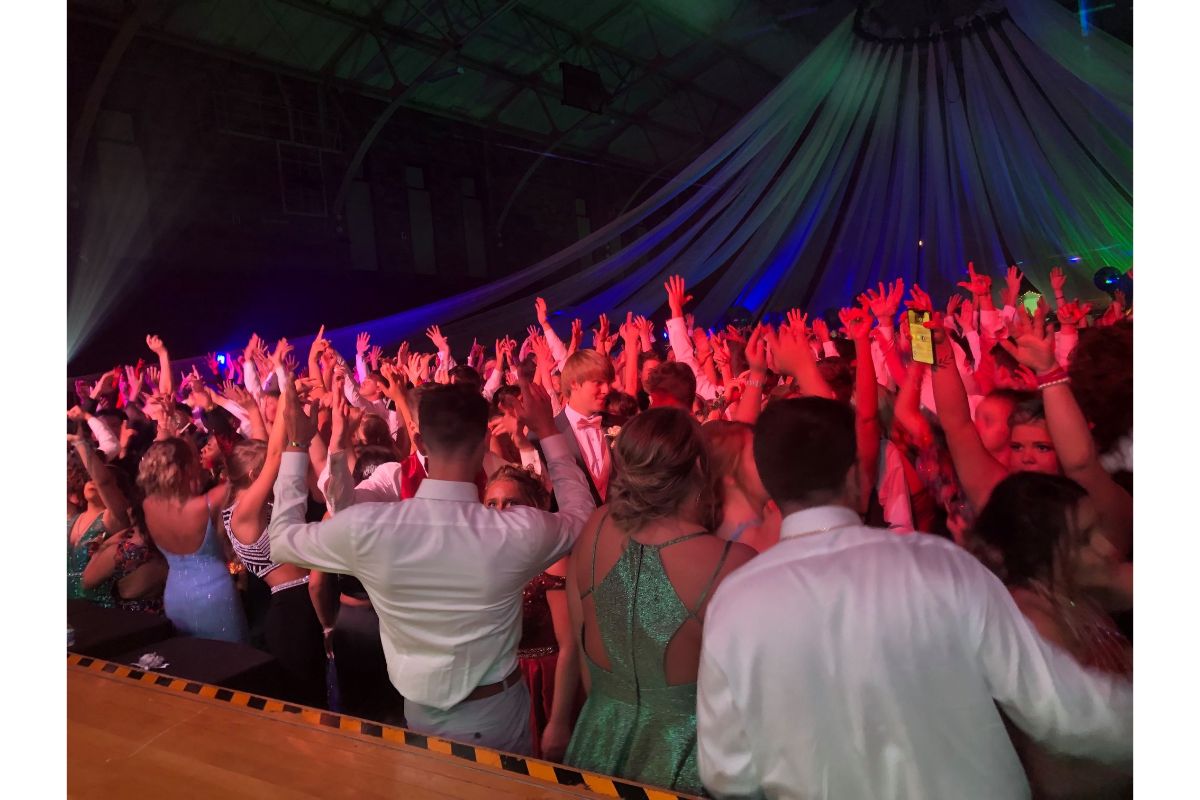 The annual LPHS Prom took place on May 11 in the Civic Auditorium.

As always, LPHS set up a red carpet leading from the sidewalk to the door of the Civic. Slicers arrived in style, showing up in horse and buggies, vintage cars, semis, and various other show stopping rides. 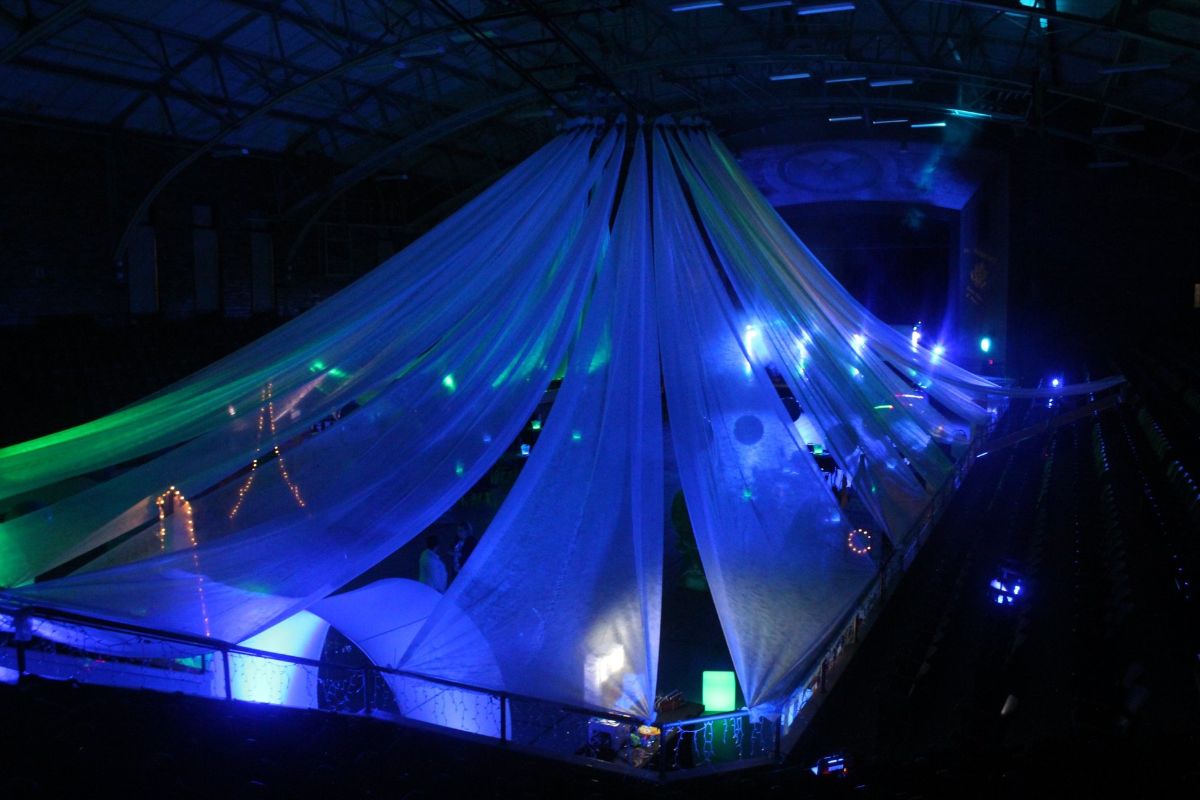 Inside, the Civic was transformed into a traveler’s paradise, as the theme was “Around the World.” Fun extras included a show stopping DJ, ring light selfies, photo booths, and small items to take home. Mrs. Lebo and Mrs. Rice, Prom co-sponsors, took the dance to a new level.

This spring has been busy for Slicers. Between Prom and graduation, this school year is wrapping up with another bang.