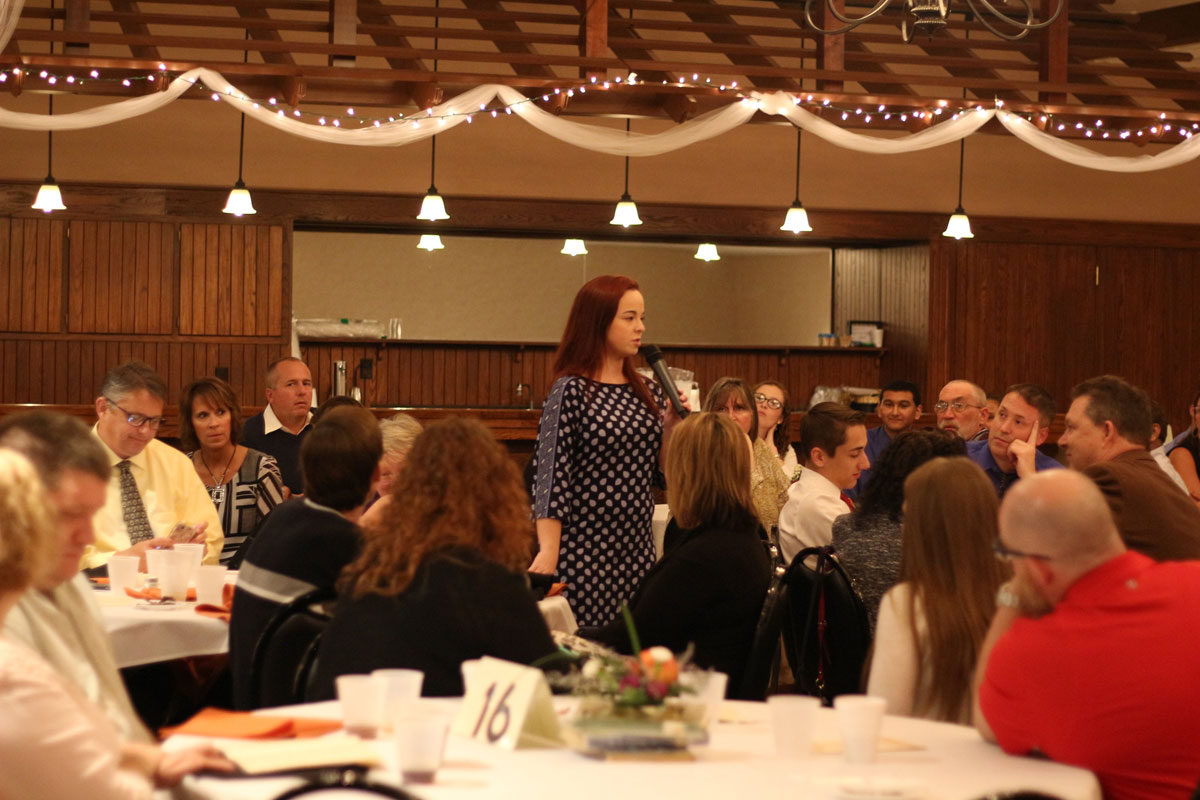 Learn Today to Excel Tomorrow Banquet
The top 10 percent of the LPHS Class of 2017 and their educator of choice gathered at the Silver Palace on May 1st to celebrate all of their success throughout their time in school.

This occasion was kindly sponsored by the Rotary Club, so everyone at the event was able to just enjoy the night and the incredible food. The night consisted of inducting three new members into the Learn Today to Excel tomorrow Hall of Fame, honoring the two students from every grade who won the Most Outstanding Student award, and hearing speeches from the top senior students about why they chose their most influential educator.

“The banquet was so much fun! I’m so proud of all the students and teachers for their success stories. It was inspirational to hear the personal stories of growth, impact, and learning. I am so proud of my school,” Mr. Tonagel, principal at LPHS, said.

The night began with the introduction of the new inductees to the hall of fame and a brief description of what they have done for the community and the school corporation.

Next up was the recognition of the Outstanding Students from each grade. They were congratulated for all their hard work this past year; the freshmen were Olivia Strieter and Tristen Poe, and sophomores were Shelby Riehle and Seth Hill, the juniors were Keeley Higley and Austin Casto, and the seniors were Seraphina Tucker and Kyle Lindborg.

The main part of the night was taken up by the introductions and speeches of the top 10 percent of the senior class. The students were accompanied by their parents and educators, and each student gave a brief speech about why they were influenced by their teacher. Some were short, and some were long. Some were funny, and some were kind-hearted and serious. Overall, the students did a nice job preparing what they wanted to say, and a few tears were even shed during the night.

“Life is full of ups and downs. I am realistic to know that not everyone in that room last night has had a smooth and uneventful path towards their achievements. Behind the scene there is sweat, tears, joy, sorrow, and so much more. I know that a ton, and I mean a ton, of work went into those success stories so that is why I am proud,” Tonagel said.

Overall, the banquet was a very important night for so many people. LPHS congratulates the new inductees, those who won the Outstanding Student awards, and the top 10 percent of the class of 2017. 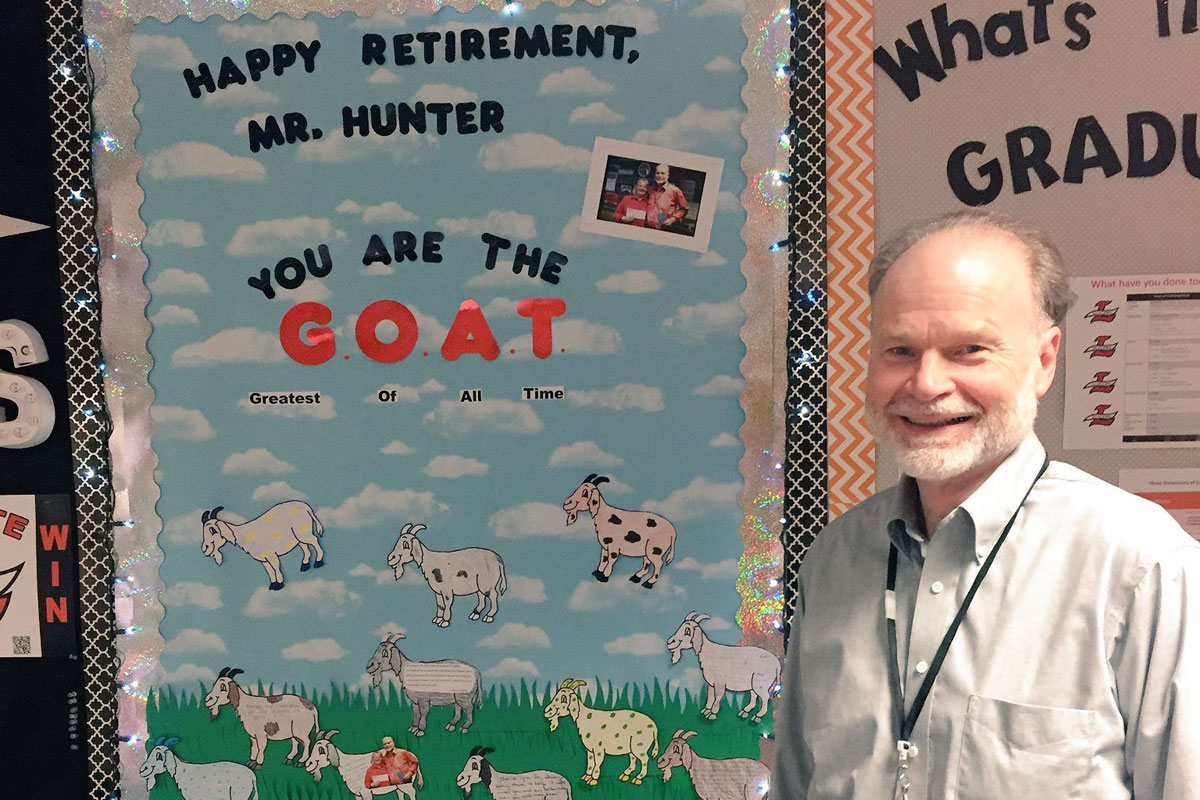 Staff Spotlight: Mr. Hunter
Mr. Hunter has been a counselor at LPHS for the last 15 years, and in those last 15 years he has left quite a mark on the school and everyone in it.

All together, Hunter has been a teacher and counselor for a total of 42 ½ years, a kind of dedication that should not go unnoticed. Since he has decided to retire after this year, his long years of hard work for the school corporation deserves to be rewarded. He did not make the decision lightly, but his age and the fact that his wife, who is also a teacher at LPHS, is retiring as well played a big role in the retirement.

“It was one of the hardest decisions to make, and I will miss the students and staff,” Hunter said.

Being a counselor at LPHS is no easy task, as it is known that students are always coming down to his office with numerous questions. He does the job with grace and helps the students with absolutely anything they need.

In Hunter’s spare time after retiring he has quite the plan for what he is going to do. He has many unfinished projects that he would like to get around to finishing. Along with that he loves spending time outside, something that he did not get to do much as a counselor. He will enjoy having the extra time to try new things and spend time with his wife.

“I also have a real estate brokers license, so that may also become a bigger interest for me. I look forward to having more time to relax and learn new things,” Hunter said.

LPHS thanks Hunter for all he has done for the school and for the students, and it wishes him nothing but the best during his retirement. 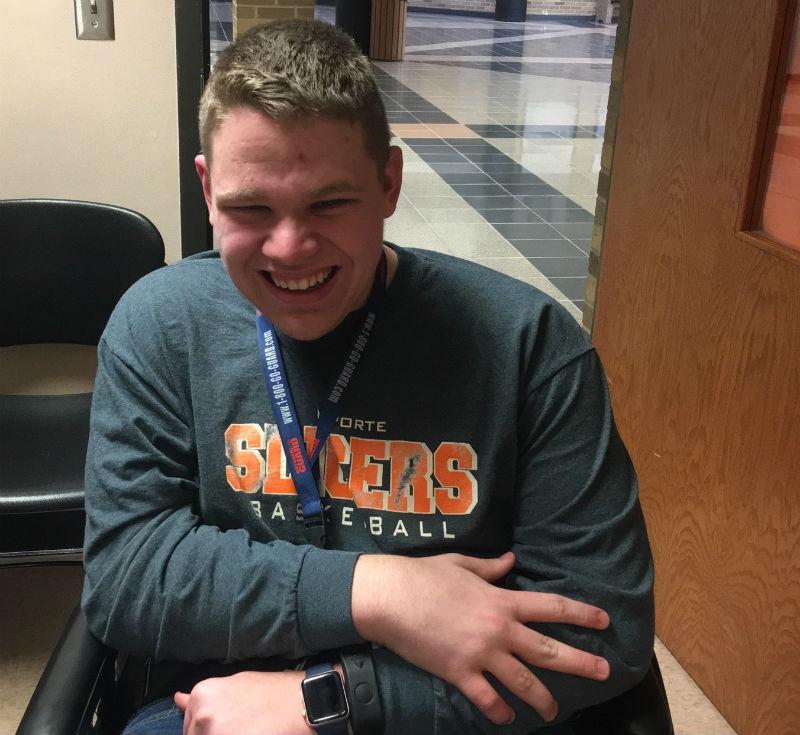 Student Spotlight: Jay Seaburg
Everyone at LPHS is familiar with the shining smile of Jay Seaburg. He is a huge sports fan, a kind friend to everyone he meets, and a great student to see everyday in the halls of LPHS.

Seaburg spends much of his time supporting his fellow students at sporting events, and he also participates in Unified Track. Unified Track is something that he truly enjoys, as he loves the opportunity to be on the team and meet new people.

Seaburg is very well-known for his hugs and handshakes. There’s not a day that goes by that he will not stop his peers in the hallway and ask for either of the two, and they are more than happy to give him both. He is definitely well-liked at LPHS.

Seaburg also has a YouTube channel where he likes to take videos of different elevators he has visited. It’s called NW Indiana Elevators, and it has many different videos that Seaburg likes to film of elevators that he has traveled in all around all of Northwest Indiana.

“Back when I was in 5th grade, I always wanted to start a YouTube channel with videos on elevators. So back in 5th grade I had videos on my computer that needed to go somewhere that everyone could watch them. That’s when I started my YouTube channel, and that’s how it has been going for the last six or seven years. It’s called NW Indiana Elevators, and I film videos of elevators around La Porte, Merrillville, South Bend, basically just Northwestern Indiana,” Seaburg said.

Seaburg will continue to make an impact in the halls of LPHS, and everyone appreciates his positive and bright personality that he bring with him everyday. 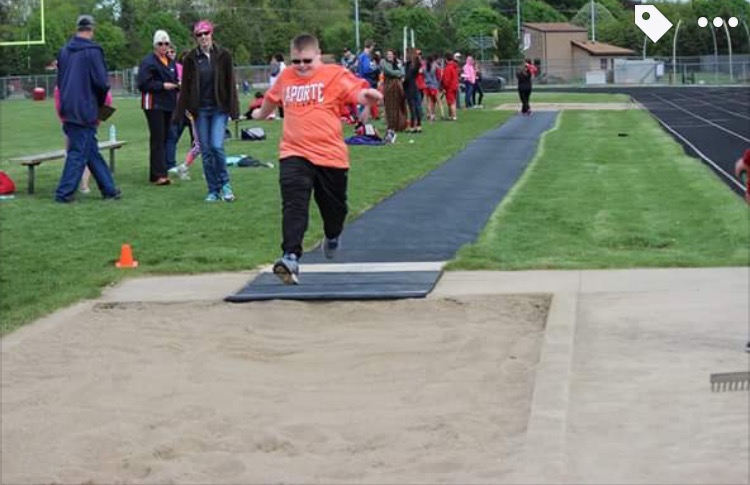 The team has had four track meets so far this year, all of which were a blast for everyone who participated. Unified Track is similar to every other sport that LPHS has, so they began practices following the Monday after spring break and have been going strong ever since.

“It allows individuals with developmental disabilities the opportunity to participate in an IHSAA sanctioned sport with non-disabled peers. Unified Track is a great example of inclusion,” Mr. Doty, Unified Track coach, said.

Students who take the time to go out and participate in these meets make such a difference in some kids’ lives. For some, this is the only organized sport that they get the opportunity to take part in. The overall goal is for the special education students to feel a sense of accomplishment and inclusion on a daily basis.

“It’s actually a lot of fun. The students who do sports in the fall or spring come and help. I do shot put, so I practice my throwing. I did a 100 meter race down in Lafeyette against another wheelchair user so that was fun,” Jay Seaburg, participant, said.

These track meets are similar to any other meet the LPHS track team has, so if students gets the opportunity, they should come see some of the meets or think about participating in the sport next year.