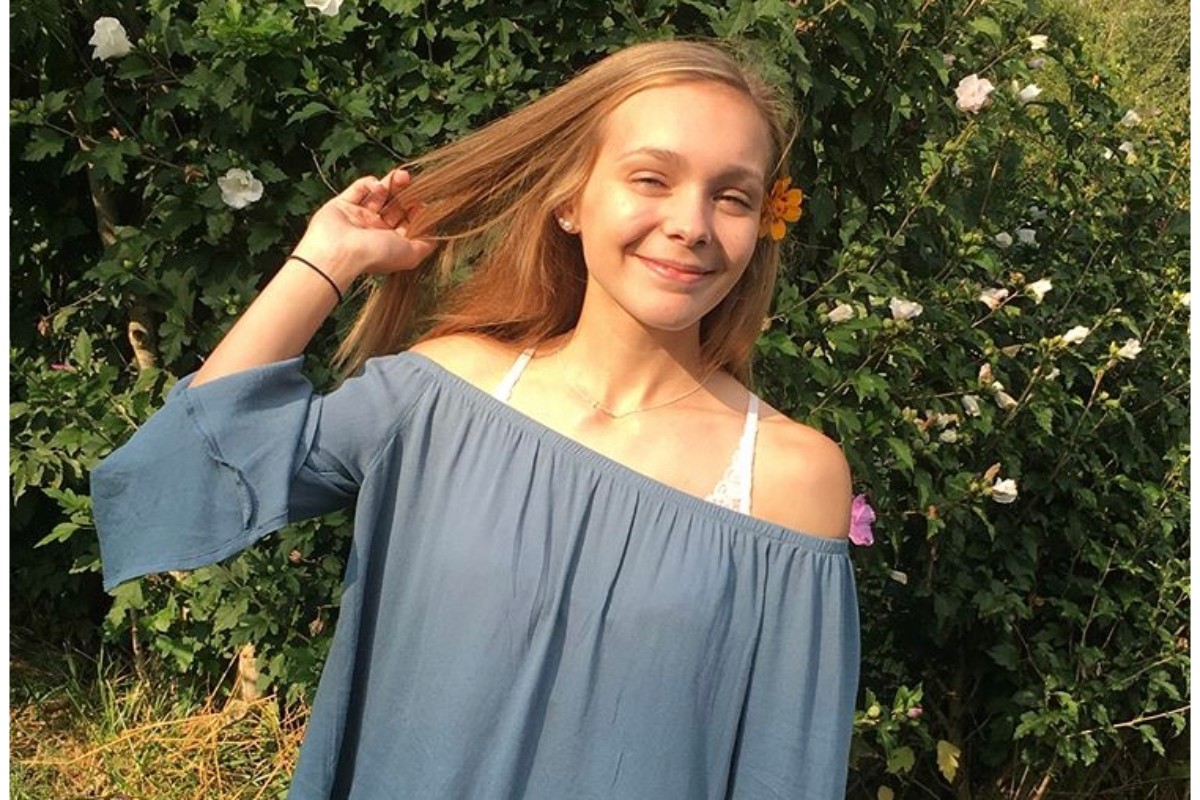 Student Spotlight: Alyvia Messer
At La Porte High School, students are given various opportunities to explore their interests, through clubs, sports, arts, or even participating in the AK Smith program. Students occasionally find themselves involved in one or two programs, but in rare cases, students such as senior Alyvia Messer, get inspired to participate in multiple groups.

With the support of her loving and motivating family, Messer has found plenty of activities to keep herself busy. Messer has played the cello in her schools’ orchestras since she was in sixth grade, and she has played softball for 13 years.

“Some of my biggest achievements have been from GR: learning commitment, being more outgoing, and having better social skills,” Messer said.

In addition to her personal achievements, Messer has earned herself an impressive title through Girl Reserves.

“GR helped me realize that while volunteering for the community, I could also achieve goals for myself, and my junior year I was awarded Points Queen,” Messer said.

While her clubs, sports, and arts greatly factor into the person Messer is becoming, the Health Occupations Students of America program, run through AK Smith, has been one of the biggest components in discovering what she plans to do with her life.

“I did not really know what I wanted to do as a career and wanted to expose myself to as many health careers as possible,” Messer said.

After two years in the program, Messer has decided to continue her education at Ivy Tech in Valparaiso in the fall, and she looks to study Surgical Technology.

With plenty of achievements and memories made in high school, Messer is destined for a successful career and a great future.

Teacher Spotlight: Niraj Lakhia
Not all teachers take the same path to becoming the educator they aspire to be. Some begin their journey immediately after school, but others, like Niraj Lakhia, take some time to themselves before finding exactly what they would like to do.

“[Teaching] is something I have had in the back of my mind for many years, so I decided to go for it,” Lakhia said.

Lakhia has spent the last several years doing odd jobs, but recently he confidently decided that teaching is what he plans to do in the years ahead. Though he is not looking to teach in any particular location, Lakhia hopes to teach in a high school where his presence is truly welcomed.

“I’m hoping to be somewhere where I am needed, a place where I can really bond with students and give them the kind of attention and teaching that they need,” Lakhia said.

Though he is only beginning his career in education, Lakhia encourages students to take their own route to finding what they want to do in their life.

“Sometimes you need to take some time to really understand yourself and see what you want to do,” Lakhia said.

LPHS is excited to host him for this year’s second semester, and though he is not sure where it will lead him, the school wishes him the best of luck with his future teaching career.

What’s going on?
As technology advances, schools all around are beginning to look into a variety of ways to allow students to complete classes online. Schools in the La Porte Community School Corporation are jumping on board with new eLearning days, and dates are already being scheduled.

While not all days have been announced yet, January 21 is planned to be the first eLearning day for students in the corporation. Students will stay home and complete assignments online, most taking place on Canvas. Though the students will be at home, teachers will be at schools and can be contacted by students through “chat” or “inbox” on Canvas.

March 18 is also planned to be an eLearning day in which both teachers and students will stay home for the day.

Educators hope to replace snow days with eLearning days in the coming years. With school closings, particularly as a result of inclement weather, allowing students to complete their course work online will prevent extra make-up days from being added onto the end of school years.

More information regarding eLearning days will be released at a later date.

What’s coming up?
After months of earning points and fundraising, members of La Porte High School’s Girl Reserves are preparing for their upcoming dance on February 23.

Girl Reserves is a service-based club that allows girls to earn points through several different opportunities. At each meeting, girls can view papers that list a variety of jobs. They can sign up there, or visit the Girl Reserves office to see available jobs. Each hour of service is considered one point.

In addition to jobs through Girl Reserves, girls are able to earn points through their own community service. Non-listed jobs are worth half point per hour.

At the end of each Girl Reserves “year,” points are totaled and eligible girls are rewarded with the opportunity to attend the annual Girl Reserves dance. While each grade level is required to earn a different amount of points, all girls are encouraged to earn as many as possible for a chance at Points Queen.

The program culminates in a dinner dance, and the girl with the most points in each grade is crowned and announced as Points Queen. Students then gather on the dance floor to enjoy themselves and the music.

“It’s truly a blast and a reward for all the girls’ hard work,” said Payton Neely, a La Porte High School junior. As girls begin finding their dresses and dates, the excitement is sure to be worth their year-long hard work and commitment.