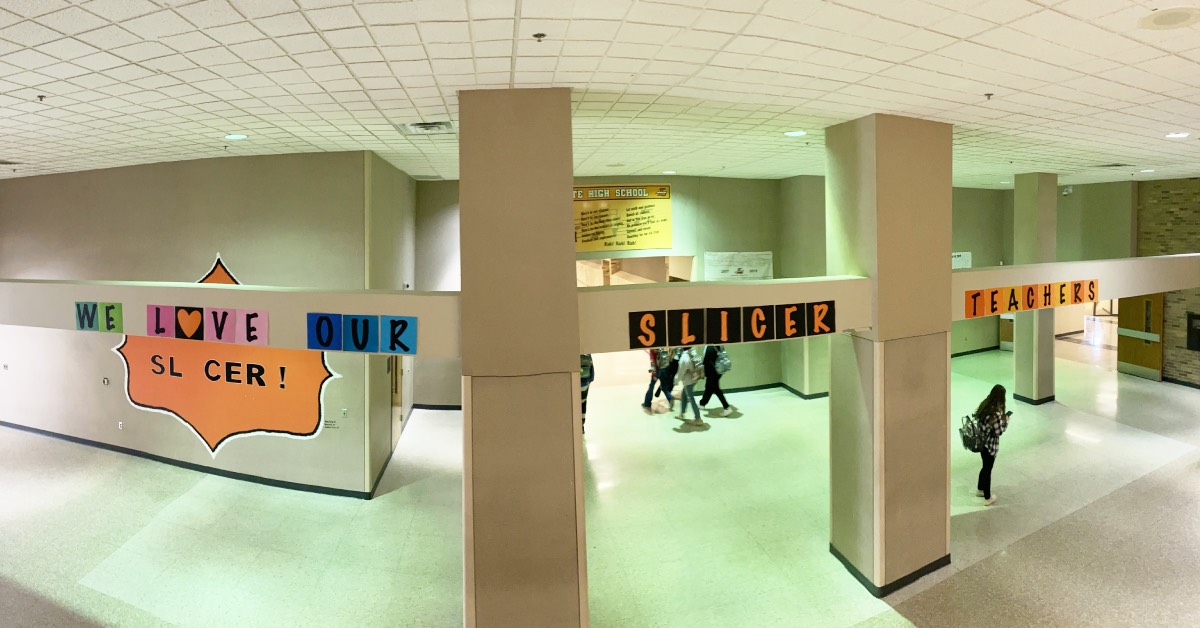 The week of May 2 through 6 was Teacher Appreciation Week and La Porte High School (LPHS) couldn’t be more excited! Teachers play such an important role in our school system and we wouldn’t be able to do anything without them!

The administration and students celebrated them by giving snacks, letters, and flowers. Through these mini-projects, students are brought together to celebrate and recognize their teachers.

“Being appreciated is so special no matter the role. As a teacher, it means so much because teachers put so much heart into their work, and sometimes it is unclear if anyone notices or if it's even making a difference,” English Teacher Brena Cooper said.

As students and staff approach the end of the year, staying motivated is difficult, so being able to bring joy to them is fantastic.

Key Club, a community service-based club where students can help out around La Porte through acts of kindness and volunteerism, wanted to raise money for a charity named United Nations International Children’s Emergency Fund (UNICEF).

UNICEF is operated in over 190 countries around the world and has over 13,000 workers. Additionally, UNICEF has helped save more children’s lives than any other humanitarian organization.

Key Club started a fundraiser and was able to raise a few hundred dollars. Students could pay a dollar for a ticket and put it in the bucket of the teacher they wanted to get pied. There were five teachers in total. Whoever got the most tickets would be pied.

At the end of the week, one ticket would be drawn from the bucket to see who would be able to pie the winning teacher. Johnna Krause, a teacher at LPHS, had the lead with a 25-ticket gap. One dedicated and generous student, Autumn Burns-Crosslin, gave 20 tickets all to Krause. Her ticket was chosen and she was the lucky student able to pie Krause.

Jaime Vincent, a teacher and also the Key Club leader, got pied for the fun and good deed of it.

On May 16, seniors have the opportunity to go back to their elementary schools and do a walkthrough. They will be able to see and talk with their old teachers before graduating. They will be wearing their caps and gowns to make the experience way more special as well.

“I am going back to Kingsbury Elementary School because I have invested so much time and care into the school while I was a student there and afterward while helping with their events. Through this, the teachers get to see that they are making a difference and how far we have come from where our education started. I am most looking forward to seeing my brother in fourth grade and all of the teachers and staff,” senior Ella Dubbs said.

It is completely voluntary and students do not have to go if they do not want to. They would leave around 10 a.m. and would return around 11:30 am.

Olivia Davis is May’s student spotlight. She is a busy bee at LPHS. Davis is the Co-President of Girls Reserve, a member of the Student Council, and the American Sign Language Club. Athletically, she competed in volleyball her freshman and sophomore years but moved over to cross country her senior year. Additionally, she ran the 200, 400, and 4x400 meter races in track all four years.

High school has been one of the most fun and memorable experiences of her life. Her favorite memory of it all has been taking the Interpersonal Relationships class with Rachel Dawson during her freshman year.

“Don’t follow the pressure of acting how everyone else acts. Push yourself to feel okay with the uncomfortable feeling being your true self brings. You will be much happier in the end,” Davis said.

After high school, Davis is planning on attending Indiana University to study Psychology. She is sad to be leaving high school but can’t wait to see what her future holds.

Outside of school, Davis finds joy in going on summer morning runs, hanging out with her friends, working out, meditating, thrifting, playing The Sims, and playing with her pets. She has two pugs named Nina and Marcello and one cat named Minou, but she calls her Kitty.

A fun fact about Davis is that she can make a clover shape with her tongue.

Cari LaRose is a shining star that LPHS is going to miss greatly. LaRose has decided to retire to spend time with her family and friends.

LaRose is an English teacher, more specifically, English 10, English 10 remedial, and Technology and Communications. She has taught for six years in total, three after college and the past three years. She worked in banking for thirty years in between.

LaRose went to college at Marquette, University of San Francisco, and Concordia. Starting college, she thought she would become a lawyer, but later on, she realized that she wanted to change to teaching.

Though she is originally from the suburbs of Chicago, LPHS has welcomed her for the past three years and she has become a friend to all. LaRose’s favorite part about teaching has been making relationships and seeing the students every day.

“If I could tell the incoming teachers one thing, I would tell them to be patient and to focus on the positives. Additionally, if I were to tell an incoming student something it would be to not procrastinate,” LaRose said.

Some of her favorite hobbies include gardening, hunting, fishing, walking her two dogs, and reading. Her favorite genres are mysteries and thrillers. LaRose has a goal of wanting to travel. She wants to explore the United States.

“Being able to see the North East Coast would be something that would make memories. I have never been there, but it is on my bucket list,” LaRose said.

A fun fact about LaRose is that if she could live in any period she would choose to live in the 1950s. She wishes to go to a time when life was much simpler.