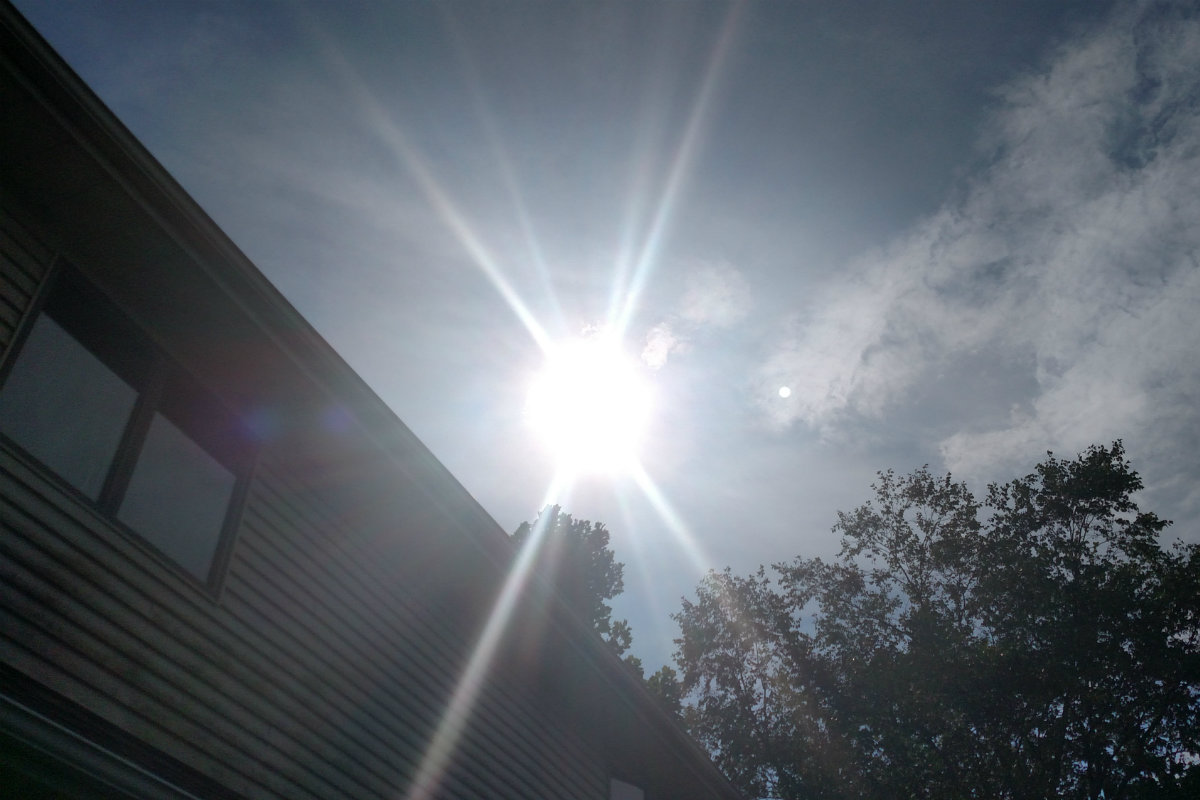 A solar eclipse is a phantasmagoric cosmic event that only occurs once every several years. It is the moment when the moon stands in front of the sun, blocking it out. A full eclipse is a time in which the moon and the sun achieve totality, or a state of total darkness, and is even rarer. Since you would be staring directly at the sun for a long while, special viewing glasses are required. Solar eclipses are often believed to be signs of a change somewhere in the universe.

On the day of the eclipse, students were allowed to watch a live-cast streaming in the gym, which contained information about how the eclipse happened, and of the eclipse itself. They were not able to get the special sunglasses required to view the eclipse outside, and Lacrosse was just a bit too high in the shadow of the moon’s path, but nevertheless, the experience was quite memorable. For most students, that would mark their first sight of a total solar eclipse. Many were in awe at the sight of it, while others viewed it with curiosity and left it there.

The next solar eclipse occurs in 2024, just far enough into the future that a whole new group of students will get to witness this incredible event. The next lunar eclipse, a time when the sun blocks out the moon which turns the moon red and allows its surface to be viewed clearly occurs in 2019. There are no special glasses required for a lunar eclipse; just a good eye and good timing. 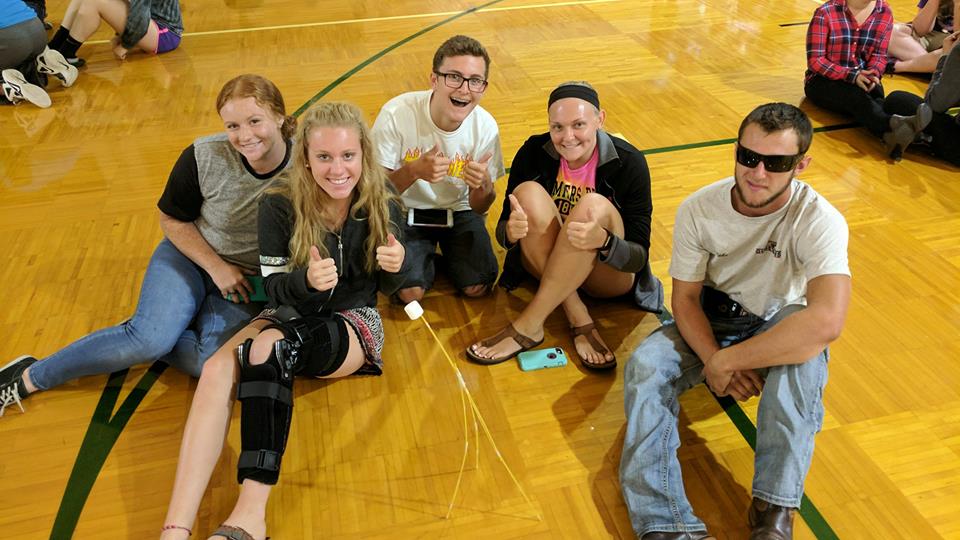 On the first day of the new year, students were briefed on several foreign concepts that they would soon come to know well. First and foremost, that backpacks must be kept in lockers at all times. Secondly, the dress code and phone restrictions became more relaxed. And third, that every student would have a Life Skills class every fifth period except on Mondays. The students took to the new class time fairly well; it is great to have time set aside for Lacrosse students to learn important skills for everyday life . The class as a whole has kept students interested and learning; however, one component of the Life Skills class that has targeted student interests is the “Growth Mindset” ideal and pledge.

Every morning, along with the daily announcements and pledge, students are asked to recite the growth mindset pledge. Each letter in the pledge composes the word “Tigers,” followed by the phrase “We Are Tigers!” The pledge goes as follows:

Today
I will persevere in
Growing my brain,
Engaging in active learning,
Reflecting upon my actions,
Showing Grit, Resilience, and Effort!
We Are Tigers! 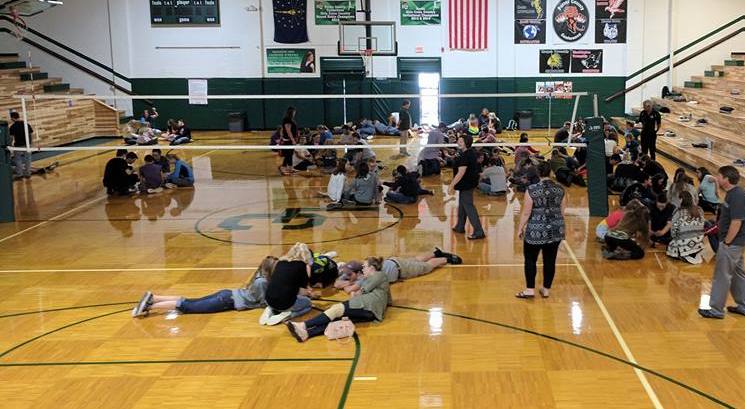 For the first few days back at school, these fifth hour periods consisted of community building and discussing amongst groups the difference between a growth mindset (one that wishes to learn and grow and change) versus a fixed mindset (one that is filled with negatives and restrictions). Also included in these discussions was, depending on the mindset, how you could change your outlook and improve your productivity. Teaching students the differences between these mindsets allows for more room to establish a positive way of life and a happy way of thinking.

On one of the days, students were split into groups of five and had to complete “The Marshmallow Challenge.” In this challenge, they are given twenty pieces of spaghetti, tape, string, and a marshmallow. The first group to build the tallest structure, placing the marshmallow on top, using only the things provided to them, wins. Through this little experiment, it seemed to be that groups composed of more members with a growth mindset had taller structures. The structure that won placed in at twenty-four inches tall. They received the entire bag of marshmallows as a prize. 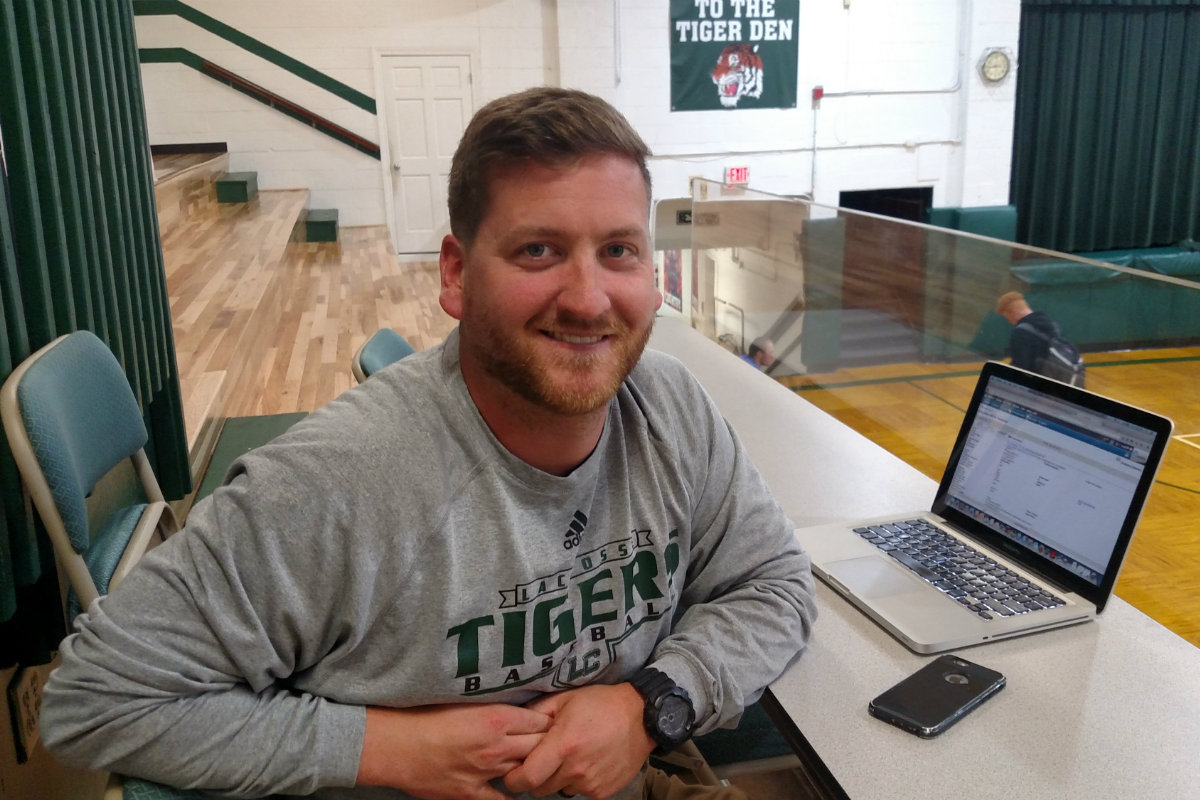 Mr. Rasala has been working at Lacrosse and Wanatah for five years now, teaching physical education and coaching. For the four years prior, he coached girls' basketball. This year marks his first coaching boys' basketball and his fifth coaching middle school boys' baseball.

He loves coaching basketball the most out of all of his coaching opportunities, though, because compared to baseball, the opportunities are endless. There are limitless ways to change the flow of the game, using clever plays and unique strategies to get a leg up on the competition.

He hopes that, through his coaching and teaching, his students “can learn to be good people. Developing a good work ethic and drive now will help them enormously in the future.”

Like the majority of the school, Mr. Rasala also had his own opinion of the newly introduced Growth Mindset.

“If the students believe in it and are willing to give it a try,” he says, “if they’re willing to apply themselves to it, I think it could really work out.”

Mr. Rasala’s plans for the future are linear: he wants to continue working at Lacrosse, teaching, and coaching to the best of his abilities, giving students an outlet to express their physical prowess on the court. He also wants to keep caring for his family. Mr. Rasala is a laid back teacher who believes in his students and always tries to push them to be the very best they can be.