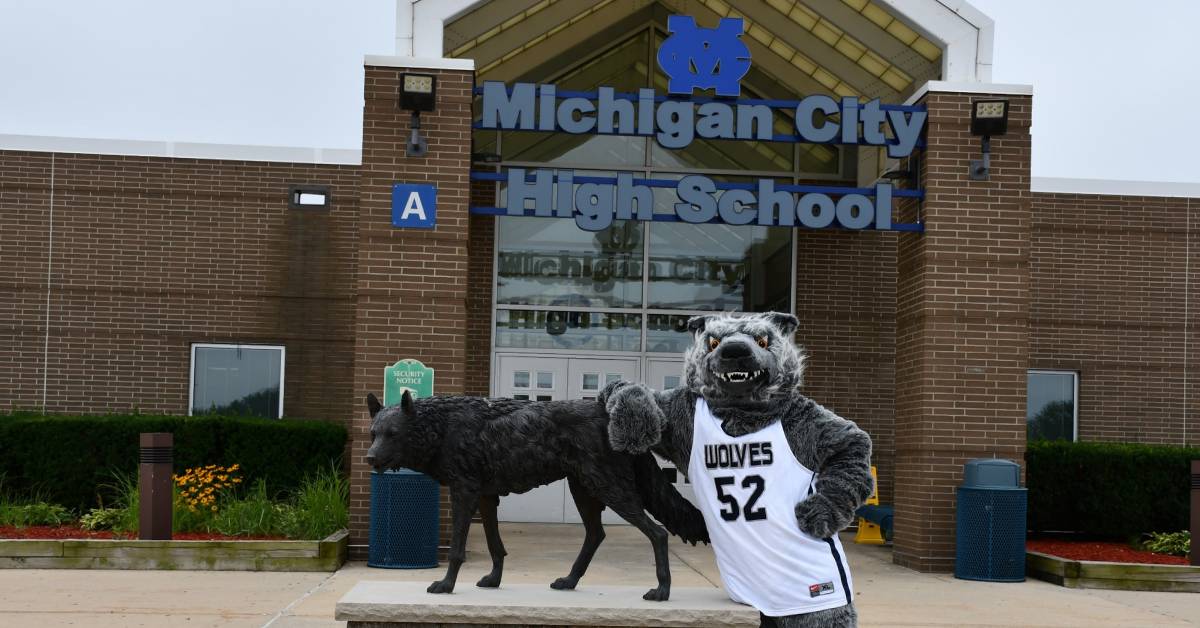 July 28 marked the return date of counselors to work for Michigan City High School (MCHS). Counselors began creating schedules for the returning classes as well as the incoming freshman class of 2026.Then, on August 8 the teachers of MCHS joined counselors in getting to work in preparation for the new school year. Teachers started creating their lesson plans for their first day of school and meeting their new classes.

On August 1, locker information was released to the students of MCHS on a learning and grading platform known as PowerSchool.

Later that week on August 6, students were able to see the classes they would be attending, as well as the rosters of the class through another learning platform called Schoology.

On August 10, the MCHS students returned to school. A block schedule method was implemented for the 2022-2023 school year. This wasn’t the first time that the students of MCHS had seen block scheduling, though -- it was first used from 2018 up until 2021 when the school switched to a seven period a day schedule.

The next day, August 11, junior and senior classes had separate assemblies discussing appropriate behavior and clothing for the school year.

With the start of the new school year comes the beginning of all the extracurricular activities that MCHS has to offer.

The different clubs and organizations at MCHS have slowly been reaching out to students with call-out meetings through the morning announcements staff also known as MCTV.

The yearbook class will begin the process of creating the yearbook.

They’ll have to find a theme, get photos of sporting events, and find sponsors to help support the yearbooks lengthy bill.

On August 29, students and teachers will have school photos taken through a company known as Interstate. At this time the yearbook staff will also be handing out yearbooks from the last school year.

Arminda Anguiano is the new counselor at MCHS, but this isn’t her first time working in the Michigan City Area School Systems (MCAS). Anguiano had previously been working at the AK Smith Center in Michigan City as a counselor where she was the sole counselor to approximately 350 students from about seven different schools in the area, including MCHS.

“This year it's different because we’re given our case load, so I have a certain letter alphabet and I have to figure out what to put each student in. Whereas at AK you have to accept students, so you’re looking at their
attendance, their discipline, there GPA, and stuff like that. Where this is a different variety of kids that you’re looking at," she said.

Anguiano’s goal is to set students up for success. By changing schedules now, before too late into the school year, students won't miss out on any important instruction time. Scheduling ends up taking most of her day.
Anguiano's favorite part of the job is the students and the new found team aspect.

Anguiano has a smart and simple piece of advice for students and everyone alike.

“Start off the year strong because once you fall behind it’s hard to catch up, and not to think that you’re not capable of doing something because I never thought I would be able to get my masters degree and I did so anyone can do anything they want to do," she said.

Anguiano is super excited for what’s coming this school year from different sports, especially softball, to prom and graduation. She’s so excited for the new experience to come as working as a MCHS counselor.

At just 17 years old, Kayla Campbell, a senior at MCHS, has participated in approximately 12 different clubs and activities. From student council to tennis to national honors society, balancing all of her activities can be challenging at times, but she works hard to make it work.

Campbells abundant extracurricular activities were originally a way to keep her from being bored.

”I always like to do something, and honestly, ever since I was younger, I just liked trying to do the most, I just feel like it keeps me busy after school," she said.

Campbell views her leadership roles and her extracurricular activities in a new perspective. She wants to make sure everybody has a voice and feels their opinions are being heard.

After high school she intends to go to college, although she does not know where, and she is considering broadcast journalism as a career. Her current roles on the morning announcements staff, otherwise known as MCTV, like anchor and reporter can better prepare her for her bright future.

Campbell encourages everyone to get involved around your school.

"You definitely should be involved because once you start there you can go into that club for the rest of the year and it will be so impactful," she said.

The biggest piece of advice Campbell offers to people is don't be afraid to be yourself.

"Don't be afraid to get out of your comfort zone and try new things. Also, be a leader, not a trend follower," she said.