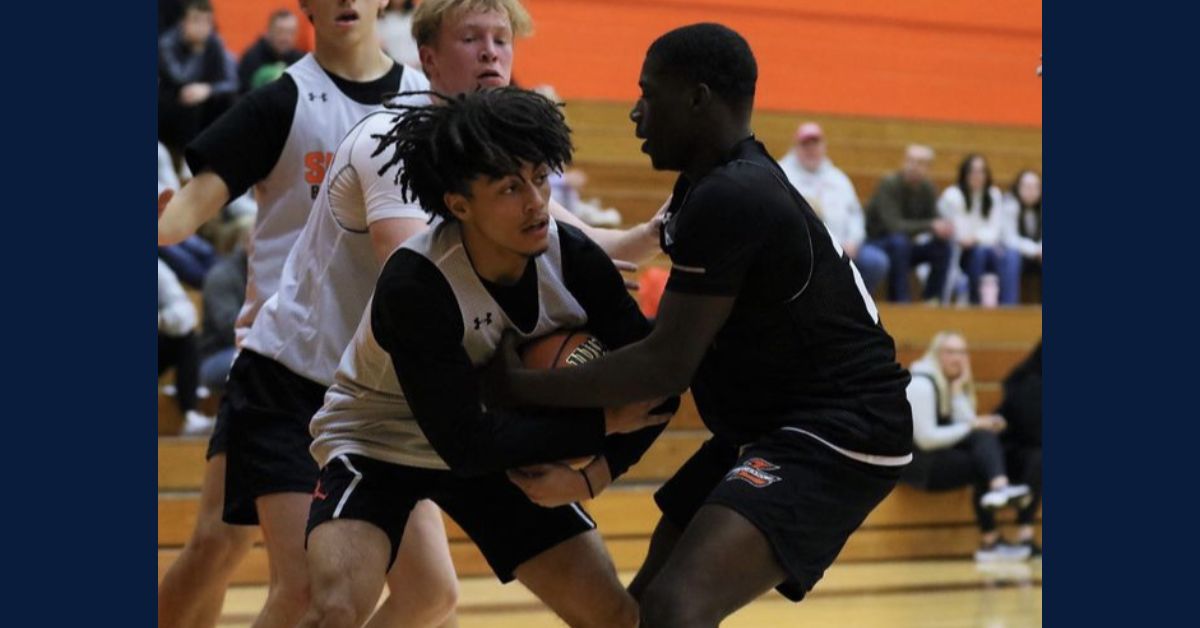 On October 19, La Porte High School (LPHS) students that are in AK Smith took a field trip to the AK Smith Career Center in Michigan City. The students showed over 200 eighth-grade girls career opportunities that they might not have originally thought to do and gave tours around the building to the incoming freshman.

There were presenters showing these young women careers that they don’t typically see women pursuing like welding, construction, and electrical.

“I gained some great experience with helping others pursue something they might not have known about,” Wesley Minich said.

LPHS students are excited for the winter basketball season to start. The Boys Basketball team had a scrimmage on Friday, November 11. It is the start to a successful season.

Players are excited to show off all of the work they have put in during the off-season. They are taking every opportunity given to them, small or big, and pushing themselves to the limit every day.

Their goal for the season is to be able to cut down nets. The last time LPHS has been able to do this was over six years ago.

The team’s main focus is to change the culture. Last year, LPHS received a new Boys Basketball coach, Jordan Heckard. Previously, Coach Kyle Benge had a record of 32-59, and the team is trying to improve from that and improve the overall atmosphere.

Heckard is very focused on doing the things that make a big impact. He has implemented things such as having team shoes, shaving for game days, dressing the same for game days, team meetings, team dinners and breakfasts, and saying hello to teammates outside of the court. Little things like this are going to make LPHS Boys Basketball a competitive group of athletes.

Jason Remmel is more than just a teacher. He is a mentor, helper, and inspirer.

Remmel has been a teacher for 20 years. He has taught at LPHS for 14 years and previously taught in Japan for 6 years. At LPHS, he teaches anatomy, physiology, and biology. In Japan, he taught conversational English.

He taught in Japan from September 2002 to November 2008. Remmel worked in Nagano for five years before being transferred to Tokyo. In Tokyo, he lived in a ward called Kamishakujii and worked in Shinjuku, which is the same place as the McDonald's headquarters in Japan.

He worked for a company called AEON. While teaching, he met people from all around the world with different cultures and traditions. He even taught executives who worked for McDonald's. He loved traveling around and spending time in Japan.

“Time waits for no one,” Remmel said.

For his own schooling, Remmel attended Vincennes University and Indiana University for his undergrad work. For his master's degree and Administration License, he attended Indiana Wesleyan University online.

Growing up, both of Remmel’s parents were teachers, so he was surrounded by a teaching environment. He understood the importance of teachers, and it gave him the motivation to pursue a career in education.

“Teaching is one of few unique professions where a person can feel a great deal of job satisfaction. I feel proud and honored to be part of the process of young adults learning how to navigate through this world in order to achieve the best quality of life for themselves,” Remmel said.

Remmel's favorite part of teaching is interacting with the students. He loves being able to laugh and have conversations with them about common interests.

Outside of school, Remmel loves to interact with technology and computers. He enjoys putting together computers and solving tech-related issues. Additionally, he loves to play fantasy football and watch Sunday Night Football.

At home, Remmel has three dogs. He has a 13-year-old beagle named Patch that he got when he first started teaching at LPHS. Three years ago, Remmel and his girlfriend got two golden doodles that are brother and sister. Their names are Navah, which means beautiful in Hebrew, and Jax.

Senior Bella Hiemstra is a very special person to LPHS. She is involved in many activities and is a beaming ray of sunshine whenever anyone sees her.

She is involved in French Club, Quiz Bowl, and Creative Writing Club, which she created. She did the paperwork in October 2021, and it officially started in December 2021.

Creative Writing Club is a safe place to share any creative works that a member writes — oftentimes in the form of short stories, but they have seen poems, songs, powerpoints, and short plays. There is a predetermined prompt for each meeting, and anyone can share whatever they’d like as long as it falls into the prompt.

Hiemstra is very proud of how the club has turned out. She has come so far from her freshman year and is happy to let others express themselves through writing.

“I would tell my freshman self to value the time I’ve spent with friends. I think I took a lot of those relationships for granted and neglected to acknowledge how important they were to me. I spent a lot of time feeling upset about the relationships and life I didn’t have versus working to enjoy the ones I did. Especially after spending my sophomore year online, I’ve learned to appreciate every moment I have with my friends and to make sure they know that I truly enjoy their place in my life,” Hiemstra said.

Hiemstra is excited to start a new chapter of her life at college. Though she is going to miss her hometown and the people in it, she is looking forward to seeing where the future takes her. She has applied to many colleges, but she is hoping to get accepted into Purdue University. Her vision right now is to major in mathematics with a minor in creative writing.

Managing extracurricular activities with academics is no easy feat. Hiemstra is able to balance them by leaving her weekends open and trying to stay on task during the week. She tries to prioritize her social life over her school life because she wants to make the most out of high school life. She knows how stressful it can be, and being able to spend time with her family and friends helps her tremendously.

“I’m really grateful for the opportunities this school has given me. I was a library assistant my junior year, I’m currently a student teller for Horizon Bank, I’m enrolled in AP Calculus, and I was able to make my own club. They have taught me a lot about myself and in the process bettered me as a person. I know I’m very lucky to have experienced these things, and I’m forever thankful to LPHS for providing these opportunities,” Hiemstra said.

Hiemstra has played volleyball for four years. She played two years traveling, and though she doesn’t play anymore, she will still get competitive in a backyard game.

Additionally, music has been a major part of Hiemstra’s life. Ever since she was a child, music was a way to decompress. She loves the feeling of breathing and feeling the air when playing music.