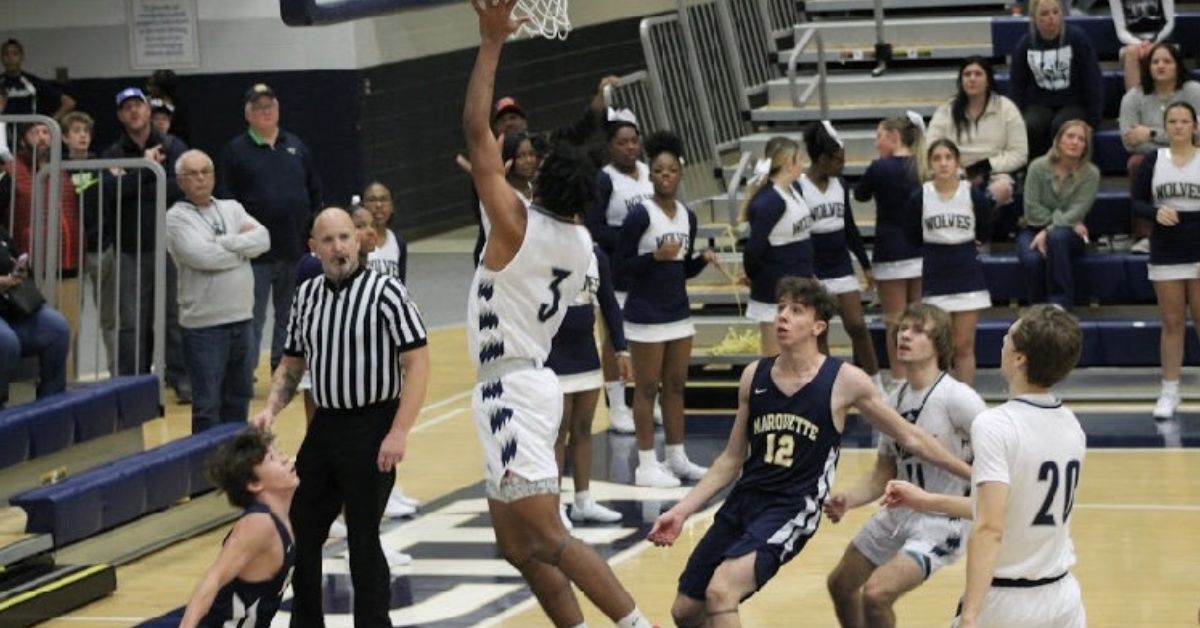 With winter break quickly approaching, Michigan City High School (MCHS) is wrapping up the first semester with a series of musical displays of talent, giving back to the community, as well as midterm finals.

December 2-4 marked the dates “The Addams Family Musical” was brought to life on stage. The show was a mix of love, comedy, and drama that was enjoyable for everyone.

“The play was outstanding! The character choice was well done. Every actor played their character extremely well. It was funny, and I enjoyed being there to experience it,” said Emily Buskirk, a student who attended the show.

Musical showcases didn’t stop at “The Addams Family Musical.” The next week on December 8, MCHS hosted its annual production “One City One Sound.” MCHS bands, choirs, and different elementary and middle schools in the Michigan City Area Schools (MCAS) system gathered in the gym to celebrate the holiday season through the power of music.

The holiday season is all about giving back to the community. In light of that sentiment, the MCHS Student Council organized a canned food drive; students brought in canned goods to help those less fortunate in the community. If students donated to the canned food drive, they also got to vote for a teacher who would receive a pie in the face. Much anticipation builds as the students will not know the unlucky teacher until returning from winter break.

Now that the first semester is over, there will be a lot to look forward to coming up for the MCHS students.

Basketball will pick up, and this year MCHS is fortunate to be hosting the Semi-State basketball tournament.

The MCHS winter sports will continue throughout winter break, and when school is back in session, the MCHS gymnastics team will have its first meet on January 7 at Merrillville High School (MHS).

There will be a winter formal January 28, hosted by the Student Council. It will be a night of fun with free food and plenty of dancing.

Also upon returning to MCHS, students will finally find clarity in knowing who the unlucky teacher is that will receive a pie in the face.

The behind-the-scenes of sports all lead back to Craig Shaman, the athletic director at MCHS.

Shaman has been the athletic director at MCHS for nine years, but his experience isn’t just with MCHS. With nearly 30 years of experience in athletic administration and coaching basketball before working at MCHS, he knows a thing or two about what he's doing.

At a young age, Shaman always knew that he wanted to do something affiliated with sports. His love for it drove him to study physical education in college.

“I always knew I loved sports. I figured early on that it’d be smart to go into something I love to do, and that's what I did,” said Shaman.

Shaman’s experiences in the athletic world and as a college basketball coach for numerous different colleges have allowed him to gain perspective of all the parts that go into his job today.

“There’s a lot of things about my job that you can't do without experience or without just going through them yourself. Being a coach before being athletic director, I obviously know what coaches’ mindsets are,” said Shaman.

Shaman has an interesting way of breaking his job into different parts, whether it's doing the small things like checking emails, medium things like entering games into a system to sell tickets electronically, or the large things like organizing the Semi-State basketball tournament MCHS is hosting this year.

As an athletic director, the relationships he creates between students are very different from those that a teacher would have. Shaman makes an effort to get to know as many students as he can personally and reach out whenever possible.

“It's all about relationships, and I think the only way for me to be a good athletic director is to have relationships with the administrators and teachers around the building, the coaches who work here, and most importantly the students who go to school here,” said Shaman.

To be successful, Shaman believes you have to do whatever you are capable of doing and to learn that you can't let others affect your dreams.

“Worry about that which you can control, which is mainly two things: how hard you work in school and how hard you work at your sport. You can't control if your teacher has a bad day and yells at you, all you can do is study for your test and do your homework to the best of your abilities. You can't control what schools are recruiting you. All you can do is work as hard as you can,” said Shaman.

Basketball is a very important part of the MCHS life. The games are always exciting and highly anticipated throughout the time leading up to them. Andrew Vicari, a junior at MCHS and varsity basketball player, has high hopes and utter confidence in the team's ability to be successful.

With a good win-to-loss ratio, the Wolves are looking toward success. Despite a younger team, the boys have stepped up to take the place of the graduates from the previous season.

“We’re all learning every day, and I think that this team can be very successful by the end of the season,” said Vicari.

Having a younger team can sometimes mean that there aren’t any past relationships or a great team bond, but that certainly is not the case here. Vicari has been playing with some of his teammates since elementary school, and his teammates have become a big family.

“I have been playing basketball with a lot of these guys since elementary school in our Sunday league, Michigan City Basketball League. That always sticks out to me, that my teammates are like family to me and we’ve all progressed through this sport together,” said Vicari.

Besides basketball, Vicari also participates in varsity soccer, the National Honors Society (NHS), and the Helping Hands club. Balancing school work, sports, and clubs can be a struggle; Vicari knows what's important though, and it shows. He always puts school first because he feels that if he can get his work done right away, he’ll never be stressed out later.

Vicari’s hard work has been paying off, and he most recently was awarded a Rising Star of Indiana award for having between a 4.3 and 4.5 grade point average (GPA) along with being highly ranked in his class.

Now having reached the end of the first semester, Vicari is hoping to just keep up his outstanding and consistent work, and continue to progress in basketball.

“My goal for the end of the school year is to keep up on grades and continue to work hard in basketball. Looking forward to my senior year, I have two sports to prepare for, but basketball will definitely be my number one priority, whether that be training and working out to camps and Amateur Athletic Union travel basketball,” said Vicari.

Vicari’s success has come from a combination of hard work, determination, and keeping a positive mindset. To be successful you have to want it, and sometimes that means forgetting about everyone else and focusing on your success.

“I honestly just believe in beating yourself.  I don’t believe in worrying about being better than other people, I am just focusing on beating my own score whether that be in school or sports, I think the goal should always be to just be better than you were before,” said Vicari.