Amy Black came to the Dunes Summer Theatre with a love for the arts and the ambition to help turn the business around. She was a Ball State graduate with a degree in journalism, and was asked to join the theatre by a friend who was on the board. She saw joining as an opportunity to apply her skills in business and to give back to the community while having fun. She wanted to build on the existing foundation of the original artistic director, Nora Tully MacAlvay, creating something truly valuable and self-sustaining for the community she loved.

Black saw a great need to put on plays and introduce a variety of arts back into the community. She began providing acting and clay classes for kids and adults, and even started a contest for established plein air artists. This contest allowed artists to gain visibility, the theatre to gain sponsorship among large companies (such as NIPSCO, Horizon Bank, and Blue Chip), and lucky nominees to compete for $5,000 in prizes. This contest continues biennially to the present. Black joined the board and used her background in business to give back to her community and enrich the skills and talents of its citizens. Despite the challenges, Black has been integral in rebuilding the Dunes Summer Theatre and Dunes Arts Program, and continues to work toward an even better future.

Dunes Summer Theatre was built in 1941 and headed by Nora Tully MacAlvay, an Art Institute of Chicago and Goodman Theatre alumna. She served as artistic director for the theatre and led the Dunes Arts Foundation for more than 30 years. Her legacy and mission of providing inspirational performances and uplifting the local commerce and spirit live on with its current president Amy Black, vice president Esteban Vargas, and artistic director Jeffrey Baumgartner.

Black says that when she first joined the board, the theatre was in great need of updating and fortifying. The building was eradicated of mold, insulated, and vented for air-conditioning and heating. She systemized the prop, scene, and costume workshop and storage areas. None of this first hurdle of “safety, quality, comfort” would have been possible, says Black, had it not been for the financial contributions of local set builder and director Eric Nordholm and the New York-based Caplin Brothers. With their support, Black was able to update plumbing pipelines, the structure of the theatre, electrical from 10 working stage lights to nearly 80, and painting for both the theatre and the cabins that actors call home for the summer theatre season.

The greatest challenge after the physical repairs was rebuilding the theatre’s place in the community. Black took on the large role of introducing and reintroducing community members to the new and improved theatre. She was often told during the first season that the patrons did not even know the theatre was there, nestled in the woods. The payoff now, however, is that she receives gratitude and joy from patrons and returning members. Though the theatre turns 78 this year, it has been revitalized structurally just as much as artistically, and has taken a new place in Michigan City as a home for art and community.

The 2019 Dunes Summer Theatre season promises many exciting things. Two important events in the summer line-up are the one-night concert taking place on Aug. 2 starring Andrew Salgado, and Working 2012, showing the last two weekends of August and the first weekend of September. Salgado is famous for performing alongside Carrie Underwood and co-writing songs for Toby Keith, Kacey Musgraves, and many more. Working 2012 is a remastered version of Studs Terkel’s Working, updated to celebrate both past and present. The show honors the workers across America’s heartland, including La Porte’s very own citizens, with two songs written by Hamilton’s Lin-Manuel Miranda.

Along with the shows, Black hopes to continue to build her board of directors, which includes Executive Director of the Michigan City Economic Development Corporation Clarence Hulse, and New York based Artistic Director Elise Kermani, among many other talented and involved patrons. As she widens the board of directors, Black also hopes to lengthen the theatre season for eventual year-round productions. Her ultimate goal for the theatre, she says, is to make it a regional theatre, bringing in regulars up to a 50-mile radius. She maintains that this growth is not simply for the benefit of the theatre, its programs and classes, but for the community at large. As they build their audience, local business, trade, and tourism grows for the Michigan City area. Black is optimistic for the season ahead, as well as further growth of support from the board and audience alike. 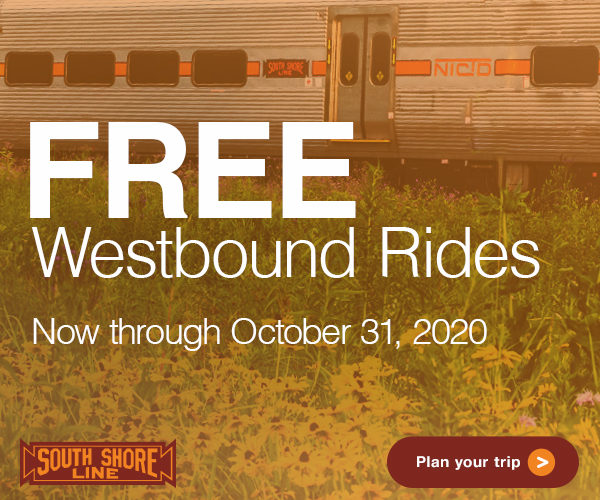