For those who haven’t heard of it, DECA is an international association that holds business marketing competitions for high school students. It helps participants become familiar with the business and marketing world and even practice their pubic speaking.

Earlier this school year, 26 students on the Westville DECA team competed in the regional DECA competition at Valparaiso High School. Of the 26 Westville participants, 18 qualified for the state competition that took place this month in Indianapolis.

On Sunday March 4th, the 18 qualifiers loaded onto their bus and headed to the state competition in Indianapolis. Shortly after they arrived in Indy the competition started. The first challenge the students faced was a 100 question multiple choice test. The competition continued the next day with students taking a situational role play where they had to solve a hypothetical problem in the business world. Once all of the competitors finished their role plays the scores were compiled for the award ceremony. This year two students, Blake Henderson and Nik Stoll, won competency medallions in Business Law and Ethics.

The state competition may have brought the season to a close for the Westville DECA team, but Mr. Corona, the sponsor of DECA at Westville, is already planning for next year. He has hopes of increasing participation in the club and guiding more students to the state and even national level of the competition. 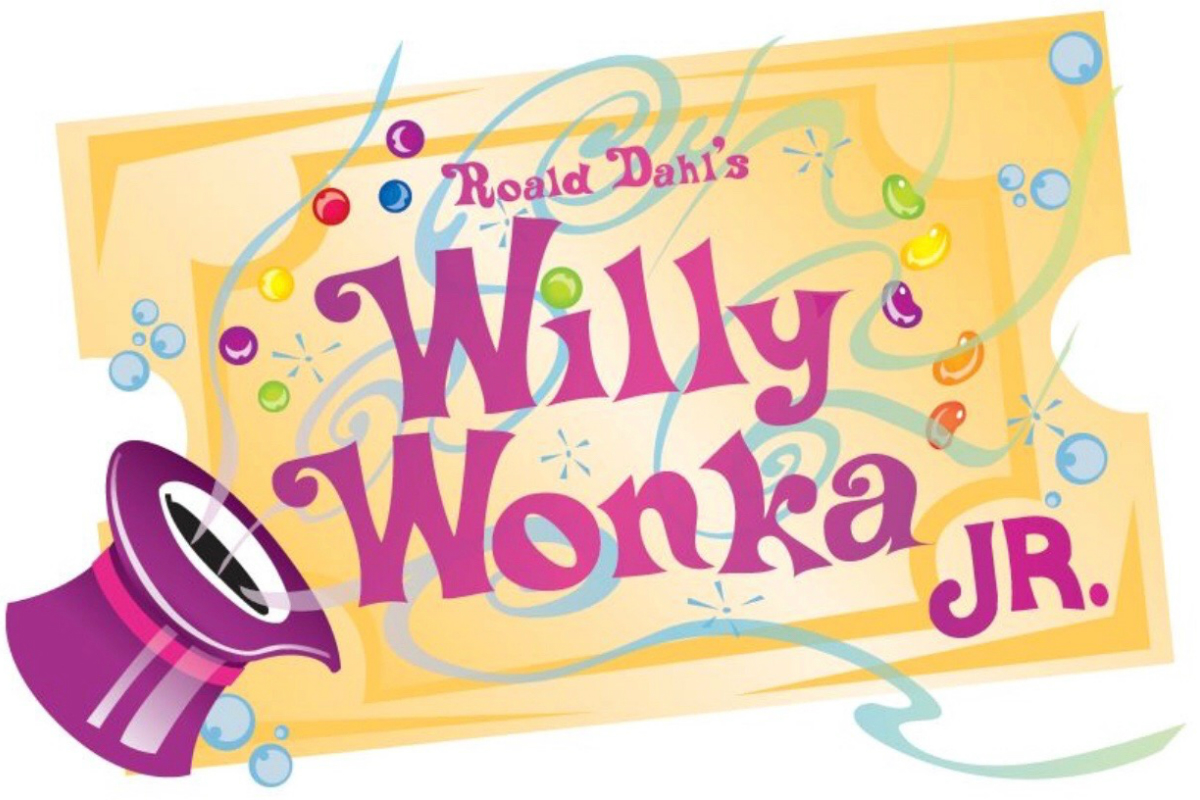 On March 23rd and 24th, Westville Theater will be presenting Willy Wonka Junior. This is only Westville’s second year with a theater program and they are already doing great things. Last year they held showings of James and the Giant Peach Junior, as well as A Christmas Carol. This year they have already shown performances of Peter Pan. Willy Wonka Junior will be the program’s fourth show, and it’s sure to be a great one.

Cast and crew have been preparing for their big performance all year long. Auditions were held in September with the first practice held only days later. Since then, the group has rehearsed every Tuesday and Thursday. Everyone has put in work towards building the sets, memorizing lines, and working on props and costumes. Soon all of their hard work will show on the stage at the big show.

The curtains open at 7:00pm on opening night when all of the young actors and actresses take the stage. The second showing will start at 3:00pm the next afternoon. Some of the lead performers include Jacob Griffin as Willy Wonka, Erin Ames as Charlie Bucket, Brooklyn Smiley as Augustus Gloop, Chase Lowery as Mike Teavee, Madison Allie as Violet Beauregarde, and Maddi Ames as Veruca Salt. Be sure to come out and support the Westville Theater program by seeing one of the performances. 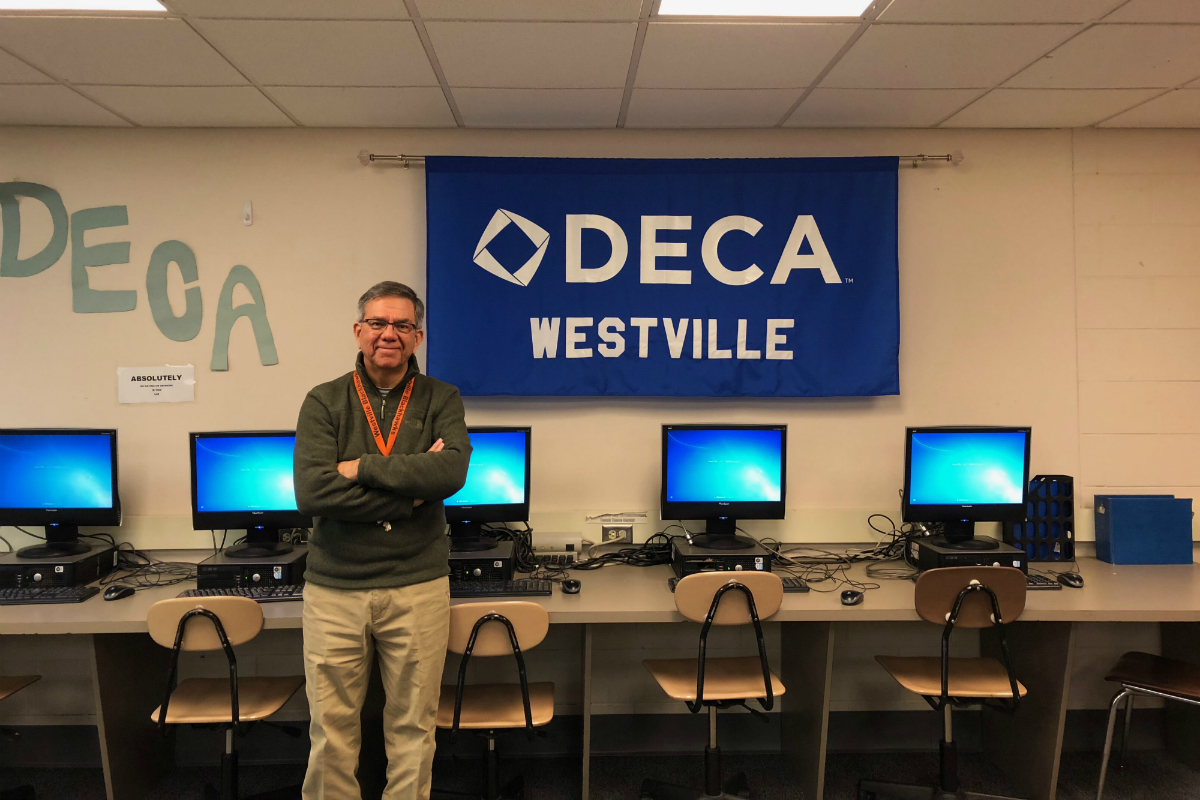 This month’s teacher spotlight is Mr. Dan Corona. He has been teaching for nine years, six of which have been at Westville. Before teaching at Westville, Mr. Corona went to Indiana University for Criminal Justice while working at Arcelor Mittal. There he worked as a journeyman pipefitter welder for 20 years.

After graduating, he was promoted to Sales and Marketing at the corporate office of Arcelor Mittal in Chicago. He continued to work in the Sales and Marketing department at Arcelor Mittal until he retired with 30 years total service. Corona still had a drive to work, and so he started and ran his own steel sales business for eight years until a fluctuating steel market convinced him to do what he wanted to do all his life, teach.

He taught Entrepreneurship in Hammond before coming to Westville High School. Since his start at Westville, Mr. Corona has done great things and his love for teaching has continued to grow.

“I truly enjoy the feeling of contributing to the educational growth of students, and it’s very rewarding when former students come back and tell me that they learned a lot from my classes and our DECA club,” said Corona.

Mr.Corona currently teaches Principles of Business Marketing, Personal Finance, Sports Marketing and Entertainment, and Preparation for College and Careers. Along with his classes, Mr. Corona sponsors Westville DECA and is the coordinator for the school’s work study program where seniors can take half days from school and spend the other half of their day on the job and being active in the workforce.

Outside of school, Mr. Corona enjoys traveling, golfing, hiking, and following college sports and the Chicago Cubs. He also enjoys spending time with his three children, Danielle, Stephen, and Allison, and his first grandson, Tyler. 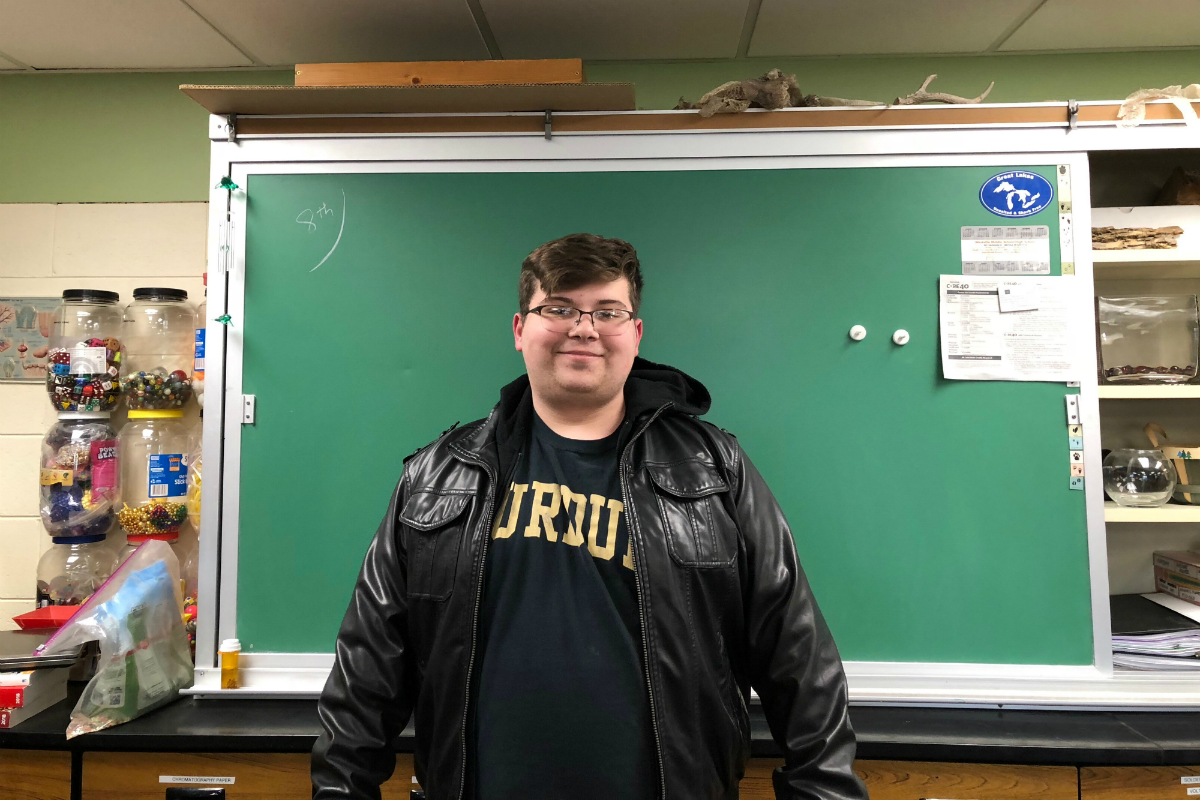 This month’s student spotlight is Matthew Slana. Slana is a junior and has attended Westville since second grade. He loves the atmosphere presented by the teachers and students at Westville as well as being able to experience new and exciting activities everyday.

Slana is a very involved and enthusiastic student who strives to go above and beyond in all that he does. Some of his personal goals for the school year are to stay on track with his school work and grades while balancing after school activities, and to challenge himself everyday.

Slana currently participates in many school clubs and activities including National Honor Society, Student Council, Leo Club, Science Olympiad, and DECA. Of these, Science Olympiad is his favorite.

“Science Olympiad would have to be my favorite due to the fact that I get to explore many different parts of STEM and learn new things about varying subjects. I especially enjoy the challenge it presents,” Slana said.

Slana is very passionate about the health science field and considers it to be his favorite subject. After high school, he plans on attending college and eventually becoming a surgeon. In his downtime, Slana enjoys hanging out with his friends and family, playing board games, and reading the occasional book. He is a hardworking, goal-oriented student who is on the path to a great future.