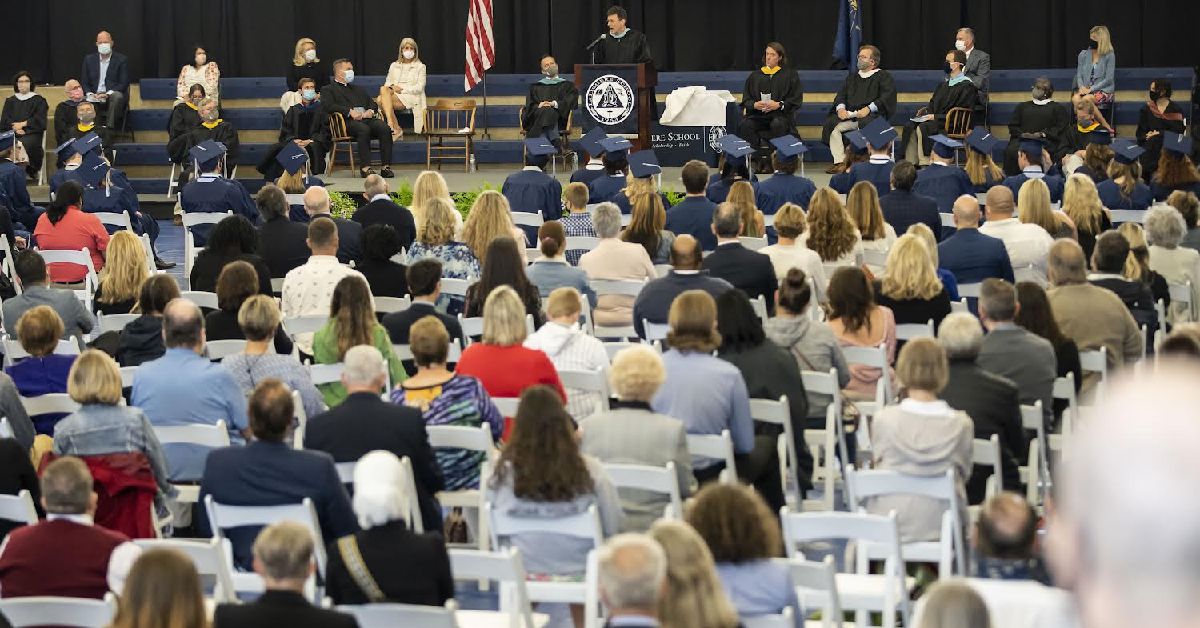 With the end of the year quickly approaching, this spring has proved to be yet again another busy time for the La Lumiere community. Due to the COVID-19 pandemic, the past few springs at La Lumiere have had a much lower amount of events and activities than in past years. However, with the slowing of the pandemic and the lessening of the COVID-19 pandemic restrictions, for the first time in two years, La Lumiere has finally seen the return of many of its favorite springtime activities.

Among these events to make a return to the La Lumiere community was the La Lumiere Film Festival held on Friday, May 7. This event is an opportunity for students and faculty at La Lumiere to share their creativity with the rest of the student body through the creation of films which can be about anything the creator wishes. This year saw ten different movie submissions which were all unique in their own special way.

Johnny Shuck, a senior at La Lumiere who organized the return of this year's film festival, commented on how much having this tradition back means.

“The film festival means so much to me and so I’m thrilled to have brought it back this year,” said Shuck. “Getting to see other people making videos and showing off their creativity is super special to me, and so watching the community come together on this has been a super special experience for me.”

The film festival was not the only event to make a return this spring, with the biannual La Lumiere Open House also making a return on Saturday, April 30. While the open house in the fall was held again this academic year after a long period between open houses, the spring open house has not happened for over two years, and so the La Lumiere Admissions Team was very excited to welcome prospective families back on campus.

During the open house many of the students helped in welcoming the families onto campus by giving tours, hosting a flower planting activity to showcase boarding life at La Lumiere, and through guiding families through the various events offered.

While the past few weeks have proved to be busy ones, they have only scratched the surface of what is to come in the next few weeks.

As the year continues to come to a close, many favorite La Lumiere traditions are coming up, including prom, academic convocation, and finally commencement.

Prom this year is being held at White Oak Barn in Michigan City on Saturday, May 14 with a theme of Masquerade Ball. Following that on Wednesday, May 25, Academic Convocation will be held in the Marsch Gymnasium. This is an annual event that gives out recognition to both students and athletes who have excelled throughout the past academic year, and who have earned a high achievement through their hard work.

The year will finally conclude on Friday, May 27 which is La Lumiere's Commencement Ceremony also held in Marsch Gymnasium. The class of 2022, consisting of a total of 50 seniors, all of whom are soaking in their final moments as high school students, and looking to the future which appears to be bright for all of them.

Patti Pangborn, an English teacher at La Lumiere, finds herself in the classroom often encouraging her students to show their creativity through their writing. Thus, she has found the film festival to be a perfect opportunity to encourage students to think deeper and more analytically.

“As an English teacher it's important to think of films as texts that can be analyzed and that can have a deeper meaning,” said Pangborn. “Through students being able to create films this encourages them to think more deeply, and allows for them to see themselves as creators who can be worthy of analysis and critique.”

Having only been at La Lumiere for two years now, she has found that both the location and size of La Lumiere make it the special place it truly is.

“I love that La Lumiere is small enough that everyone knows each other, which makes you feel that you aren't just a face in the crowd,” said Pangborn. “Also having such a beautiful campus and being surrounded by such beautiful nature adds to the inspirational feeling that one truly finds on campus.”

As her time continues on at La Lumiere, Pangborn continues to find more inspiration within her surroundings as well as in teaching her students, helping them to not only grow as thinkers, but also as individuals who are capable of great things.

Isaac Fielder, a current senior at La Lumiere, is one of many students who has used the unique environment of La Lumiere to fuel his creativity. By having such a small community around him in such a beautiful place, he has learned how to share his views and memories with others.

“By having such a small community and a beautiful campus, at La Lumiere there is such a supportive attitude from everyone,” said Fielder. “We’re encouraged as students to express ourselves and the things that we enjoy whether that is through playing sports or through filmmaking.”

Fielder is one of many students who helped make the Film Festival a success with him contributing and making not just one, but two films for the festival. For him though the film festival proved to be another opportunity for him to be able to express a memory with the rest of the school.

While Fielder is coming towards the end of his time at La Lumiere he is still soaking in every moment with his classmates, participating in all the activities this spring, and just taking everything in one last time before graduation day.