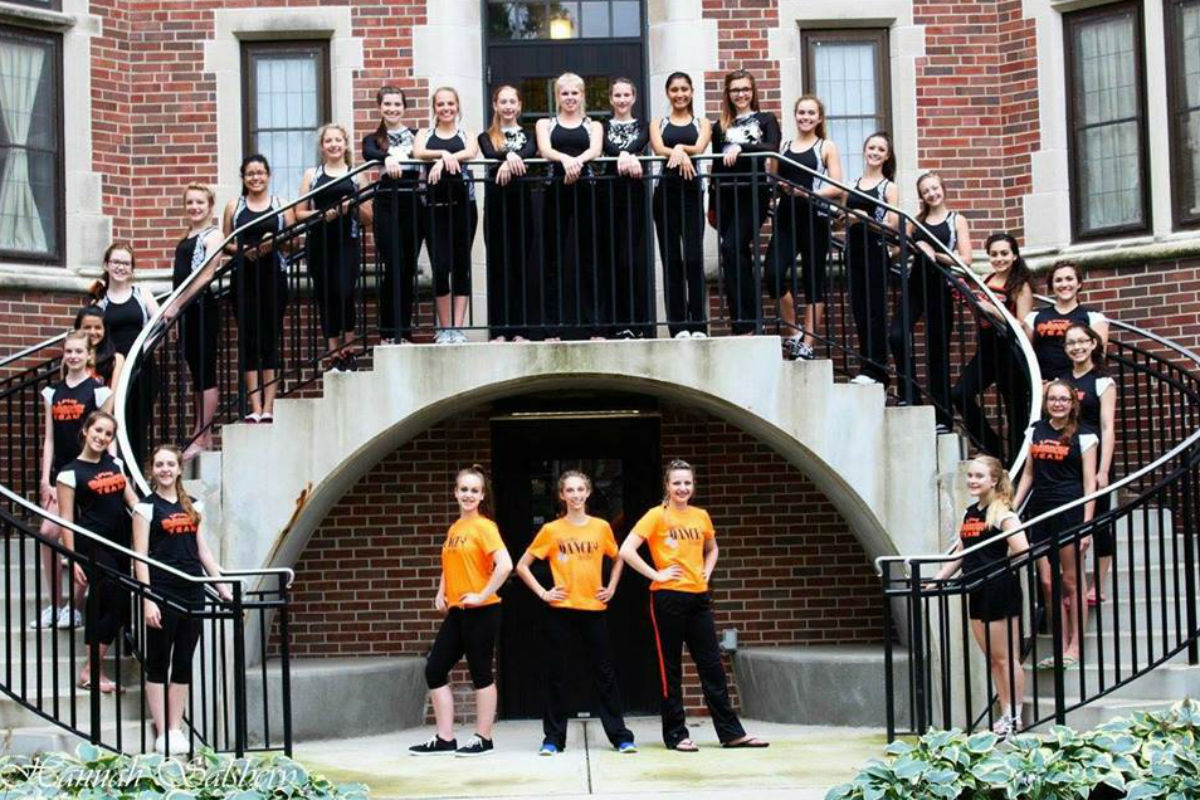 This summer, La Porte High School seniors have the opportunity to take a college applications summer workshop. Mrs. Hunt, LPHS counselor, has put together a three-hour long meeting to help seniors get familiar with filling out various college applications.

Each student receives a binder and a goody bag filled with small items from many different colleges. The binder includes a personal information sheet to help college-bound seniors organize usernames, passwords, and reference information for tests such as the SATs and ACTs. Also included in the binder is an achievement sheet where students may fill out activities they participated in, awards they have received, and future goals. There is also a college visit sheet to help seniors keep track of their thoughts during their visit along with questions they might want to ask.

Senior Mariah Sharp took the workshop and said, “The workshop was helpful because most people don’t spend the time to help you through the tough process of the things you need to do when interested in going to college.”

UCA and UDA both allow teams to bond throughout the camp. Each team must work together to remember their routine or cheer to get the highest evaluation score possible. Each dance team comes prepared with a routine to compete against all the other teams at camp. This routine in performed on the first night. Along with that, teams learn three different routines throughout the four days. The cheerleaders learn new lifts, routines, and cheers to help them prepare for their upcoming season. Outside of the camp itself, teams spend their downtime going over their routines and cheers with not only their team, but other teams as well.

Junior Kaylee Hudson said, “My favorite part about cheer camp is making new friends and bonding with other teams.”

Members of the La Porte High School Athletic Council attended IHSAA’s Student Leadership Conference on June 23. La Porte was one of over one hundred schools that attended the conference. They were all there to learn more about leadership qualities.

Each group was able to choose three “breakout sessions” where they learned how to use particular leadership qualities.

Junior Katie Pickford said, “Stephen Bargatze was a real mind changer, he was my favorite breakout session. He really made me think in a new way.”

Also in attendance was senior Matt Otwinowski. He was there as part of the 2014- 2015 IHSAA student advisory committee. Only 18 students from the entire state of Indiana are chosen to be a part of this committee. 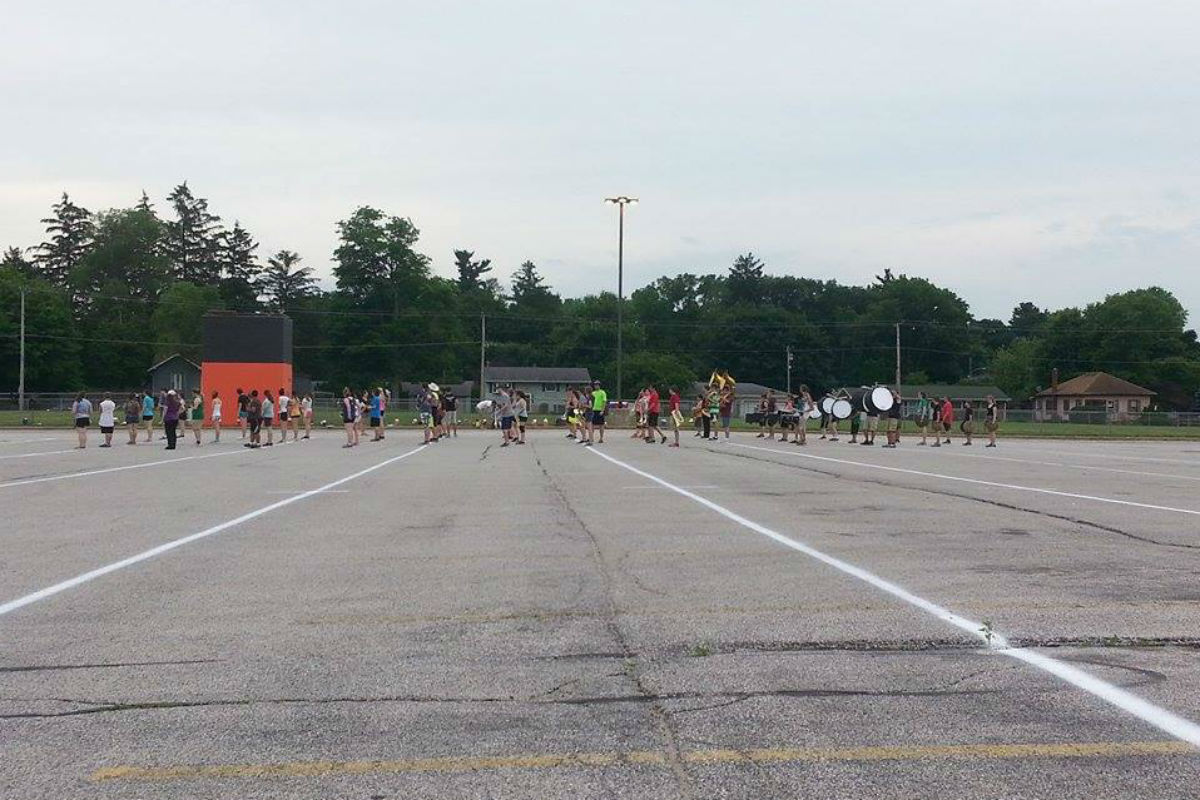 Many students at LPHS take part in LaPorte’s annual 4th of July parade. Whether part of a school program or walking in for other activities, students find a way to show pride for their country by taking part in the town’s parade.

Members of the marching band spend several hours each day practicing for their annual performance. They may make it look easy marching the two-mile parade route, but they spend more hours practicing than most sports teams. Marching band members devote most of the month of June to preparing for this single performance.

Other students walk the route with politicians and throw out t-shirts and candy to support the community.

Every year, students from across the county come to the annual 4-H fair to show their animals and exhibit their talents. Many students at La Porte High School take part the in the fair, and spend the whole year preparing for it.

Any student that exhibits an animal spends all year raising and training it for the fair. Junior Olivia West said, “4-H has taught me responsibility and how to care for an animal.” 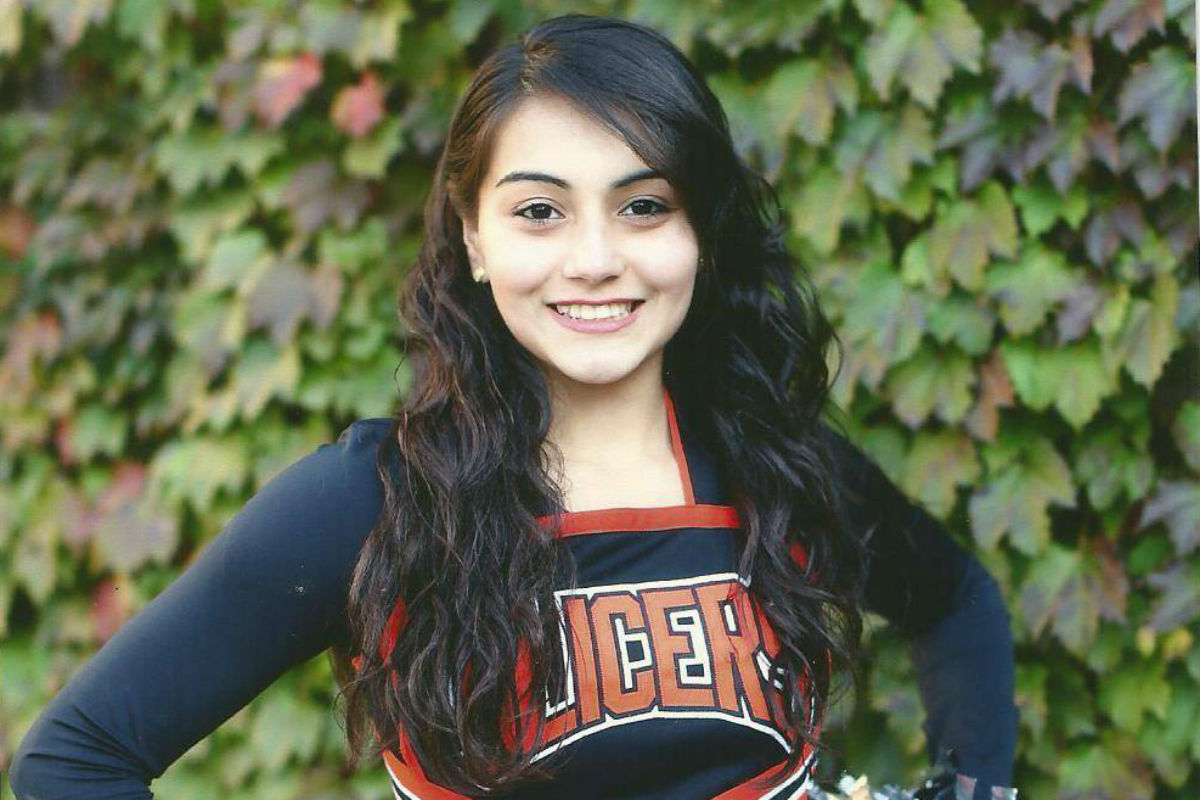 When it comes to giving 110% all the time, Bianca Gamez gives 120%. As part of the LPHS Pom and Dance team, she has learned that giving it her all and more pays off. Gamez goes to every practice on time and ready to go. She takes the initiative to make sure that the team stays on track and positive.

“Bianca is the sweetest and hardest working person I know. She goes out of her way to help others,” said Sophomore Kaitlyn Waldscmidt. Her positive attitude toward everything really boosts the team moral. Gamez is always looks for ways to improve herself, but by doing so she is improving her team as well.

While at dance camp this year, Gamez learned an extra routine and performed it in front of the entire camp to have the opportunity to be selected as an All- American. As a new All- American, Gamez now has the chance to represent La Porte High School in the London New Year’s Day Parade this winter.

“My hard work paid off because if I hadn’t put my all into becoming an All- American then I wouldn’t be having the opportunity to dance in London. It’s a huge honor,” said Gamez.

Mrs. Hunt is always at her students’ side. She goes above and beyond to make sure her students are prepared for life after they step outside the high school doors for the last time. She has created the summer workshop for seniors to help them through the tough process of college applications.

Mrs. Hunt is a very helpful counselor that many students enjoy working with. She helps students through any problems they might be having.