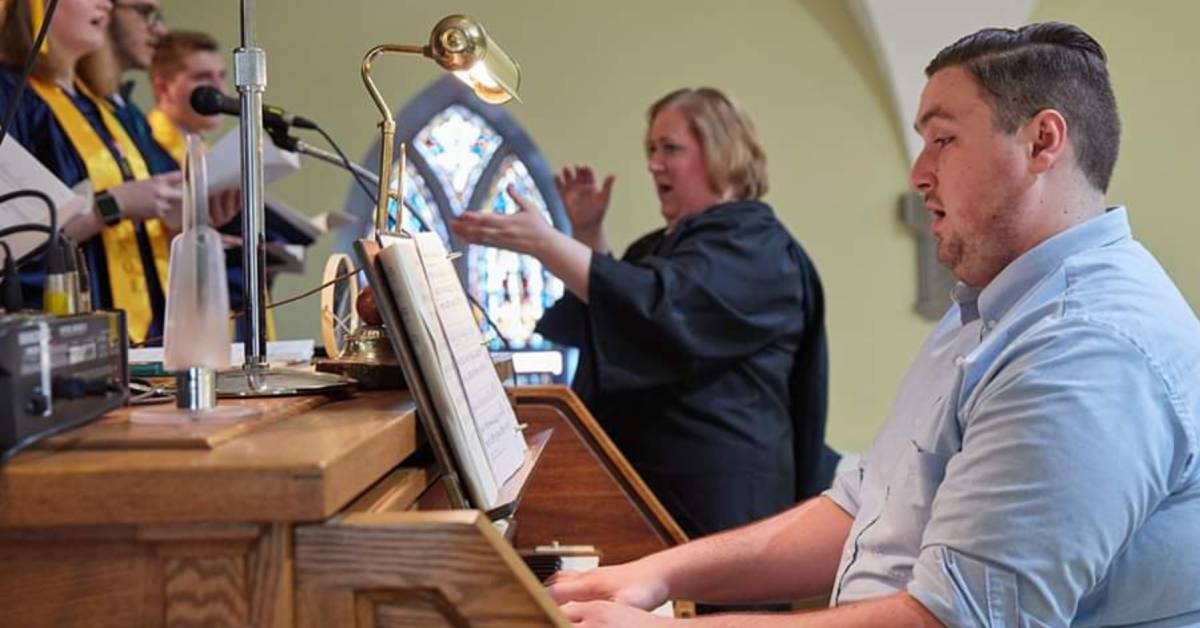 On March 6, Marquette Catholic High School welcomed volunteer mentors from Junior Achievement of Chicago’s Northwest Indiana Board of Directors, the local business community (including organizations like Horizon Bank, Centier Bank, and the Porter County Community Foundation), and students from the Purdue Northwest College of Business to give presentations on career preparedness and professionalism. The students were able to engage in activities, skits, and question-and-answer sessions alongside the Junior Achievement presentations to expand their knowledge about entering the career field.

This session was made possible through the Northwest Indiana Division of Junior Achievement of Chicago, Purdue University Northwest’s Center for Career Management, and the Big Shoulders Fund, which assists 20 Northwest Indiana Catholic schools in the Diocese of Gary with operational and academic support, as well as scholarship assistance.

“These types of programs and services are only possible with the support of many groups and organizations,” said Roslyn Malouhos, director of the Northwest Indiana Division of Junior Achievement of Chicago.

The drama department at Marquette will present “Back to the 80s” during the month of March. The musical was based on the classic archetypes of jocks and nerds, and the transcendent themes of friendship and romance.

Marquette’s cast will feature performers Wil and Andy Crane as the narrator at the teenage student and adult stages of life, Kenzie Losinski as the beloved cheerleader, and Michael Bim-Merle as the popular jock. The musical will be put on by 20 cast and crew members, who have been in rehearsal for the last two months.

“From the students putting in extra rehearsal hours, to snow days, to parents coming to work calls and donating their time, to my friends who have come and helped design, draw, build and just lend their moral support... I am so grateful and my heart is so full. I just can’t wait to show off all of this effort and hard work to the community!” commented director Amy Crane.

In addition to the performances, Marquette will be hosting their annual “Love Blue, Give Gold” fundraiser on March 14 at The Blue Chip Casino at 7:00 p.m. To purchase tickets and make reservations, please email Luanne Fettig at lfettig@marquette-hs.org.

Anthony Holt first came to Marquette after being asked to work on the lighting design for a Marquette theatre production by Amy Crane. Through the production, he became close friends with her and she invited him to become a returning theatre assistant at Marquette.

He has since joined the team permanently as the lighting and sound designer, teaching students how to run lighting and sound for a show as well as working with actors to develop their musical skills. Most recently, Holt has led the rehearsals for Marquette’s upcoming “Back to the 80s” musical.

He has also started substitute-teaching at Marquette this school year, which has given him a look into the daily life of a teacher, and helped him to decide his major in college. Holt, a 2014 graduate of Michigan City High School, plans to attend Indiana University Northwest.

The biggest rewards, for him, in joining the Marquette community were his call to faith and leadership.

“Being involved in the Marquette community has actually called for my conversion… but, aside from that, experiencing and sharing in the joy of the students when they finally ‘get it’ makes every challenge worth it,” Holt said.

“It’s helped me open up to a lot more people. It’s easier to open up to people who are similar to me because I can really express who I am,” Losinski said.

Aside from the friendships, she praised the payoff of the rigorous production process.

“The greatest reward is the people you get to work with, and being able to see the end result of all the hard work you put in,” she said.

Outside of theatre and performance, Losinski is a runner for the school’s cross-country team and serves her community as a volunteer.

The best parts of Marquette, to her, are the students, staff, and the laid-back environment they create to encourage individuality.

She plans to study musical theatre, and her advice to fellow students is to always stay true to yourself because the right people will find you.