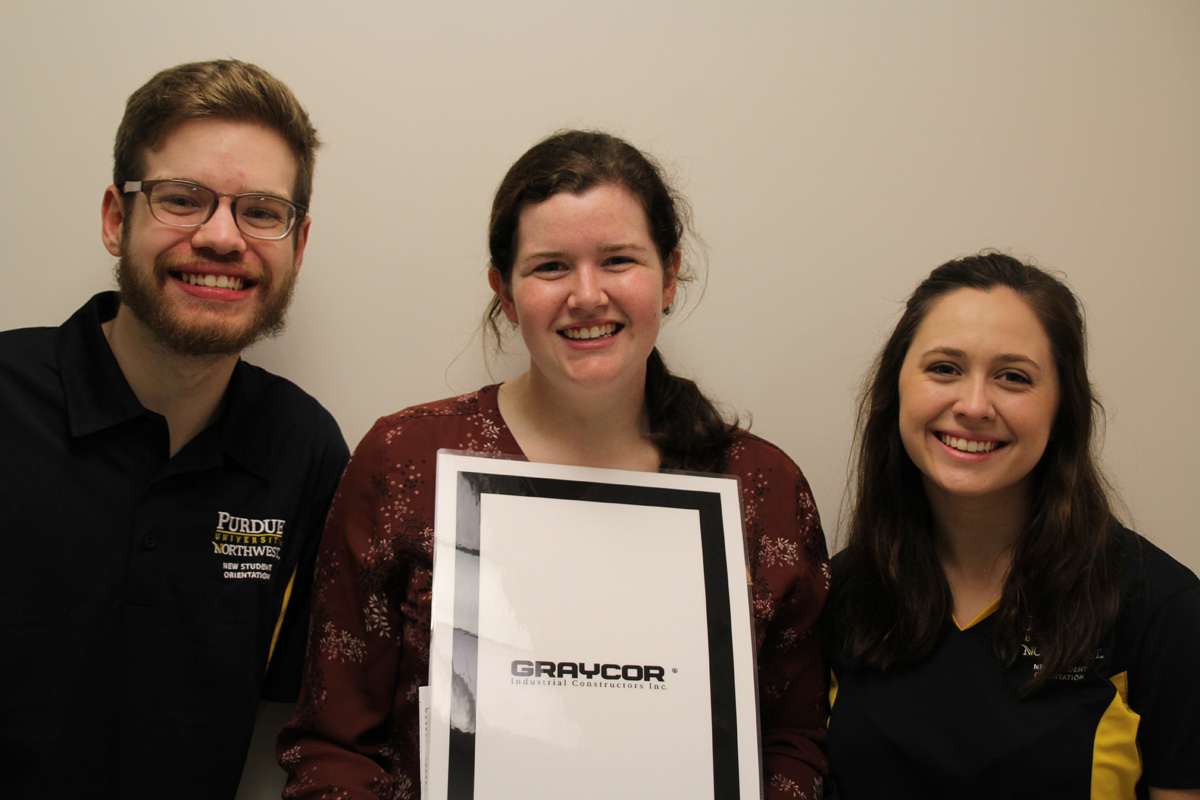 Nearly 300 high school students from 12 local schools poured through Purdue University Northwest’s campus on Friday morning to get a taste of college life and delve into the ever-advancing world of engineering.

The seminar, hosted by Purdue University Northwest (PNW) and sponsored by the Association for Iron and Steel Technology (AIST) Midwest Chapter, included speakers, hands-on engineering workshops, networking opportunities and a chance to tour the campus.

The event has come a long way since its beginnings a decade ago, according to Kelly Dallas, Principal Engineer at ArcelorMittal USA and member of the Board of Directors for AIST’s Midwest Chapter. Dallas, a PNW Mechanical Engineering alumnus, founded the event with seven participating high schools.

“The main benefit from Purdue University Northwest and their students, is that they understand the area,” Dallas said. “Northwest Indiana is a little different. It’s a very industrial area, so that’s important to our industry. ArcelorMittal does hire from other places in the country, but we find our retention rate among other things are from Northwest Indiana students.”

Steve Civanich, NALCO Water’s Vice-President of Corporate Accounts in North America, was one of the speakers to kick off the day’s events. Civanich, an AIST Midwest Chapter Chair, began by asking students, “Is the steel industry a good thing or a bad thing?”

“The steel industry is the backbone of this nation,” Civanich said. “You look at any country that has ever evolved and achieved status, they have a very strong steel making capability. You can’t build skyscrapers, bridges or boats without it.”

AIST is designed to be a bridge between students and education, as well as promoting the steel industry. Civanich said that their Midwest Chapter alone donates $35,000 each year through scholarships for engineering students. AIST and PNW partner through resources and sharing ideas, ultimately moving bright young minds into local thriving industries.

“The steel industry has been around for centuries,” Civanich said. “We need a fresh look - a millennial look - at new ways of doing things and thinking out of the box.”

Perhaps peering into their futures, the high school students also met current PNW engineering majors who shed light on the program and the opportunities ahead.

Four years ago, Brianna Anderson attended the engineering seminar at PNW by chance, completely changing the course of her life. The Rolling Prairie native said she had unintentionally landed herself in an engineering class at her high school, though her aspirations at the time were in studying law.

“This got me geared towards engineering,” Anderson, PNW junior and Mechanical Engineering Major, said. “I learned that it’s so much more exciting than I could’ve imagined. When I came here, I knew what I wanted to do with my life.”

That day on Purdue University Northwest’s campus, everything in Anderson’s life clicked. Her days helping her dad work on his car, the glee she got out of repairing her older sister’s broken MP3 Player, it all suddenly made sense. Now the current PNW student plans to become a CEO in the engineering industry and was one of the speakers at the engineering seminar, encouraging high school students to pursue their passions at PNW.

Purdue University Northwest was recently ranked by the U.S. News & World Report Best Colleges as No. 26 among the best engineering programs in the nation.

The students also had a chance to network with companies such as NIPSCO, ArcelorMittal USA, United States Steel Corporation and more in the campus’s Student Union and Library. A total of 20 organizations and businesses were in attendance, each offering opportunities for engineering positions in surrounding cities and towns, allowing Region natives to stay close to home after graduation.

Dr. Chenn Zhou, Director for the Center for Innovation through Visualization and Simulation at PNW, said the engineering seminar is an event she feels is vital.

“I truly believe we need more young, talented people in engineering,” Zhou said. “In order to do that, students need to see what engineering looks like and what they do. This is an example of that. This event has become a national model for universities, industries and the AIST on how to give students hands-on experience, and inspire them to become an engineer.”

A variety of lab sessions immersed the youth in unique engineering projects, such as constructing the tallest tower using uncooked spaghetti noodles and gumdrops. Purdue Alumnus Ted Vrehas, Vice-President at Graycor Industrial Constructors, led students in creating planes out of Styrofoam, paper, tape and other materials using a budget of Monopoly money to “buy” their supplies. The students worked in groups to see who could make the farthest-flying plane.

“The most important thing about this is that engineering involves problem-solving,” Vrehas said. “You have to use creativity combined with teamwork to find the best solution.”