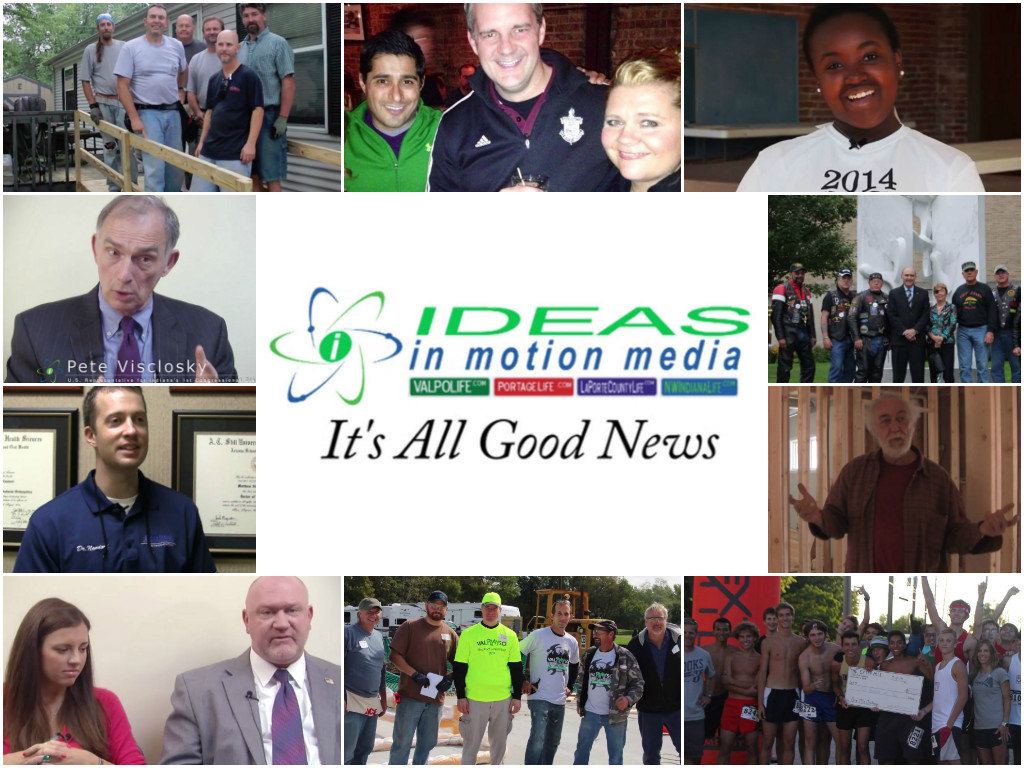 At Ideas in Motion Media, we've been sharing a number of great videos from all walks of life that affect Lake, Porter and La Porte counties this summer and fall. We put together a list of a few that would be of interest to anybody, whether you're interested in building railroads, parks, relationships or a community.

There's an awful lot of good going on, just take a look! See all of our videos on the Ideas in Motion Media YouTube Channel!

In this first part of our recent sit down with Congressman Pete Visclosky we talk about the South Shore Rail's recent proposed plans for the West Lake Corridor - an expansion on the South Shore Line's existing route through Northwest Indiana.

We sat down and talked to 2014's Youth of the Year Eboné Ivory on how the B&GC has helped her overcome her struggles and help her inspire others.

In this third part of our interviews with the Mayor of La Porte Blair Milo and Mayor of Michigan City Ron Meer they talk about what being a Mayor of their city means to them, if they would run to be elected again, and how the job changes from day to day.

In this second and final part of the interview we did with Rick Soria and Scott Fech they talk about what their respective schools do to recognize LBGT groups, misconceptions about same sex marriage, and what can be done to support LBGT groups along with the marriage equality movement.

We stopped by the first day of the building of the new ValPLAYso park and talked to a few people who are passionate about building ValPLAYso for a new generation.

In our interview with Matt Nondorf we sat down and talked about Cavanaugh & Nondorf, why he became an orthodontist, how Cavanaugh & Nondorf works with the latest technology, and why it's beneficial to have one office that's open every week of the year.

The Northwest Indiana Running Community with Todd and Heather Henderlong

In part two of our interview with Todd and Heather Henderlong from Extra Mile Fitness Company they talk about the NWI running community, what drives them to help out with different races around the region, and why they love living in Northwest Indiana.

Working Together to Build Neighbor's Place

In this first part of many interviews with The Indiana/Kentucky/Ohio Regional Council of Carpenters members Mike Kwiatkowski and Eric Yuhasz they sat down to talk about how the union helps further the community that they serve.