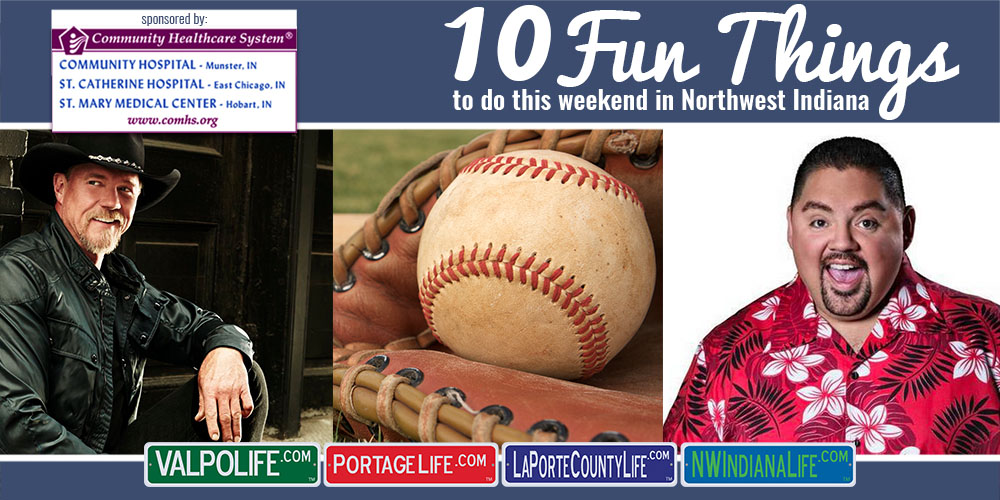 Let’s have some fun this weekend, shall we? It is the first Friday of July, and you know what that means! The First Friday at Lubeznik Center will be officially opening the Home Exhibit, where the many talented artists explore the concept of home in the media. The summer night will be filled with a lovely art walk through Michigan City…then finish the rest of the weekend with music, music, and more music. The 7th annual LIVIN IT UP Festival at Zao Island is Friday night, followed by Chicagoland’s Beetles Tribute Band, and Country Music Star Trace Adkins at Blue Chip! The European Market is a great family event to shop and enjoy some great local food and of course, spend a summer night with Shakespeare to watch the Taming of the Shrew.

You can see all of our events below, but if you have something going on, be sure to let us know with an email to share@nwindianalife.com and we'll add it to our calendars!

Serbian Baseball Team US Tour Compete with Local Oilmen
The Northwest Indiana Oilmen are proud to announce a historic event. For the first time in its existence, the Serbian National Baseball Team will travel to the United States for a week-long visit in Northwest Indiana. The team will play a three-game series with the Oilmen from July 7-9, and will then play the MCL All-Stars on July 11. Head to the Oil City Stadium in Whiting!

Schererville Movie Party in the Park: Rogue One
Bring the whole family to enjoy a night under the stars watching the latest classic Star Wars story! As always, there will be festivities, food, beer/wine garden, and more before the 9 p.m. movie begins!

Gabriel Iglesias — Fluffy Mania World Tour
Horseshoe Casino will present Gabriel Iglesias for his FluffyMania World Tour: 20 Years of Comedy. Iglesias, known as the "fluffy" comic in the Hawaiian shirt, says he gets his material from things that happen every day. His comedy style - telling stories with characters and sound effects that bring all of his personal issues to life - has entertained audiences on numerous televisions shows and in comedy clubs all over the country.

Chesterton European Market
Enjoy food, crafts, drinks, books, and more at the European Market in downtown Chesterton. Packed with families, dogs, and too many vendor booths to count, the market is the place to be on Saturday!

Chicagoland’s Premier Beatles Tribute Band
Head to the Dunes Summer Theater in Michigan City to The Beatles Tribute Band this weekend! The concert is inside an air-conditioned theater. There will also be an open patio to enjoy beer and wine before and during the show!

Portage Township Live Entertainment Association Presents “Diamond and Elvis”
A tribute concert to Neil Diamond and Elvis Presley will be performed on Sunday. This FREE concert is part of the 2017 Portage Summer Music Series held outdoors at Founders Square Park, with the concert music series continuing through August. Joe "Neil" Zirconia really shines as legendary Neil Diamond, with high-energy cover renditions of songs from one of the greatest singer/songwriters of our time! And Dave "ELVIS" Thomas has been performing as Elvis for nearly 30 years now, including appearances at large fests and venues like Six Flags.