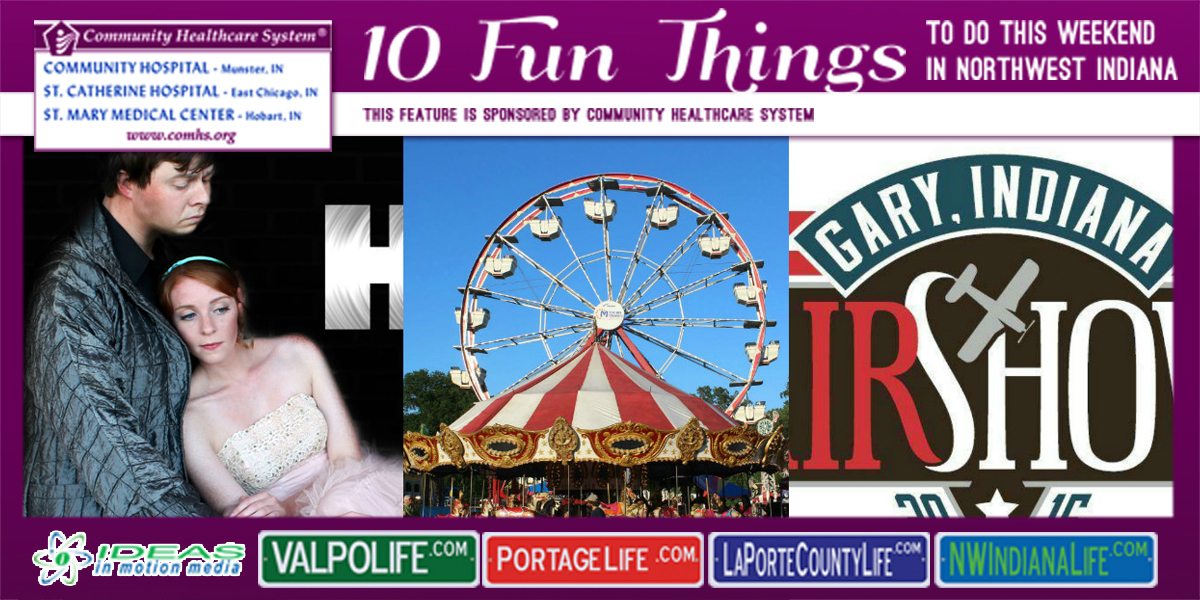 Summer is in full swing and our calendar is full of great events just waiting for you! Do you have an event you'd like to share? Just send us an email to share@ideasinmotionmedia.com and we'll add it to our event calendar!

Nativity Festival
It’s that time of year again when festival season is in full swing. The City of Portage will celebrate Nativity Festival this weekend hosted by the Nativity of our Savior Parish in Portage. This year marks the 50th Anniversary of the Nativity Fest which will run from July 9th to July 12th. Along with the live entertainment and numerous attractions for the whole family, Nativity Fest will include “the BEST FOOD this side of Heaven!".

Greek Fest
Coming up on July 10-12, 2015 is the 46th Annual Merrillville Greek Fest. This festival celebrates Greek culture with food, festivities, and fun!

Gary Air Show
For the past two years, NWI residents had to miss out on the exciting, high flying entertainment that came from the Gary Air Show. However, after much anticipation the Gary Airshow is back and promises to be bigger and better than ever before.

ShakeSpeare in the Park
Considered by many to be the “Greatest Play in the English Language,” Hamlet is presented for 2015’s Shakespeare in Central Park Plaza. This stunning masterpiece tells a story of mystery, murder, and madness as the Prince of Denmark must avenge his father’s death and unlock the dark conspiracy that leads him to members of his own family.

Lakeshore Paws Adopt and Giveback event at Bargain Barn
Bargain Barn is about to celebrate our 4th anniversary! And we are so excited that we just can’t keep the happiness to ourselves. On July 11 - 10% of sales will be donated to Lakeshore PAWS. From 11am-2pm, Lakeshore PAWS will be at our store with some adorable dogs who are looking for forever homes.

Livin' it Up Music Fest
The 5th annual LIVIN' IT UP music festival to benefit Porter County Special Olympics will take place on Sunday July 12, 2015 from 2pm to 10:30 pm at Zao Island , 1050 Horseprairie Avenue in Valparaiso, Indiana. The fest will feature performances by local artists Ripley Street, Hoosier Highway, Head Honchos, The Energy Commision, Josh Holmes Band, The Darren Enloe Band, Chris & Lou, Tyler Nimon, Bolsega & Crabtree, Robert Rolfe Feddersen and DJ Andy Petrovich. There are plenty of activities for the family at Zao Island to go along with all the great music.