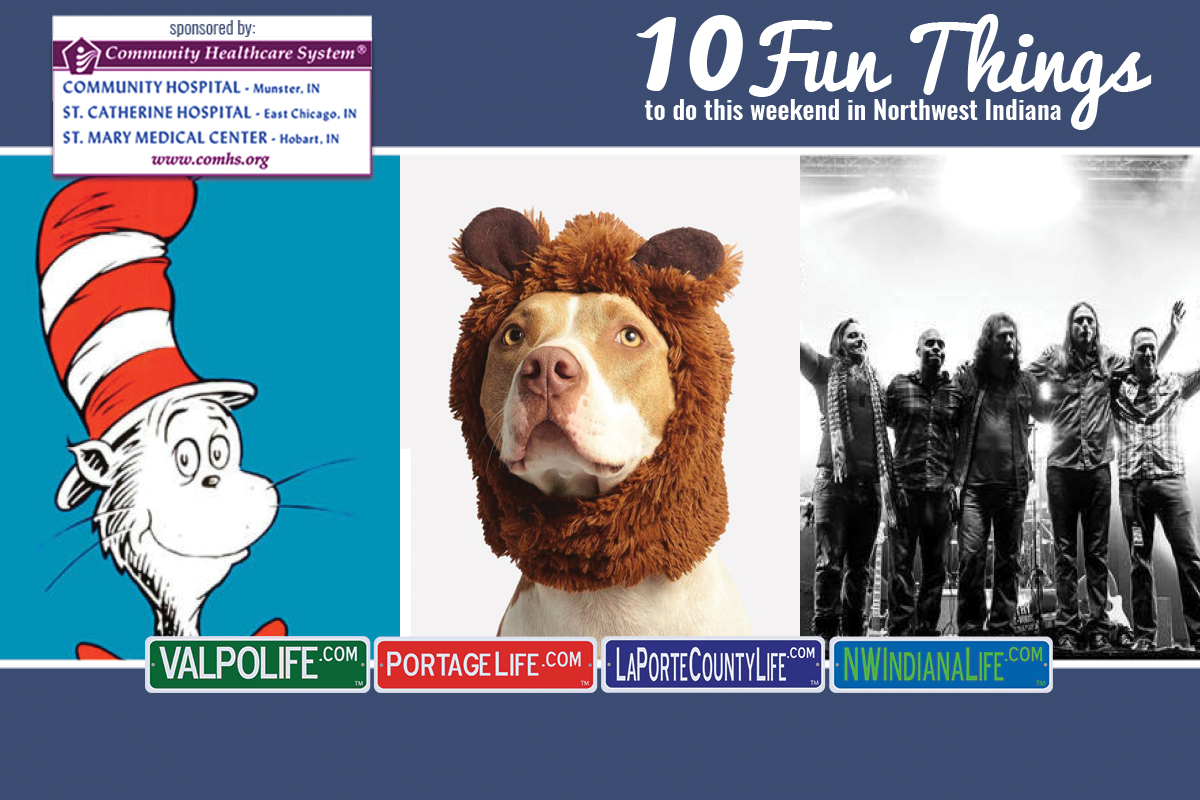 As January's end is in sight, the Region is here with tons of fun activities like film festivals, concerts, Zumba classes and more this weekend! Oh... did I mention about the pet adoption event happening?! Find out what else is happening this weekend in Northwest Indiana!

Wheeler High School and Union Township Middle School have been working together since September to bring the world of Dr. Seuss to the Bearcat Theatre Company stage! This non-stop musical experience brings to life all of your favorite Dr. Seuss characters! From the Planet of Who and the smallest of small to the Jungle of Nool and the largest of all, you will be wildly impressed with this cast of characters.

Swing by the shop on Saturday, January 26, for a Lakeshore PAWS adoption event where you can meet adoptable pups and help them find forever homes!
We will also be hosting a donation drive for Lakeshore PAWS during the event! If you bring one (or many!) of the items below, you'll receive 20% off your in-store purchase on the 26th, and that 20% will be donated to Lakeshore PAWS.

Valparaiso University presents its International Film Festival, featuring films from around the world and discussions led by Valpo faculty members.

Meet and greet Humane Indiana's Owl ambassadors!
Join our education staff as we teach about the different species of owls that spend their winters in Northwest Indiana. You'll get a chance to meet our ambassador owls that call Humane Indiana Wildlife home. From the tiny Eastern Screech Owl to the fiercest night predator, the Great Horned Owl, these birds have some amazing adaptations to share. Attendees will even get a chance to meet a winter arctic visitor, the Snowy Owl, who is now a permanent resident of Humane Indiana Wildlife. A suggested donation fee of $10 gets you in to all the fun!

"Shot at the Olympic Stadium in Seoul during the BTS WORLD TOUR LOVE YOURSELF, an exclusive screening of the most sought-after concert of 2018 hits movie theaters nationwide for a one-day-only event. This event will bring fans together to celebrate the seven members of the global boyband and their unprecedented international phenomenon. The event will also be available for viewing in eight ScreenX equipped movie theaters across the country (for more information, check your local listings)."

Anyone can learn CPR, and everyone should! Sadly, 70 percent of Americans may feel helpless to act during a cardiac emergency because they either do not know how to administer CPR or their training has significantly lapsed. This alarming statistic could hit close to home, because home is exactly where 88 percent of cardiac arrests occur.

The Crossing - La Porte, IN

Whether you want to tone, destress, or get your heart pumping, a variety of classes are available with a membership or $5 one-week trial at The Crossing of La Porte Hospital.
Focuses on body sculpting. Classes are available from 6-7 p.m. Wednesdays, and 5:30-6:30 a.m. Tuesdays, Thursdays and Fridays at The Crossing, 1203 Washington St., La Porte. Registration is not required.