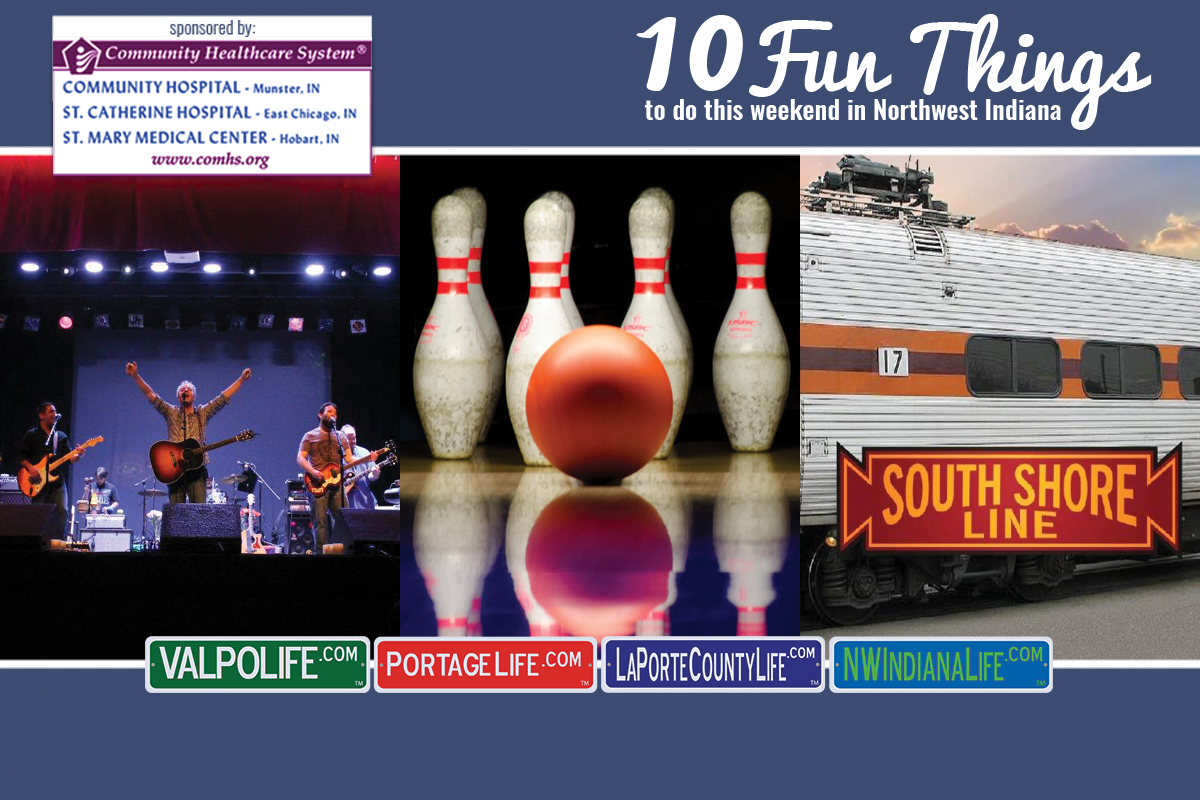 Northwest Indiana's rich history takes center stage this week's 10 Fun Things! Learn about La Porte County's impact in the ice industry, or checkout the Midwest Rail Rangers in Michigan City this weekend. Also, don't miss out on Cadillac Grove playing at Blue Chip Casino on Saturday. Click to find out what other AMAZING activities are happening in your community!

Never one to shy away from challenging and provocative works, Chicago Street Theatre starts off the New Year with the drama that was a 1994 Pulitzer Prize Nominee and the 1993 winner of the American Theatre Critics' Best New Play Award. Keely and Du tells the compelling story of two women caught on extreme ends of the controversial issue of abortion. Performances of this acclaimed drama by Jane Martin, the author of Talking With and Vital Signs run January 18 through February 2 at the theatre located at 154 W. Chicago Street in downtown Valparaiso.

Valparaiso Noon Kiwanis Club brings to Valparaiso the Purdue Varsity Glee Club for a live performance on January 20, 2019 at the newly renovated Valparaiso High School Auditorium!  All profits are returned to the local community through the Kiwanis Club of Valparaiso.  Kiwanis supports local youth leadership, local non-profit agencies which support families and children, and scholarships for senior students in five area high schools.

Featuring the Chris and Lou Band and the Crawpuppies

Please "like" and monitor our Facebook and Twitter feeds later in the week if you are planning to attend this event. Some forecasts call for a major winter storm to impact Chicago/Northwest Indiana this weekend. If that is the case, we will likely cancel our on-board educational program on Saturday, January 19 in the interest of not putting our guides or fans at risk of driving to Downtown Chicago. We hope to make a decision by Thursday night at the latest. Many other program dates are upcoming including January 26. Our new passport stamps would then debut on February 23. Head to www.RailRangers.org for a complete listing. Thanks for understanding!

Keeping food cold in our early history was not an easy job.  However, La Porte County played an important role in this by being a big producer of ice.  Ice harvesting on the lakes in the county was a large industry.  In conjunction with the display of information about this industry throughout the museum during the month of January through early March, Fern Eddy Schultz, La Porte County (IN) Historian will be relating information about  this industry in a program presentation at the La Porte County Historical Society Museum, on Saturday, January 19, 2019 at 1:00 p.m.

This is such a cool venue and last time we were there it was one helluva party. Come join us. Heck get a room and stay all night.

Spots are still available for the annual "Rolling for a Reason" fundraiser for Catherine McAuley Clinic on Saturday, Jan. 19, at Stardust Bowl III in Dyer.
Individual bowling sponsorships are $45 and teams of five are $225. Registration is available until Jan. 11, unless our limited amount of lanes sells out prior to that date.

January 20th - Digging into the Past

Have you ever wondered what the Calumet region was like before it was settled by Europeans? How did traders and settlers impact the Native Americans? Les Marzalek, President Archeo Survey Corp., will be our guide on an exploration of the past.