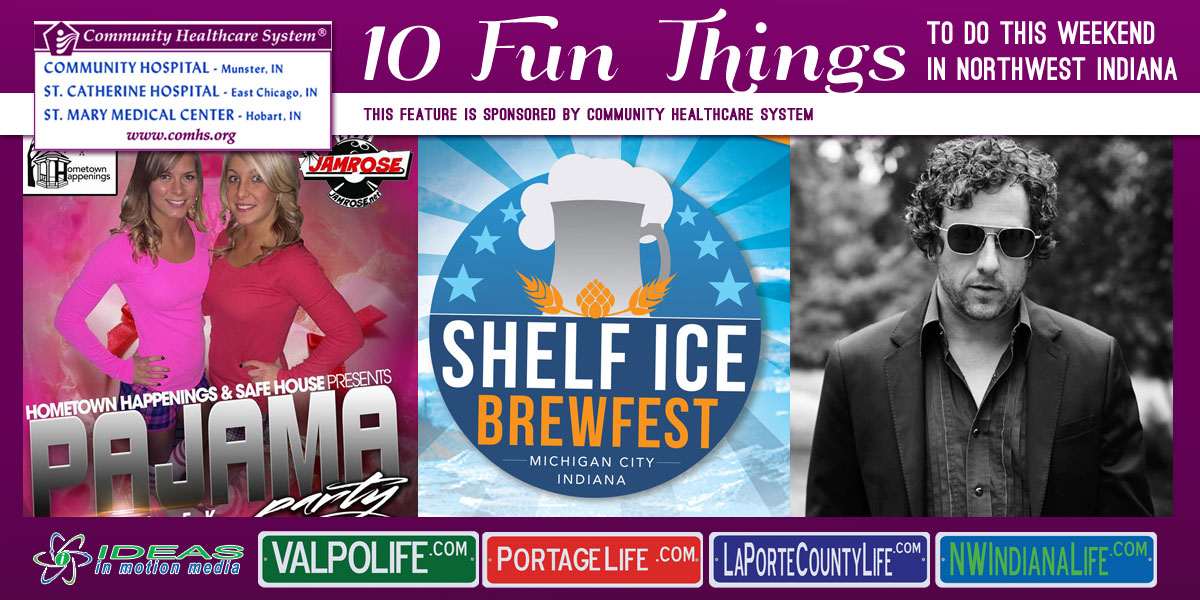 It may be cold outside, but there are enough fun events taking place throughout the region that you'll be able to stay warm and enjoy the weekend anyway! Take a look at this week's roundup, featuring theatre shows, concerts, a brew fest, a Hall of Fame induction and more! As always, if you have an event to share, send us an email at share@ideasinmotionmedia.com!

Imagine Music Concert Series Presents Will Hoge
Coming to the Memorial Opera House on Friday, February 6, 2015 7:30pm, Will Hoge will make his mark in the Imagine Music Concert Series. Will Hoge is an American singer, songwriter and musician from Nashville, Tennessee. Hoge grew up in Franklin Tennessee, a rural suburb of Nashville. His sound is heavily influenced by his musician father and uncles and the extensive record collection his father kept.

See a Show at the Portage 16 IMAX!
There are a number of great movies out this weekend at the Portage 16 IMAX, including The SpongeBob Movie: Sponge Out of Water, American Sniper, Jupiter Ascending, Seventh Son, and more! Plus while you're there, you can enter to win free movie tickets for a year!

Portage Parks' 2015 Daddy Daughter Dance Promises to Be a Delight
Portage Parks and Recreation Department is proud to announce registration is open for the 2015 Daddy Daughter Dance taking place from 6-8:30 pm on Friday, February 6, 2015 in the Oakwood Hall. The dance is a time for girls to be honored, loved and to create lasting family memories. Daughters of all ages are encouraged to attend, from toddlers to adults.

Find a Place to Go Sledding!
The sledding hills at Oak Ridge Prairie and Lemon Lake will be open through March when an adequate snow base allows. Call after 9 am to see if the hills are open before you come out (visit our friends at the South Shore CVA for their suggestions). Lake County Fairgrounds in Crown Point, home of the Lake County Fair in the summer, is another favorite place to go flying down the hill. In Valparaiso, Rogers-Lakewood Park and Forest Park Golf Course are both great places to sled.