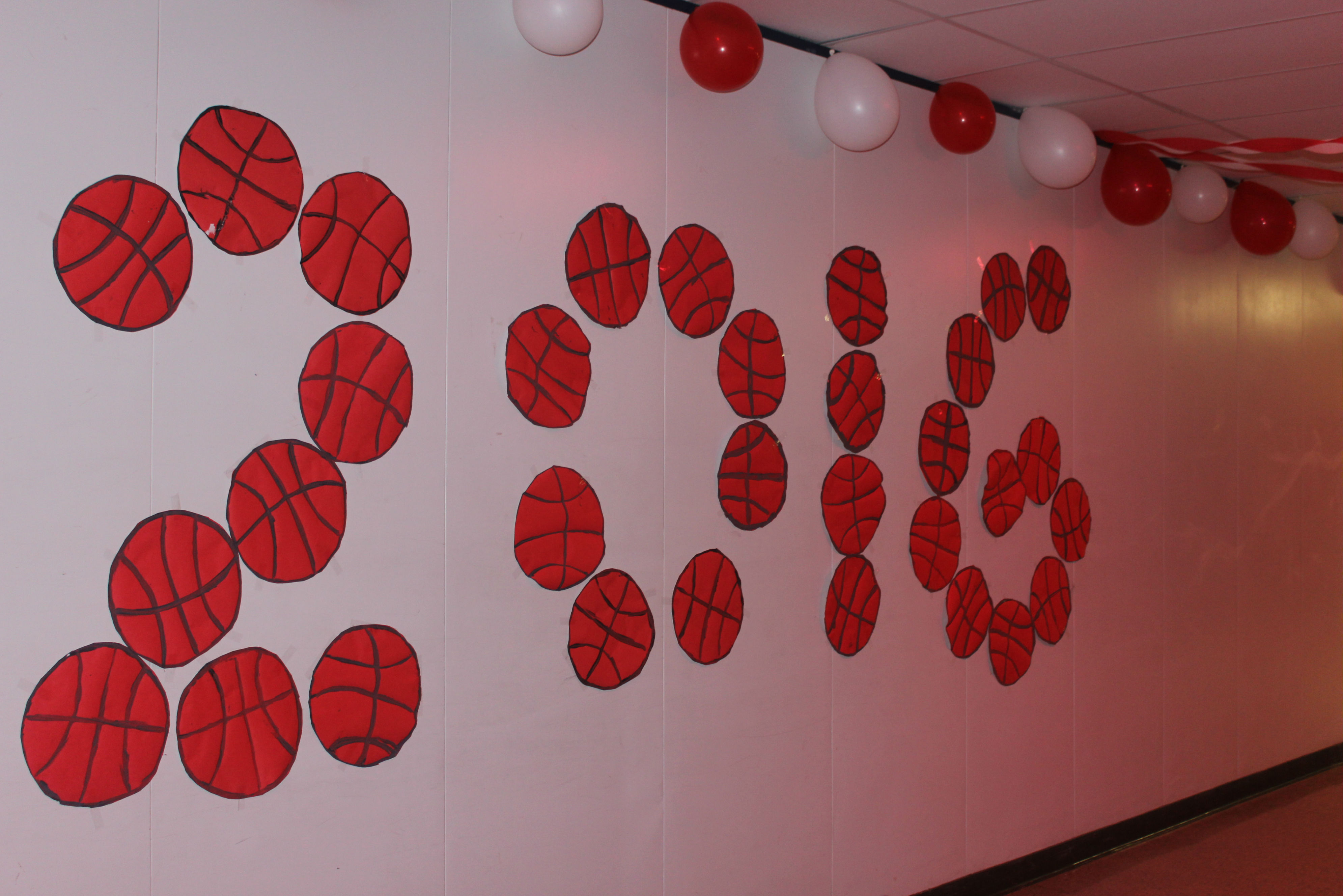 Day by day, week by week, school can become a boring, recurrent cycle. That is…until spirit week. Hosted by Student Council, five days of costumes, decorations, and school spirit made up the second spirit week, the last of this year. To show school spirit, every class decorated a hallway, each with a special theme. In addition to the hallway decoration, each day had a ‘costume’ to go along with it.

To start the week off, everyone came to school in college wear. ‘College Day’ was a way for students to show off their favorite universities or colleges through hoodies, sweatpants, and t-shirts.

For Tuesday, Student Council chose a classic; Cowboy day. Because the dress code does not allow jeans or any type of plaid, students dressed up in jeans, flannels, and boots. 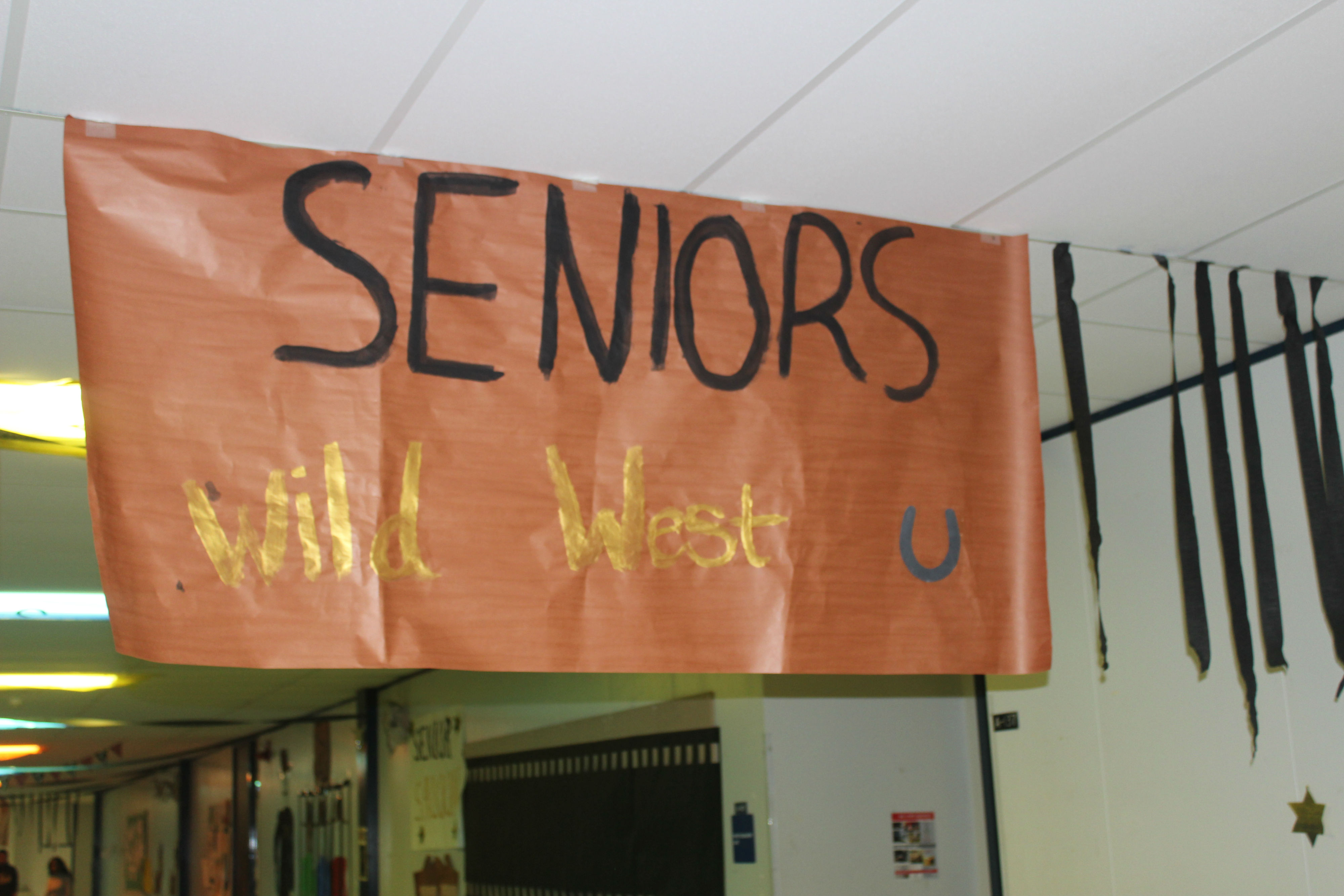 While Thursday was planned to be "Class Shirt Day", school was canceled and with it, the theme. There was also a pep rally scheduled that day but the weather had other plans for the students.

Then, when everyone returned from their day off on Friday, almost every one took part in "Formal Friday". Guys dressed in ties, even suits, walked the halls along with all the girls in their dresses.

Even though the dress code is very nice, ‘Formal Friday’ was just a fun way for students to get dressed up and show school spirit in their own fancy way.

Though the costumes and themes were the spotlight of spirit week, hours were put in to make each class’s hallway look amazing, and they did. While it would be too hard to say whose actually were the best, the seniors had the most decorative.

For their last spirit week ever, the seniors' decorated their hallway with everything that was the old west. Through paper, staples, scissors, streamers, and much more supplies, the class of 2015 took anyone who walked through the English hallway on a trip to the Wild West. Wanted signs, a saloon entrance, and a jail cell for the freshman, sophomores, and juniors all plastered the sides of the hall. 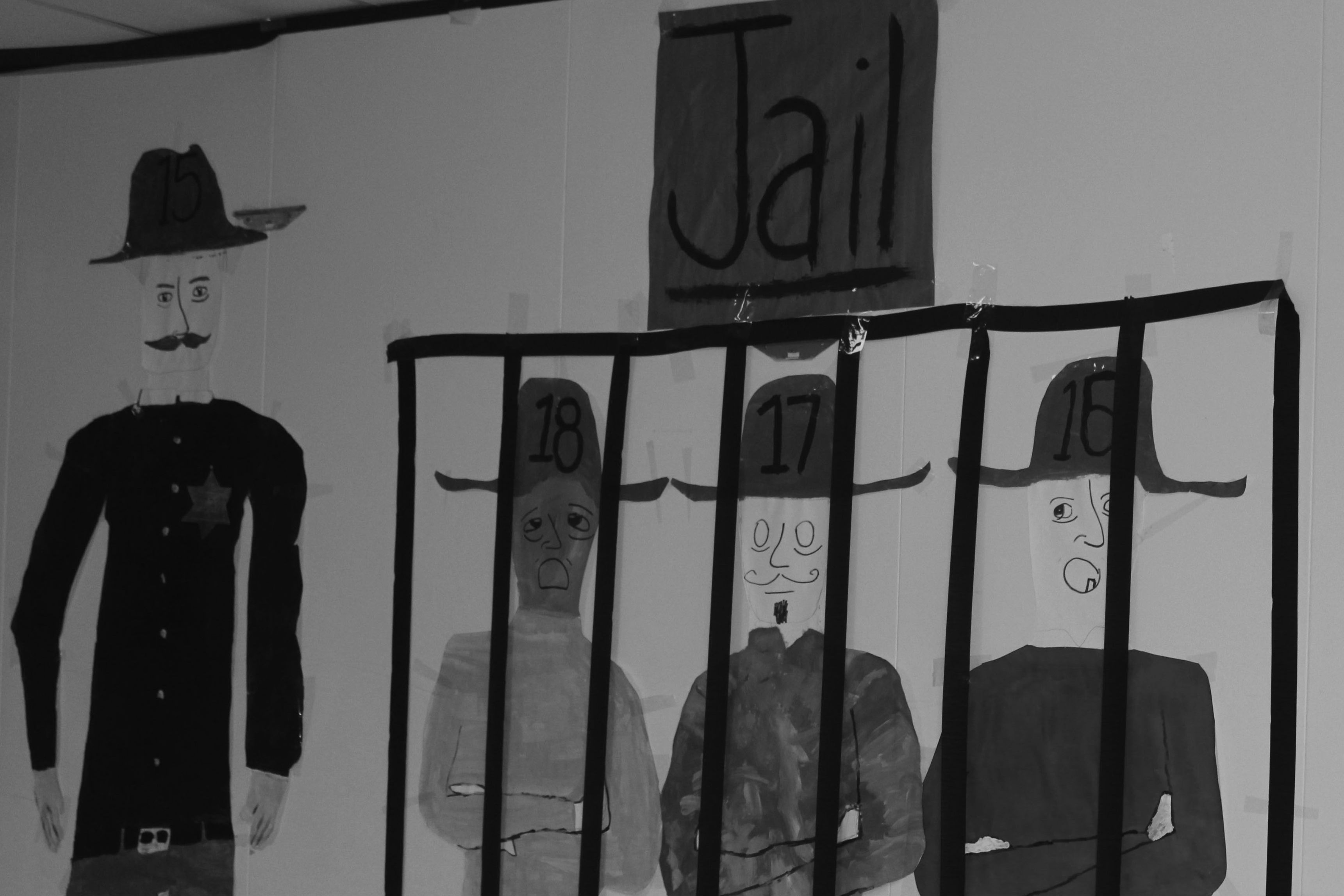 While the juniors did not seem to have a definite theme, it was decorated well. Red and white (the class colors) streamers hung from the ceiling tile while basketball cutouts formed into 2016.

The sophomores used their shirt theme to inspire their hall theme. Hippie busses and tie-dye lined the science hallway. Vibrant colors and colored lights carried the hallway to the spirited look it had all week.

Last but not least, the freshman. The chosen theme was Candy Land and the hallway looked like a scene from the board game. With cutout characters, colored spaces, and paper candy, the freshmen hallway rose above expectations.

With the last out of two spirit weeks of the year, it is safe to say this one was a success.